When I first began working in Newark, Delaware in the middle of the last decade, there were two decent record stores in town, both on East Main Street within walking distance of one another. Bert's Compact Discs, the one I preferred, was a little further away from the main campus of the University of Delaware, closer to Academy Avenue. This place was a pure music store, stocking a pretty wide selection of import and independent music. The other place, Rainbow Books & Music, was practically sitting inside the university gates. Its selection of music was a lot narrower; in addition, the discs shared space with a textbook and used-book shop. In other words, music wasn't the main focus there, like it was at Bert's.

So for my first couple of months in the area, my visits to Rainbow were few and far between - for me, Bert's was where the 'action' was. I got turned on to Of Montreal in that store, when during one visit, the shopgirl played a prerelease version of a song off of the band's upcoming album, 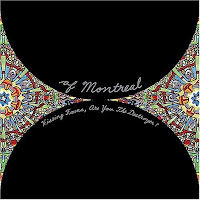 Hissing Fauna, Are You The Destroyer?, that I went nuts for. I found ultrarare CDs by New Zealand noise artists (and old favorites) The Dead C there, along with a bunch of other great stuff. I really loved that record store.

During that winter, I went through a lull for a couple of months where I didn't visit the CD shops or purchase any music. I can't recall why I stopped for a while; there probably wasn't anything left that I wanted to get my hands on at that particular time. Finally, one day after work, I decided to drive downtown on my way home and see what was new at Bert's. I was shocked to discover that Bert's had disappeared, seemingly overnight - replaced by a religious bookstore. The change was so thorough and complete that you couldn't even tell that a great music store once resided there. I stood there in front of the entrance in stunned silence, snow flurries swirling around me, shocked and saddened to find that Bert's was no more. I then turned, and for the first time in many months, trudged up the street to Rainbow.

As I mentioned earlier, Rainbow had nowhere near the quantity and selection of music that the other now-defunct record store had. But Rainbow had two things going for it - a fairly large used CD section full of discounted music (a lot of dross to be found in there, to be sure, but in my later visits I found more than enough that was worthwhile), and a section of shelves around the corner and behind the register that held special staff picks and promotions.

I browsed the used racks, but nothing jumped out at me. So on my way out, I stopped to take a look at the promotions shelf. The theme that month was jazz and swing, and featured prominently was a large purple-and-black boxed set containing ALL of Billie Holiday's Columbia Records recordings.

Now, I'm a HUGE Billie Holiday fan, and have been since high school. Back when I was a freshman and involved in the school drama club, one of my first parts was as a featured player in a one-act play called "The Death of Bessie Smith".

Up until I had been cast for that show, I had no idea who Bessie Smith, the former "Queen of the Blues", was, nor had any real understanding or interest in the jazz and blues music from that period. So I began educating myself, checking out old records from the local library and reading up on Ms. Smith and other artists from that era, eventually coming around to Billie Holiday. She quickly became my favorite from that period. A family friend had a couple of old Billie Holiday records, that I borrowed and copied onto cassette tapes, and kept in my possession for years. To me, her voice was the personification of jazz and blues. My favorite Holiday song was (and is) "Speak Low" (Please use the 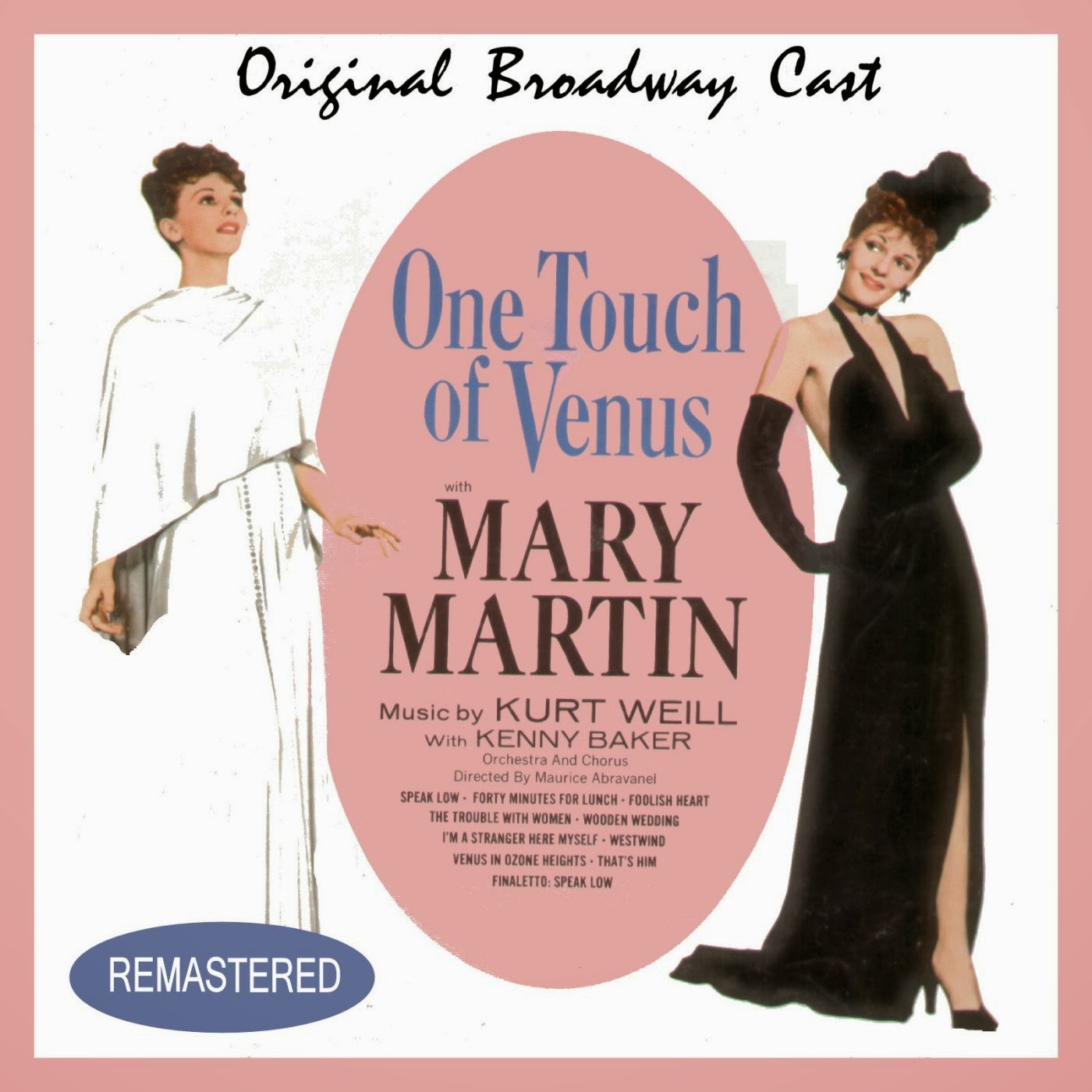 email link to contact me for the link to this song: Send Email), which I thought was an original of hers; I learned later that the song was a reworking of a tune from an old WWII-era Broadway show called One Touch of Venus, and was written by none other than the great Kurt Weill, with lyrics by the famous poet Ogden Nash. Holiday just made the song her own, and in my opinion her version of it vastly improves upon the original.


So needless to say, when I saw this ten-disc set, I was very excited . . . until I saw the price tag. The sum thar Rainbow was asking for it was well beyond my means at the time. But I coveted those tunes, so much so that I made what was at that point a rash decision - I was bound and determined to head to Atlantic City that weekend and WIN the purchase price of that music at the poker tables there. I asked the shopkeeper to hold the set for a couple of days, and I would come back for it by Monday. He did as I requested, but all in all he didn't seem too jazzed about it . . .

At that point in time, the prospects of me coming away from New Jersey's casinos with any kind of gain were slim at best. I'd recently started playing no-limit hold 'em again after a layoff of a couple of years, and my once-awesome skills were more than a little bit rusty. My last few trips to Atlantic City had been disasters; guys who I normally would have been wiping the floor with were taking my money seemingly at will. This was coupled with a long and demoralizing run of insanely bad luck, with opponents again and again catching miracle suck-out cards on the river to destroy me - the worst instance occuring during a session at the Borgata, when I turned one of only two straight flushes I've ever held in my life . . . and LOST the hand (that one STILL hurts to this day . . . ). But even with those multiple sessions of ass-kickage, I was confident that I would eventually turn it around and get back into my formerly winning form - hopefully sooner rather than later. I left for A.C. that weekend, full of hope.

Upon arrival in the New Jersey coastal city, I steered clear of bad-luck Borgata, and headed down to the string of casinos located along the famed Boardwalk. I decided to try the Tropicana, a favorite due to their large poker room and the overall ambiance of the property (I try very hard not to be superstitious . . . but at that point I could use all the positive vibes I could find). I made my way down past the shops and restaurants, and quickly found a seat at a $1-2 no limit hold 'em table. My hands were actually sweating as I sat down - the ghosts and memories of all those bad sessions and hellacious beats all came storming back. But I tried to calm down, push those bad thoughts aside, and concentrate on what I was doing . . .

And for the first time in a while, my focus paid off - I made an absolute KILLING at the table that day! Cards kept falling my way, time and time again. By the end of that session that evening, I needed two racks to hold all of the red and green chips I had acquired. I felt like I finally got my poker mojo back! I drove home that evening a very happy man.

In the early afternoon of the next day, Sunday, I drove back to downtown Newark and entered Rainbow. "Remember me?", I asked the guy behind the counter. "I hope you held on to that Billie Holiday set." He seemed very surprised and happy to have me come back as I promised I would; I suspect that his prospects for selling such an expensive set to impoverished students in a college town like that probably weren't too optimistic, so essentially I was doing him a favor by taking it off of his hands. I raced home with the huge leather-bound folder and over the rest of that day, proceeded to burn all ten discs onto my computer and into my MP3 player. In terms of quality and quantity of music, this set could not be beat. I must say that, even all these years later, I'm still very happy with my purchase!

So, on the 53rd anniversary of the death of one of the greatest jazz singers of all time, I proudly present to you Lady Day: The Complete Billie Holiday on Columbia 1933–1944, the full ten-disc set, the definitive collection of the music of the sublime Billie Holiday. This one is for the fans and yet-to-be fans of one of the greatest song interpreters of the century. As always, enjoy, and let me know what you think.