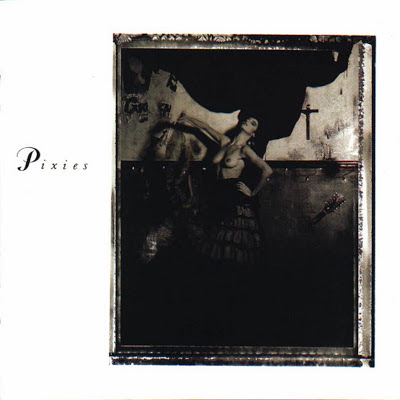 I was driving home from work today and listening to WBRU, when the DJ made a statement that made me feel very, very old:

The Pixies' Surfer Rosa was released 25 years ago today. 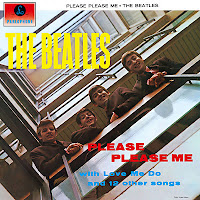 Twenty-five years . . . jeez.  It doesn't seem that long ago - and yet . . .   To put it in perspective, Surfer Rosa itself was released exactly 25 years to the day after the release of another historic record, Please Please Me, the Beatles' debut album.  Now, think about the progression, change and development of popular music in that quarter century between the Beatles and the Pixies' first albums - through bubblegum, progressive, glam, metal, punk, post-punk, New Wave, No Wave, New Romantic, etc.  The spark the Fab Four lit in 1963 ignited an explosion in popular music that is still being felt today.  The arrival of the Pixies should have signaled the start of another 25-year rock music renaissance.  And it did, sort of, for a while - but it didn't last nearly as long as what followed in the Beatles' wake.

As 'switched on' musically as I claim to be, I have to say that Surfer Rosa didn't come across my radar for quite a while.  In the first place, it was released overseas on England's 4AD, and its U.S. distribution (handled by Rough Trade) was somewhat limited.  Secondly, in 1988 I wasn't in one place long enough to pause and get a broader overview as to what was going on musically - around the time this album was released, I was moving from Georgia to Virginia to begin my military career, and shortly after I arrived in Norfolk, I departed with my ship on a long European deployment that keep me out of the States until just before Christmas.  Outside of the Boston area (the band's home base) and more musically 'with-it' locales (of which Norfolk was not one), the Pixies didn't make much of an impression on the overall U.S. music scene in 1988. 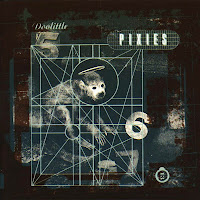 It was the release in the following year of their second album, Doolittle, that got me into the Pixies.  Doolittle was the band's first widely-distributed international release (Elektra took over the U.S. rights from Rough Trade), and as such it seemed to everywhere all at once.  Like practically everyone else who 'discovered' the Pixies that year, the gateway song for me was "Monkey Gone To Heaven", which I first heard one evening on the short-lived Hampton Roads alternative radio station (call letters long forgotten) while I was driving home to Virginia Beach down I-64 after a hard day's work at the Norfolk Naval Base.  By the time Black Francis was screaming ". . . And GOD is SEVEN!  And GOD is SEVEN!  And GOD is SEVEN!", I was already making a swerving detour onto I-264 towards the mall to buy this album as fast as I could.  I picked up a cassette copy at Big Daddy's Records & Tapes store at Military Circle Mall (that store's big claim to fame was its "lifetime guarantee" - if any tape or CD ever broke or went bad on you, they vowed that they would replace it for free, no questions asked.  Needless to say, the place no longer exists . . . ).

Later that spring, my ship entered Norfolk Naval Shipyard to get a new fire control system installed.  With no overseas deployment scheduled for that year, I spent the warm spring and summer days and weekends In the Norfolk/Virginia Beach area, going to the beach and hitting the clubs with my friends, with Doolittle blasting through my open car windows the entire time.  I absolutely loved this album, so much so that I quickly began looking for additional Pixies releases.  I found a cassette copy of Surfer Rosa up in DC at my old standby, the George Washington University branch of Tower Records.

I thought that nothing could top the brilliance of Doolittle . . . until I heard Surfer Rosa.  EVERY song on this album was a winner, including my personal favorites "Brick Is Red", "Cactus" and "Break My Body".


Big Black's Steve Albini, who produced the album, was openly contemptuous of the Pixies during the sessions, and soon afterwards said several disparaging things about the band and their music, admitting in interviews that many of the seemingly innovative recording techniques he used on Surfer Rosa (having band members sing in an echo-ey concrete restroom, running vocals through guitar amps, or including extended studio banter on the record) were done basically to amuse himself, and not necessarily to benefit the band (yes, he's (or at least was) an asshole . . . but he later apologized for his remarks and attitude, heaping praise on the group).  But despite Albini's personal feelings at the time and however you feel about him, whatever he did on Surfer Rosa worked.  He and the band created a unique, groundbreaking, classic album.

Looking back, you would have thought that the release of Surfer Rosa and the rise of the Pixies in the late '80s/early '90s would have led to the same sort of long-term, lasting emergence of musical innovation and variety that occurred in the wake of Please Please Me twenty-five years earlier.  And for a while, that was the case - I think that that five-six year window after the Pixies' debut album came out was not only the Golden Age of alternative music, but really the last time when great music not only seemed to be coming out of everywhere, but was being duly acknowledged as 'great music' in its present period, not long afterwards by music critics of the future.

[Now, I'm not saying that the Pixies were the direct cause of all of this happening; Lord knows that there were many other influential bands around during and before this time also serving as groundbreakers and catalysts.  But the band and this album serves as a convenient touch-point, a place to point at and say "See?  Here's where the floodgates began opening" and fantastic tunes began flowing in from seemingly every corner.]

During that time period, bands that a few years earlier were and might have been little-known, little-heard 'cult' bands - Ween, Sonic Youth, They Might Be Giants, Nitzer Ebb, The Sundays, Pavement, PJ Harvey, Stereolab, Cocteau Twins . . . (I could go on and on) - became widely recognized, popular and commercially successful groups.  It was the heyday of independent and college radio stations, which were widespread across the country and had the courage to buck the mainstream and play 'non-commercial' music.  Alternative music morphed into several subgenres - indie, jangle pop, Madchester, riot grrl, ska-punk, and of course grunge, to name a few - all of which thrived, at least for a while.  But this "golden age" was relatively short-lived, and by the mid-1990s it definitely felt as though an era had passed, and the apparent willingness of the media to continue exposing and championing new bands and cool sounds had come to an end.

You can't quite put a definitive date on when music started turning to shit in the 1990s, but the breakup of the Pixies in early 1993 is a pretty good point to mark the beginning of the end.  I remember following the various rumors and bulletins related to their demise during the winter of 1992-93, first with disbelief and shock, then with sadness and resignation.  It was heartbreaking, witnessing their acrimonious end; in a way, the Pixies had become more than just a band, to myself and many others.  I don't think I'm overstating the feeling that lots of us shared back then - the Pixies and their music represented more than just a genre (alternative) or a style (LOUDquietLOUD) or a location (the fabled 'Boston Scene').  They represented an entire era, when the unfamiliar and experimental and exceptional, for a while, became the norm - an era that with the band's passing would never again come to pass . . . sort of like the Beatles, in a way.

OK . . . I guess I've said more than enough about this group and this disc.  Music is what you're here for, and music is what you're gonna get!  Here, for your listening pleasure, is Surfer Rosa, the Pixies' first full-length album, released March 21st, 1988 on 4AD (what I'm offering here is actually the Surfer Rosa/Come On Pilgrim compilation, which I picked up on CD a couple of years after my cassette purchase).  Enjoy this album as you think back over the past twenty-five years of so of YOUR life (assuming you're that old) . . . and as always, let me know what you think.

Labels: 1988, 4AD, Alternative, Rolling Stone 500, The Pixies
Newer Posts Older Posts Home
Subscribe to: Posts (Atom)
Saying "Thanks" for the music you receive from here costs you absolutely nothing, and yet is worth quite a bit to me… If you can't bother leaving a comment on this blog for the first album/set we send you, don't bother making a request For a second album…