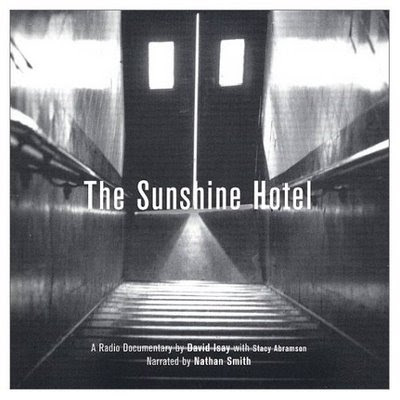 In my opinion, this is the single best story EVER presented on National Public Radio. I heard this show when it was first aired in the late summer of 1998, as I was driving home from work in Texas and listening to NPR. The Sunshine Hotel is one of the last of what used to be scores of flophouses in the Bowery section of New York City, places where the transients, hoboes and alcoholics in that area could find cheap temporary lodgings while sleeping off their latest bender. At one time, tens of thousands of men lived in the scores of cheap hotels lining the streets of this area.

For several months earlier that year, two radio producers from a foundation called Sound Portraits.org, David Isay and Stacy Abramson, were given unprecedented 24-hour access to the Sunshine Hotel and its denizens. They recorded dozens of hours of audio, which they then edited down into a combination documentary/sound collage that captures not only the story of the place, but the ambience and feel of living there. The 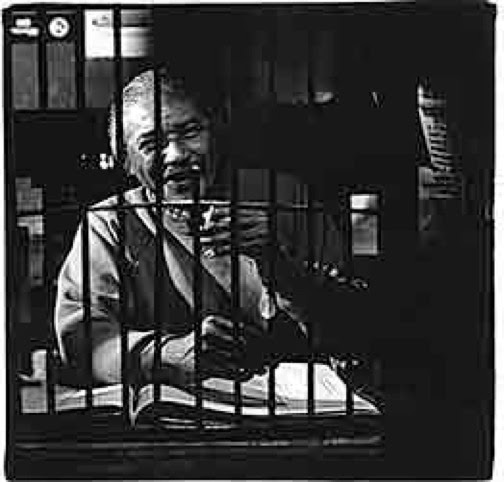 narrator of the piece was Nathan Smith, the hotel's longtime manager, who, despite his gravelly voice and 'Nu Yawk' inflections, exudes personality, warmth and humanity as he describes the grim way of life there. And what he describes is not pretty - dank, tiny cubicles with ceilings of chicken wire and beds full of fleas and bedbugs, occupied by a motley collection of addicts, mental patients and other castoffs of society. But with Smith's words, and the stories of some of the dwellers there, the people occupying this filthy, nearly forgotten throwback to another era became more than just a collection of losers, head cases and down-and-outers on the tail end of society. They are real people, with issues and adversities that most of us will hopefully never have to face. I found the entire story fascinating, so much so that I continued listening to the show long after I arrived home, sitting in my driveway to hear it in its entirety.


Many years later, I was in New York City visiting an old friend from New Zealand, who was over in the States on a brief vacation. She had an artistic bent, so we spent most of the time going through some of the city's top art museums: the Guggenheim, the Metropolitian Museum of Art, the Museum of Modern Art. She was staying with some people who had an apartment on St. Marks Place, and the plan was that we were all supposed to meet downtown later, then decide where to go for dinner. The location selected for our meeting place was the lobby of the New Museum of Contemporary Art, a funky, modern building located on Bowery, about two blocks south of where CBGB's used to be. Everyone was there at the scheduled time, and the decision was made to try a restaurant up on East Houston Street, so we all walked out and headed north. Just past the museum facade, I happened to glance up, and noticed this sign: 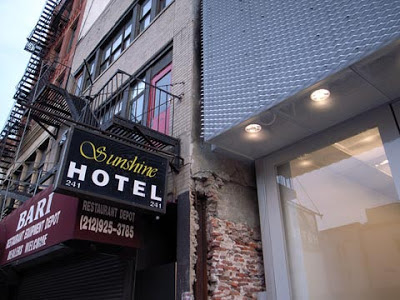 The legendary (in my mind) Sunshine Hotel was RIGHT NEXT DOOR to this place! I was momentarily tempted to stop and go inside, but I don't think the group of people I was with would be too keen on waiting for me while I explored what no doubt appeared to them to be nothing more than a nasty old tenement. As far as I knew, they hadn't heard the story of the place, so they just didn't know what it meant.

A couple of months after "The Sunshine Hotel" aired, the same producers presented another piece on NPR, "Charlie's Story", as an adjunct to their earlier show. Seeking a more first-hand look at life in these transient hotels,

Isay and Abramson befriended Charlie Geter, a long-time resident of the Palace Hotel, another Bowery flop. They gave Geter a tape recorder and asked him to interview other residents of the Palace Hotel and also tell his life story. It took Geter two years to finish the project, hampered by the reluctance of other hotel residents to tell their stories to him, and also facing his own serious health issues during that time.

But he DID complete it, and turned in a narrative just as compelling as that of "The Sunshine Hotel". This was another story that I sat in the driveway listening to from start to finish. The last voice heard on the recording is that of Geter, describing his troubled upbringing and his lack of accomplishment at any phase of his life, and how by finishing the project Isay and Abramson entrusted him with, how proud he was at finally completing something of substance and worth that will live on after he's gone.

Of everything in that story, those final words were the ones that got to me; I think of them often. Everyone, no matter what their rank or station, wants to leave some part of themselves behind that people will recall and remember. It makes me think about what part of my work or legacy, if any, will be remembered when my time comes . . . or if I'm destined to be just one of the anonymous, unnoticed billions who have come before and will eventually come after me, contributing my own small part to my miniscule corner of the world, but having no impact or influence on the great events or movements on this planet. We'll see, I guess.

Apparently, David Isay has the same sort of thoughts that I have, about the stories and histories of ordinary people. He eventually founded StoryCorps, a non-profit organization set up to record, preserve, and share the stories of Americans from all walks of life (if you listen regularly to NPR, you've no doubt heard some of the stories collected by this group).

But enough about that for now. NPR released both of these Bowery stories on CD at the tail end of 1999, and I wasted no time in purchasing the disc. So here, for your listening pleasure, is The Sunshine Hotel and Charlie's Story, produced by Sound Portraits.org and aired on National Public Radio on September 18th, 1998 and December 30th, 1998, respectively. Enjoy, and as always, let me know what you think.