Latest Poll Results: "What do you consider to be the greatest consecutive three-album run in rock history?" 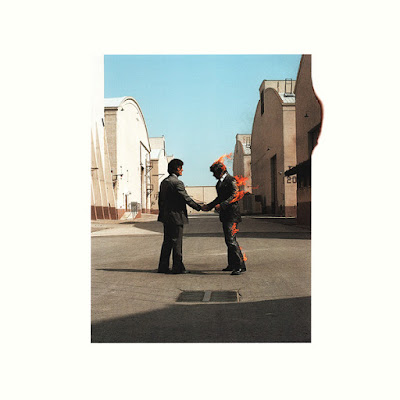 Thanks a lot for all of the participation in the last poll, regarding the greatest rock three-album run... Here are the results of your voting:

Gotta say I was somewhat surprised to see Pink Floyd edging into the top spot; my preliminary assumption would be that The Beatles and The Rolling Stones set would battle it out for #1 and #2 (not to pick favorites, but I was pulling for the Stones). And it's good to see some love going to Talking Heads' Eno-produced trilogy and the first three Ramones albums - all have long been favorites of mine, so it's nice that others also acknowledge their greatness. David Bowie did pretty well overall as well all told, although his may be a case where he was too good - Bowie put out so much great music that I had to include two triple-runs of his on this list; voting on one or the other of them may have cancelled out consideration of the other set.

On the other (less heralded here) end: I thought that the Radiohead set would poll better than it ended up; I figure that the band's releases are sort of like bourbon or wine - since it's been only seventeen years since the release of Kid A, their oeuvre has yet to mature and mellow in the minds of rockophiles into something "classic" and truly enduring. Check back in a decade or so. And it was weird to see The Who get stiffed here - albums like Tommy and Who's Next are considered to be almost holy works in the rock world. I guess compared to these other classic sets by other artists, folks felt they came up a little short - I don't know.

Aaaaaannnnny-hoo...  In response to your votes, I salute the champions, Pink Floyd, with the following offerings for you:
Anyway, again, thanks for your input. Enjoy, and as always, let me know what you think.