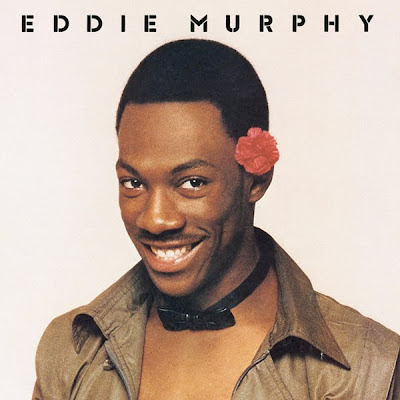 As I mentioned in a previous post, at one time I made a concious, concerted effort to subconciously mold and influence my kids' musical tastes into something resembling my own - an attempt that frankly was an abject failure. But over the years, as my children have grown, it has been interesting and fun to see them develop their own tastes, and marvel at the things they start to like - especially so when those likes begin to mirror my own.

For example, my younger daughter and son are still at the stage where "Spongebob Squarepants" and "Phineas & Ferb" rank high on their lists, in terms of cultural relevance and quality entertainment. She loves playing with her dolls, and he with his toy soldiers, and they both enjoy the Poptropica and Club Penguin websites and their Xbox and Wii games. With all of those activities and programs capturing most of their attention, I assumed that they were absorbing very little, if any, of the music I played around the house.

However, a few months ago, while we were all driving somewhere, I was playing some tunes off my mobile device through the car stereo (I always keep my iPod in the car, for on-the-go tuneage). My little girl suddenly piped up, "Daddy, would you play that 'Lobster' song, please?" 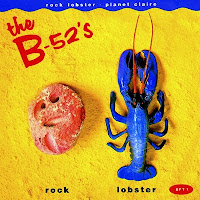 I quickly figured out that she was referring to the B-52's "Rock Lobster", and put it on for her.

While it was playing, I happened to glance back at my son. Now, his favorite pastime while riding in the car is playing one of the several games I have for him on my iPhone - Angry Birds, Smash Cops, Major Mayhem, Jetpack Joyride. Usually, he's so locked into these games, that I have to impose limits on how long he can play them. So, needless to say, I was surprised to see that, as "Rock Lobster" played, he had actually turned the iPhone OFF, and sat in his seat, head down, playing air guitar a la Ricky Wilson . . . for the ENTIRE song! When the song ended, they asked for an immediate repeat; all in all, I played "Rock Lobster" six times in a row for them, with my son pantomiming every note every time, and my daughter learning the correct sounds to make every time Fred Schneider called out "Dogfish!" or "Sea Robin!" It was very funny, and very good to see.

My third child, the oldest (tween-aged) daughter, has her own iPod, and with it she has established her own musical tastes - mostly showtunes (like the soundtracks to Cats, Wicked and West Side Story), Michael Jackson songs and a smattering of lightweight pop like Demi Lovato and Katy Perry (*sigh* . . . yeah, I know). But occasionally I can sneak something onto her device that she 'discovers' and falls in love with. 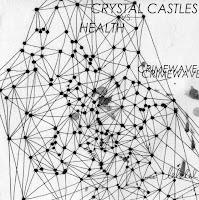 For instance, a couple of months ago, I surrepticiously put Crystal Castles' "Crimewave" in her playlist - she found it, thought it was the greatest song in the world, and now she's a devoted Crystal Castles fan. But I don't do a lot of that sort of stuff - I'd rather let them discover their own media likes . . . although in more than one case, it's left me with some awkward situations to deal with.

I have a couple of Apple TV boxes in the house, connected to the TVs in the living room and in the girls' room. Apple TV allows you to, among other things, wirelessly stream the contents of your iTunes music and video database directly through your television - so instead of crowding around a computer screen to hear a song or watch a show, you can hear/view stuff anywhere in the house. Through Apple TV, my oldest daughter discovered my Monty Python collection (I have the entire series, along with all the movies, digitized in my hard drive). Over the past year, she's watched every single episode and film multiple times, laughing her head off every time; she knows Monty Python cold now, and through her exposure to it, it's sparked her interest in comedy.

I also have a show on my computer called The Best of Eddie Murphy, featuring some of his most celebrated sketches from his time on NBC's "Saturday Night Live" - you know, stuff like Gumby, Mr. Robinson, and of course Buckwheat; pretty mild stuff comparatively, but still hilarious. She found that on Apple TV early last month, and enjoyed it immensely, watching it multiple times and even putting the show on her mobile device, so she could watch it on the go.

Over the Labor Day weekend, I surprised the children with an "end-of-summer" trip to a nearby amusement park. It took about an hour to drive to the park from my house, and my daughter brought her iPod along, watching the Eddie Murphy clips all the way there. We spent all day at the park, riding the rides, seeing the shows, eating stuff that wasn't particularly good for us and splashing around at their on-the-grounds waterpark. The kids had an absolute blast, which was all that I hoped for. As the park closed, I loaded up my three happy, tired children into the car and began the long drive home.

My oldest daughter turned her iPod on early in the return journey, but found that it was running out of power.

"Daddy? Can I plug my iPod in to charge it up?" (I have a Apple device car adaptor)

"No, honey - I'm sorry; I need the plug to charge up my phone. But you can listen to Daddy's iPod if you want."

I handed my device back to my little girl, and for the next ten minutes silence reigned in the car. Then I heard a sound coming from the back seat:

I looked back through the rear-view mirror to see my daughter covering her mouth and shaking with laughter. I asked, "What's so funny, sweetheart?"

In the most innocent voice possible (a telltale right there), my daughter answered, "Ohhhh . . . nothing!"

"What are you listening to, honey?"

Just as before, I let it go - she was enjoying herself; so be it. But a minute later, when she snickered again, I laughingly asked her what was making her laugh so much.

She paused for a moment, then said, "Well, I found these old Eddie Murphy albums on your iPod . . ."

My immediate thought was "Oh, shit." Eddie Murphy's comedy shorts on SNL, while funny, are only a bit risque - as much as he could get away with on network TV. But the stuff on his comedy albums is a FAR CRY from the material my daughter had seen and was used to - filled with profanity and references to "faggots" (pardon the term), "motherfuckers" and "big dicks". I was mortified, and my initial impulse was to either reach back and snatch the iPod from her ears as quick as I could, or otherwise tell her to turn it off and find something else to listen to . . .

But just as quickly, I reversed myself, and decided to just let it go and let her keep listening. You know, your kids are your kids, and over the years as you raise them, you tend to think of them as these innocent little tykes needing constant monitoring, nurturing and protection from all of the bad things in the world. But I think that most parents (myself included) maintain this image of their children for a lot longer than necessary. Kids grow up pretty quickly, especially in these times, and it's both impossible and foolish to try to keep from exposing them to the reality of the world - both the good stuff and the bad (racism, profanity, obscenity, etc.). Instead of putting up an iron wall between them and these sort of things, I've found that it's better to erect a door instead, allowing these things to enter their lives slowly, with some level of control, and together with them helping to understand and deal with these issues. When the odd event or situation slips through or around that 'door' into your child's life, outside of your control, instead of freaking out or trying to pretend it's not there, having an approach like this already established helps you to deal with it in a more rational way.

My oldest daughter is pretty smart and switched-on; after a year of watching Monty Python, she 'gets' politically incorrect humor, knowing why it's funny in certain circumstances, but also knowing why it's not for general audiences. The last thing I'd expect her to do is start repeating these riffs in front of her mother or grandparents - she knows better than that. So that makes my job a little easier . . .

Besides, she thinks the stuff is hilarious, and she's right. In the wake of Murphy's meteoric rise in the 1980s, followed by his uneven career (to put it mildly) of the past twenty-odd years, it's easy to forget what a bombshell his debut comedy album was when it was released in November 1982. At that point, Murphy has been on SNL for two years, for the past year being the breakout cast member and biggest attraction during a lackluster period in the history of the show. The album Eddie Murphy was really the first time a national audience got to experience the REAL Eddie Murphy - profane, powerfully cynical, urban, raw. Some of the routines on this first release have become classics: "Talking Cars", "Black Movie Theaters", "Myths/A Little Chinese" - and my personal all-time favorite, "Drinking Fathers".


Most of this album is a laugh riot, with the only off-notes (pun intended) coming from the two weak songs Murphy saw fit to put at the end of each side, "Boogie In Your Butt" and the annoying "Enough Is Enough". Still, that being said, the release of Eddie Murphy was the opening salvo in a two-month onslaught of career successes in 1982 - the release of 48 Hrs. in early December, and his stint as guest host of SNL later that month (the first, and only, active cast member to ever host the show) - that by the end of the year had elevated Murphy to one of the biggest stars in the world.

Eddie Murphy extended that superstardom through the remainder of the '80s, but by the beginning of the 1990's, that momentum had petered out, weighed down by hubris and bad career decisions. Too bad. Even in the wake of his career decline and series of crappy, widely-panned movies (I Spy, Norbit, Meet Dave, Imagine That, and one of the all-time flops, The Adventures Of Pluto Nash- among many, many other stinkbombs), Murphy is still considered by people in my generation as one of the funniest comedians and greatest film stars ever. And this debut album is where that reputation took seed and began to grow. Heck - if it can still make my tween-aged daughter laugh, all these years later, I guess there's still SOMETHING to it, eh?

So, for your listening pleasure, Eddie Murphy, released by Columbia Records on November 6th, 1982. Enjoy, and as always, let me know what you think.