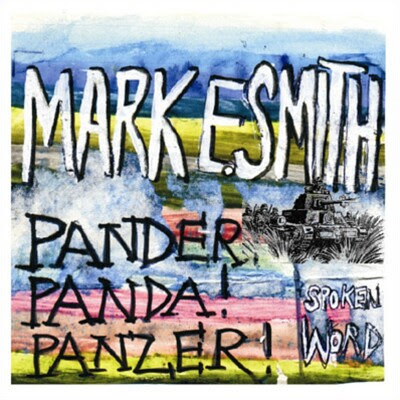 I've said it before, and I'll say it again - I think Mark E. Smith is an out-and-out musical genius, and it has been his innate intelligence and iron leadership that have, by force of will alone, kept his band The Fall alive and relevant for over 35 years and counting. A working-class bloke who is unusually well-read, his lyrics are sprinkled with literary references to William Blake, Christopher Marlowe and H.P. Lovecraft (among many others), and refer to historical events including the Protestant Reformation and the death of Pope John Paul I. And mixed in with these literary allusions are heaping dollops of his wicked and bitter, yet funny and thought-provoking sense of humor. Here are but a few of my favorite Fall lyrics:


- "The Wehrmacht never got in here . . . but it took us six years" (from "Middle Mass")
- "You're a walking tower of Adidas crap at a cobblers four times a month" (from "Octo Realm/Ketamine Sun")
- "I was very let down with the budget/I was expecting a one million quid handout/I was very disappointed/It was the government's fault" (from "Dog Is Life/Jerusalem")

He's no musician, and he doesn't possess what would remotely be described as a golden set of pipes. But for most of his career, Smith has wisely surrounded himself with a superb and ever-rotating group of instrumentalists, musos who are not only very good at what they do, but who also are able to translate Smith's sometimes dense and abstract vision and words into music that sounds like nothing else currently out there. That's another attribute of The Fall that doesn't get discussed enough - for nearly four decades, Smith has been able to constantly change his band's musical style, without following the current trend du jour (be it punk, New Wave, alternative, Madchester, grunge, etc.) and without pandering to his audience. And yet in every iteration, with every new Fall lineup, each album and every song produced over the years is immediately recognizable as being by "The Fall". There's a lot of truth in what DJ John Peel once said: "The Fall are always different, always the same." 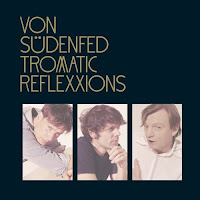 But Smith's literate and sometimes off-kilter wordplay can be VERY strong medicine, not only for those uninitiated into the whys, hows and wherefores of The Fall, but indeed for longtime fans as well. And like any powerful medicine, it goes down best either in small doses, or with something to ease its administration - such as the excellent music backing up those dense lyrics, provided by his Fall bandmates or by one of many groups Smith has fronted as either a member (Von Sudenfed) or as a guest (Mouse On Mars, Inspiral Carpets, D.O.S.E., etc.) over the years. Unadulterated Mark E. Smith is hard to take . . .

. . . Which is why I have problems with this album, his second spoken-word solo release (the first being 1998's The Post Nearly 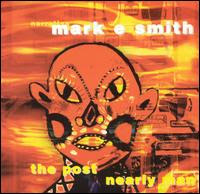 Man).  Similar to his earlier solo work, the disc consists of Smith reciting his poetry/stories in his inimitable voice, with absolutely no musical accompaniment - it's just pure Smith, through and through. Sometimes he sounds like he's reading at the bottom of a mineshaft, other times within a boiler tank, but in the end it's just him and his words. Unlike The Post Nearly Man, however, Smith disposes of breaking his readings down into manageable parts - Pander! Panda! Panzer! has no track listing; it's just one long, uninterrupted 42-minute long track. There aren't a ton of new ideas on this disc; a lot of stuff on it is essentially a rehash of the first spoken word album - "Enigrammatic Dream", for example, is reprised here. And Smith even goes so far as to plagiarize from The Fall; at one point here, he simply reads the lyrics from "Idiot Joy Showland" off of 1991's Shift-Work (not one of the band's most deathless works). Sad to see this from him . . .

Here's the bottom line: I'm a HUGE Fall fan, and I really, really, REALLY wanted to like this album. But in the end, Pander! Panda! Panzer! comes off as forty-plus minutes of non-stop ravings from a deranged old man. It makes me sad to say that, since it's been my experience that Mark E. Smith has rarely made a misstep in his career. But in my opinion, this is one of them. If you're going to issue what essentially is an artistic conceit, at the very least make it somewhat accessible to the audience you're trying to reach. I know that that's not Smith's style, but still . . .

As such, I can't recommend this disc . . . even the most rabid Fall fan will be hard-pressed to get through it all. There are some nuggets of gold encased in his long stream of words (hence the saying, 'Amidst madness, wisdom lies therein') - good luck holding out long enough to hear them.

However, if you're looking to test your endurance, here you are: For your consideration, Mark E. Smith's Pander! Panda! Panzer!, released on Action Records in 2002. Enjoy (if you can), and as always, let me know what you think.