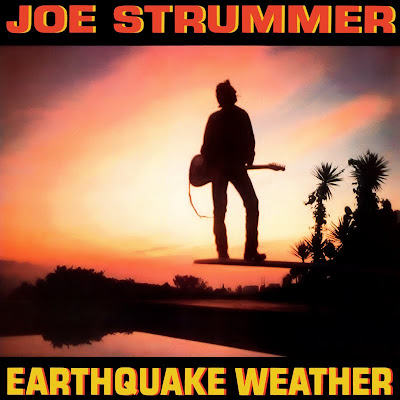 The Clash posts this week were all lead-ups to today, the tenth anniversary of the death of Joe Strummer.

I remember exactly where I was when I first heard the news: I was in Rhode Island, driving into work two days before Christmas and listening to National Public Radio. The announcement of his death was one of the top news stories; it was brief, and provided no details other than the basic journalistic "five Ws". But it was still a huge jolt to me. The Clash were about to be inducted into the Rock Hall of Fame in just a few weeks, and I was eagerly looking forward to a reunion. While still on the road, I instantly called one of my buddies and fellow band mates, a big Clash fan like myself. He hadn't heard the news; when I broke it to him, he was just as shocked as I was.

I spent all day a work in a funk, listening to Clash tunes on my Creative MP3 player. Later that day as I drove home, I listened to the NPR afternoon show, which had a more in-depth report on Joe. It was a very well-done overview/tribute to Strummer's life, and at the end of it, they did something extraordinary - they played "White Man In Hammersmith Palais" in its entirety.


I remember being amazed and grateful that a news organization such as NPR devoted so much time and showed so much respect to Strummer's life and music - they didn't just treat him like some dirty punk rocker, but as a serious artist and visionary.

After the collapse of the final version of The Clash following the disastrous and widely-panned release of 1985's Cut The Crap, Strummer spent the next few years working on musical collaborations with other partners - I think that the reception of the last Clash album rattled him a bit, and he began working on projects to get back his confidence in his music-making abilities and skills. He first teamed with filmmaker Alex Cox and contributed two songs to the soundtrack of his 1986 film Sid & Nancy. Strummer then ended his feud with former Clash band mate Mick Jones, and collaborated with him on Big Audio Dynamite's second album, No. 10 Upping St., producing the album and co-writing most of the songs. He then went back to work with Cox, contributing another two songs to the film Straight To Hell. Cox was so pleased with Strummer's input that he asked him to score his next movie in its entirety. The film, Walker (released in 1987), was widely panned and flopped at the box office (Cox never worked for a major Hollywood studio again). But the film's soundtrack received much critical praise, with Strummer's mix of reggae, rock, calypso and South American music receiving high marks. 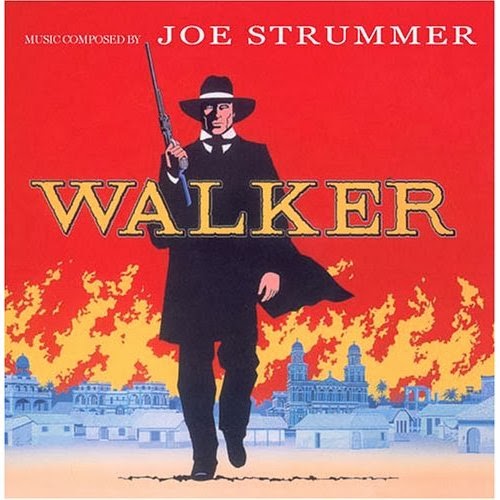 The positive reception of the Walker soundtrack gave Strummer back his 'mojo', and in 1988 he began working on his own material again, this time with no collaborator. He put together a backing band in Los Angeles (which included former Red Hot Chili Peppers drummer Jack Irons) and spent a year with them in the local studios, working on his new project and also cutting songs to contribute to another movie, Keanu Reeves' Permanent Record. The album Strummer and his band (now known as The Latino Rockabilly War) released, 1989's Earthquake Weather, was a return to form for him. I purchased the album the instant it came out, and played songs like "Shouting Street" and "Dizzy's Goatee" to death. It's not his finest work, in my opinion. But it was good to see Joe Strummer back out there, doing what he did best, and most critics seemed to agree with that sentiment. The album was well-reviewed, but sold relatively poorly.

Frankly, I don't think Strummer cared one way or another. Earthquake Weather is Joe dipping his toe back in the musical water, to check the temperature and to see if it was worth it for him to jump back in again. Apparently, he found that it was. Strummer gradually made his way back into actively performing, eventually putting together The Mescaleros and releasing three superb albums with them before his death.

So, in honor of and in tribute to the great Joe Strummer, here's Earthquake Weather, released by Epic Records on September 20th, 1989. Enjoy, and as always, let me know what you think.