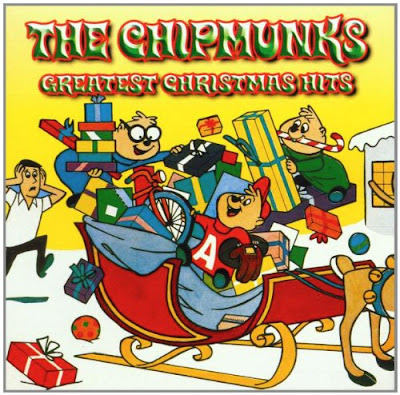 More Christmas music for you . . . This one's all but guaranteed to drive you and your household up the wall! Here's the lineup: 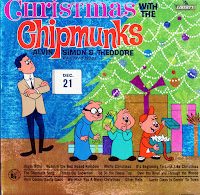 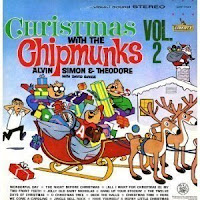 respective years, with the latter disc making it into the Top Ten and spending three months on the charts. Not too shabby a result for a former down-and-out bit actor and small-time composer, Ross Bagdasarian, who in 1958 spent the last of his cash on a varying-speed tape recorder and started messing around with it, achieving fame and fortune as David Seville with The Chipmunks and other novelty songs (including the hit "Witch Doctor").

The first song, of course, is a classic, with most of the others falling into either the delightful/adorable and/or annoying/execrable camp, depending upon your mood and tastes. The final song on this disc is the strangest one, a 1969 collaboration with popular boogie-rock band Canned Heat, then at the height of their fame. I found this brief description from a Canned Heat band bio:


In an incongruous move, the band next released a Christmas single. The “A” side, “The Chipmunk Song,” paired Canned Heat with their Liberty labelmates, the Chipmunks. The “Chipmunk Song” wasn’t actually the same song as the Chipmunks’ similarly titled 1958 chart-topper, but it was a good-natured boogie containing humorous dialogue between Bob Hite and the Chipmunks (Simon, Theodore and Alvin… named after executives at Liberty).

For good or ill, this stuff IS Christmas music - I leave it to you to determine your level of tolerance.

So here you are: Alvin & The Chipmunks' The Chipmunks Greatest Christmas Hits, a "best of" compilation of their first two holiday albums along with a bonus cut, released by Capitol Records on September 21st, 1999. Enjoy, happy holidays, and as always, let me know what you think.