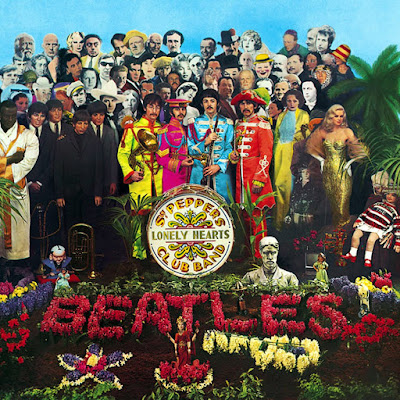 What is widely considered to be the greatest rock album of all time was released half a century ago today.  That length of time is truly hard to fathom.  This album is still as fresh and vital as the day it came out.

What else can I say about this album that hasn't already been said, or will be said on its golden anniversary today? Nothing . . . so why continue to elaborate, and/or belabor the point?

Thus, here you are - the six-disc version of The Beatles' Sgt. Pepper's Lonely Hearts Club Band, collected, compiled and remastered by the good people at Purple Chick back in 2007. Here's the complete track lineup, in case you're interested: 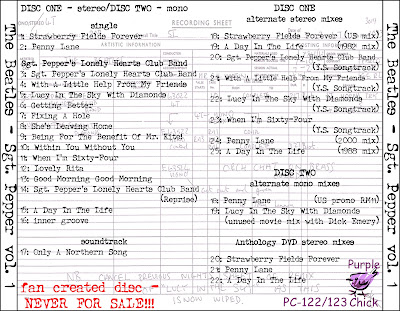 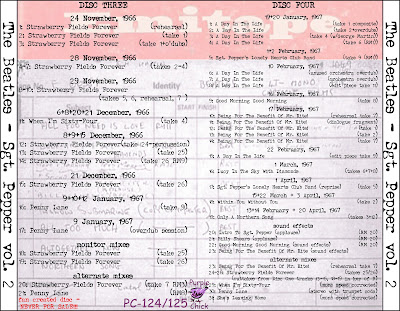 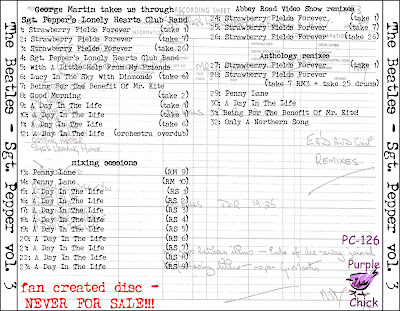 Don't squander your hard-earned coin on the latest loudly-trumpeted "50th Anniversary Deluxe Rerelease - in glorious 5.1 sound!" - who gives a crap? The good stuff is all right here, and at no charge!

Enjoy, and as always, let me know what you think.