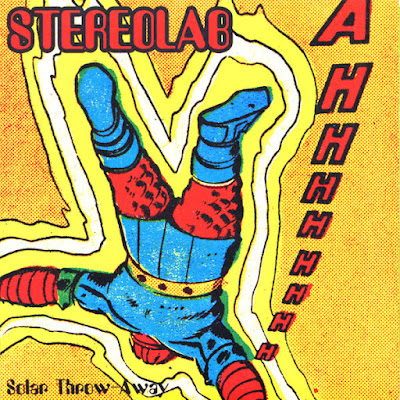 Stereolab's 2006 double-A side tour single, sold at only a handful of venues in Europe and North America during the band's extremely brief series of concerts in the early part of that year.

By the time of this release, it already seemed as though the band was making plans to wind down from its long career. The death of Mary Hansen in late 2002 and its aftermath (which 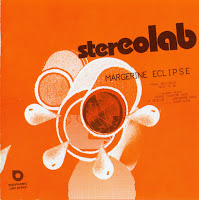 included the recording of the group's Hansen tribute album Margerine Eclipse, released in 2004) seemed to sap a lot of drive and energy out of Stereolab, and understandably so. That's not to say that the group's creative juices had run dry - there was still plenty of good music to come from them, including the Fab Four Suture collection later in 2006 and Chemical Chords in mid-2008. But it should be noted that around the same period as 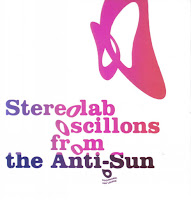 the 2006 tour came two "best of" compilation releases, the three-disc Oscillions From The Anti-Sun retrospective in late 2005 and Serene Velocity (featuring highlights from their years with the Elektra label) in late 2006. Putting a series of comps out in such a short period of time isn't exactly a move made by a band planning on hanging around for very long . . . 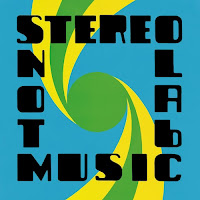 But even with the time left allotted to them, Stereolab didn't rest on its laurels. Up until the very end (marked by 2010's Not Music, released more than a year after the band announced it was going on permanent hiatus), the group continued refining and experimenting with its signature sound. This record provided here is no exception.

So, for your enjoyment, here's a hard-to-find Stereolab rarity, the Solar Throw-Away 7", released on their label Duophonic on March 1st, 2006. Have a listen, and as always, let me know what you think.