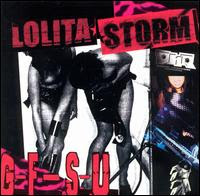 And that's saying something. Over the years, I've laid my hard-earned cash out on some truly reprehensible garbage - Julian Lennon's Valotte, Sheryl Crow's Tuesday Night Music Club, Andy Summers' XYZ and It's A Sunshine Day: The Best Of The Brady Bunch, just to name a few. But at the very least, these albums I just named have a dollop of something within to redeem themselves - one decent song, the nostalgia factor, whatever. Girls Fucking Shit Up has ABSOLUTELY no redeeming qualities whatsoever that I can find.

As per usual, I blame the British music press. Those lyrical limey lunkheads fooled me once again.

Back in the late 90's/early 00's, English magazines like NME and Melody Maker (which merged with NME in 2000) were on a roll. Practically everything cool or cutting edge that I listened to back then, the Brits had discovered first, and championed long before anyone in the U.S. got wind of them. The Smiths, The Madchester sound, The Pixies and the stuff 4AD was doing - they were the ones who let the world know about these new and important sounds. And with that, I became a devoted reader, my thought being that if Q or the NME said it was good, then who was I to argue?

Lolita Storm was formed in 1999 by four working-class girls, who performed under the nom de plumes of Nhung Napalm, Romy Bonilla Medina, Jimmy Too Bad and Spex. They put together a demo tape of their material, which made its way to influential UK DJ Steve Lamacq. 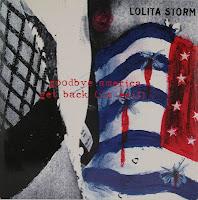 From that initial contact, they were quickly signed to a small independent label, Rabid Badger, and released a single ("Goodbye America"/"Get Back I'm Evil") later that year. NME immediately latched on to this band, making their first 45 release their "Single Of The Week", and championing the band as "Modern Age Riot Grrls" and "the logical descendents of Bikini Kill".

Sounds good, right? Well, not so fast, pardner. Lolita Storm's sound was nothing close to what Kathleen Hanna and company were doing out in the Pacific Northwest. The band's sound has been described as something called "digital hardcore", but that's bullshit - to paraphrase Wikipedia, their music is basically "chanted [shouted] punk lyrics about sex, bondage, drugs and feminism . . . put to a backdrop of generally highly aggressive [digital breakbeats]" at a maximum BPM. It's essentially noisy, toneless, mindless shit.

Still don't believe me?  Here - have a taste:


NOW are you convinced?

Still, however, I didn't know that's what this band was all about. So, in 2000, when Lolita Storm released their first LP, Girls Fucking Shit Up on Alec Empire's Digital Hardcore Recordings (DHR), the April 21st, 2000 issue of NME gave it a decent review, giving them points for effort rather than execution. My dumb ass read this review, and like the Pavlovian music dog I was at the time, I immediately responded to this outside stimulus by running out and buying this album at my first opportunity.

Big mistake on my part.

From that point on, I began to question the objectivity and wisdom inherent in NME/Q/Uncut's music reviews, and to take their recommendations with many grains of salt. In the meantime, I listened to this album once or twice, just to make sure I didn't miss out on any redeeming qualities that might have been buried within. Then I stuck this CD up on the shelf, in a section I call the Island of Misfit Tunes, where it has remained unplayed for the past decade.

So again, in case you missed it - here's the Pee-Pee Soaked Heckhole review of Lolita Storm's first album:

I'd like to thank the band for seeing fit to include the gist of their music in the album's name.