The Simpsons - Songs In The Key Of Springfield 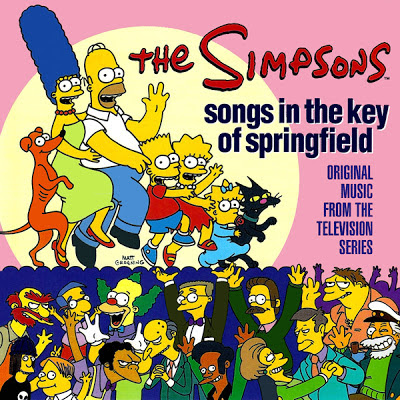 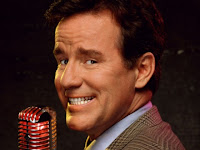 I remember in detail when and where I first heard about his death.  I was working for a financial services corporation in Irving, Texas, doing a stint in the collections department after being part of the corporate staff, doing work on the commercial lending side, for my first year with the firm.  The collections group was located about two miles from the main headquarters building where I used to work, in a location close by Dallas-Ft. Worth International Airport.  Most of the folks there had worked there together a long time and were a pretty tight-knit group, so there was a lot of grumbling and resentment when I, the young hotshot from Corporate, arrived there to assume a job that at least half a dozen people there felt they deserved more.  Needless to say, my first couple of weeks there were not fun.

But gradually, most of the people there began to warm up to me.  An important tool that worked in my favor was that, as a former corporate exec, I had been granted and was allowed to keep my unlimited Internet access.  Back in those days, I guess the company's thought was that if everyone had Internet access, all that employees would do was spend all workday screwing around surfing the Web (heh - that never happens nowadays, does it?).  So Web privileges were parsed out only to a fortunate few, mostly senior executives - and, for some reason, me.  This came in handy in my new position that March, during the annual NCAA basketball tournament, when I was able to provide up-to-the-minute scores of tourney games to the multitude of hoops fanatics (and office pool participants) there.  And I wasn't stingy about occasionally letting someone into my office to use Yahoo!  It's always little gestures like that, I've found, that turn people around.

I was sitting in my office on that early morning in late May, taking a break and checking out the news, when I came across the initial headline: "Phil Hartman Dead", with no further details offered at that time.  It was such an unlikely, unexpected, out-of-the-blue story that my mind initially dismissed it as one of those wild, unsubstantiated rumors that used to pop up as "news" in the early days of web reporting.  It was when the second headline popped up a few minutes later with the news of his death that I began to take it more seriously.  It took a while for the details to emerge; as in all murder cases, the circumstances were not pretty: 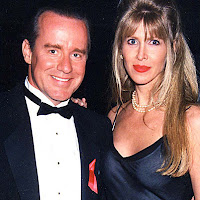 Apparently he and his wife Brynn had been having marital difficulties, a lot of which stemmed from Brynn's seething jealousy over her husband's success in light of her own failed acting career (well, that along with her rampant booze and drug problems - it seemed that she had a long-standing reputation in the industry and community as a total whack-job).  After another of their many domestic spats that evening, Phil's wife went out and remained out into the wee hours, slamming tequila shooters and snorting coke at a nearby bar.  She came back home at around 3 a.m., and without ceremony shot her husband to death point-blank while he slept in their bed.  Brynn then fled to a friend's house (leaving behind her two small children, who were asleep in the home during this entire incident), telling him about the shooting and promptly falling asleep on the guy's couch.  Initially, her friend didn't believe her story, but after finding the gun in her purse, he began to have second thoughts.  Brynn woke up about three hours later and dragged the guy over to her house, were he found Phil's body and immediately called 911.  By the time the cops arrived, Brynn had locked herself in the bedroom with her husband's corpse.  Before they could break the door down, she had shot herself in the head with a second gun.

It was shocking news - so much so that I got up and left my office in a daze, and stumbled over to the first person I could find to tell them the news.  They were just as shocked.  It just didn't seem possible that something like this could happen to a star of his caliber.  At that point in 1998, Hartman's career was reaching a peak.  He was about to begin his fifth season as the lead on the NBC sitcom NewsRadio.  And through the late '90's he starred in a series of films, including Houseguest, Sgt. Bilko and Jingle All The Way, most of which were poorly received critically but financial successes at the box office.

But, of course, Hartman's greatest success during the 1990s came from his many guest appearances on The Simpsons, and the list of classic characters he left behind - Lyle Lanley (one of the greatest musical performances in Simpsons history - the "Monorail Song"):

Incompetent attorney Lionel Hutz (this is a weird color-free video, but still good):

And of course, the immortal washed-up actor Troy McClure: Saturday Night Live, the show that made him famous, did a tribute show in his honor that aired on June 13th, 1998, a couple of weeks after his death, showing clips from Hartman's six-year residency on the program.  They replayed some of his classics:  Unfrozen Caveman Lawyer, The Anal Retentive Chef, Bill Clinton at McDonalds, etc.  One of the last things they played on that show was the following clip, "Love Is A Dream", directed by Tom Schiller.  Jan Hooks, Phil's co-star in this short, presented the piece, and couldn't stop crying as she did so.  After watching it, neither could I - in light of his passing, it is a perfect tribute, but it is devastating: In a lot of ways, Phil Hartman's comedic work was sort of smarmy and overly broad, but it still had widespread appeal.  While he was never a big favorite with the critics, Hartman had fans of all ages, and to a man, everyone who knew of him was genuinely shocked and saddened by his death.  His friends in the industry knew him as a hard-working, 'normal' guy, seemingly unaffected by his fame and the trappings associated with it, and they were just as stunned as the rest of the public.  As Dan Snierson of Entertainment Weekly magazine wrote, in a column soon after the news broke, Hartman was "the last person you'd expect to read about in lurid headlines in your morning paper . . . a decidedly regular guy, beloved by everyone he worked with." The Simpsons was still going somewhat strong in the spring of 1998, the end of the show's eighth season.  And there were plenty of good and excellent individual episodes to come in the program's future seasons.  But I think that if you had to select the single point in time where The Simpsons moved from being classic, 'must-see' TV and started becoming standard, run-of-the-mill fare (or even worse), the loss of Phil Hartman's voice and characterizations is as good a place as any to mark the beginning of the decline. A year earlier, Rhino released Songs In The Key of Springfield, a compilation of some of the best musical bits from the show's first seven years.  There's some great stuff on here:  the entire "Oh, Streetcar!" musical episode (including the song ripping New Orleans that angered residents of that city); Tito Puente's outstanding (and authentic) mambo number "Senor Burns"; Beverly D'Angelo (as Lurleen Lumpkin) and her superb country number "Your Wife Don't Understand You".  But my favorite part of this disc is from the "A Fish Called Selma" episode, with the now-classic Troy McClure musical version of Planet Of The Apes: Frankly, as good as the selections are on this album, there's not enough Phil Hartman on it.  And the public seemed to agree - this disc only made it to #103 on the Billboard Hot 200, significantly below its predecessor, the multi-platinum Top 5 smash The Simpsons Sing The Blues.  Still, this is an excellent overview of some of the great music that went into the show during the early part of its history. So, here it is for you to hear for yourself - Songs In The Key Of Springfield, released by Rhino Records on March 18th, 1997.  Enjoy, and while you listen, recall all of the great and hilarious Simpsons moments brought to you by the late, lamented Phil Hartman.  And, as always, let me know what you think. Please use the email link below to contact me, and I will reply with the download link ASAP: Send Email
Posted by HFM at 12:01 AM