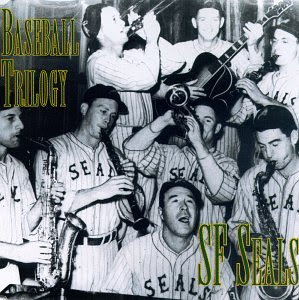 Years ago in this blog, I wrote effusively of my affection for the work of Barbara Manning. A longtime indie music stalwart out of San Francisco, Manning has sadly had little mainstream success in her career. But in indie circles around the world, her name is considered sacred. For more than thirty years, pretty much everything she has been involved in as a solo artist or band member has been nothing more than gold.   And this little EP is no exception; it's a weird and wonderful gem of a release. 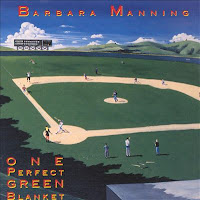 Apparently, Barbara Manning has always had a thing for baseball. Note the cover of her first major solo compilation, 1991's One Perfect Green Blanket (a poetic euphemism for a ballfield).  This album includes a sample from the broadcast of the National League San Francisco Giants' 1989 Western Division victory (the same year they were swept by their cross-bay rivals the Oakland As in the infamous "Earthquake Series").   And after working as a solo artist in the early 1990s, her first post-World of Pooh band was named The S.F. Seals, after the famous minor-league team that represented San Francisco in the Pacific Coast League for more than fifty years. So it was only a matter of time, apparently, before Ms. Manning addressed her love for baseball in song. 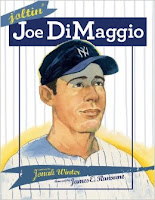 Barbara's selections for inclusion on this disc are varied and eclectic. The lead song, "Joltin' Joe DiMaggio", was originally released in 1941 by Les Brown & His Band of Renown (fronted by singer Betty Bonney), just after DiMaggio's famous 56-game hitting streak with the New York Yankees ended (prior to joining the Yankees, DiMaggio played for the Seals). Manning and her band faithfully recreate the jazzy, big-band sound of the original recording. It's a fun, funny record for indie alt-rockers to perform, yet they pull it off brilliantly.

For the stomp-rocker "The Ballad of Denny McLain", Barbara cedes vocal duties to bandmate Lincoln Allen. This song is another cover, originally recorded by the legendary and eccentric Bay Area band Mad V. Dog & the Merchants of the New Bizarre. It documents the story of the infamous Detroit

pitcher, the last Major League pitcher to win 30 games in a season (in 1968), but who got involved with organized crime figures and ended up serving several long stints in prison in the '80s and '90s for various serious charges (his first conviction was for cocaine trafficking, embezzlement and racketeering; his co-defendants were Anthony Spilotro (Joe Pesci's character in Casino was based on him) and later John Gotti, Jr.).

The final (and in my opinion, the best) song on the EP, the fuzzed-out psychedelic guitar workout "Dock Ellis", celebrates the Pittsburgh Pirates pitcher who allegedly threw a complete no-hit game on June 12th, 1970 while tripping on a massive dose of LSD.


Soon after finally acquiring World of Pooh's The Land of Thirst in 2000, I went on a big Barbara Manning buying spree, tracking down everything of hers that I could find: much of her solo work, the rest of her World of Pooh stuff, and her collaborations with 28th Day, The Original Artists, The Go-Luckys! and The S.F. Seals - including this disc. I'm glad I did; this is a superb addition to her canon. Check it out and see for yourself.

Here's The S.F. Seals' Baseball Trilogy EP, released by Matador Records on November 1st, 1993. Enjoy, and as always, let me know what you think.