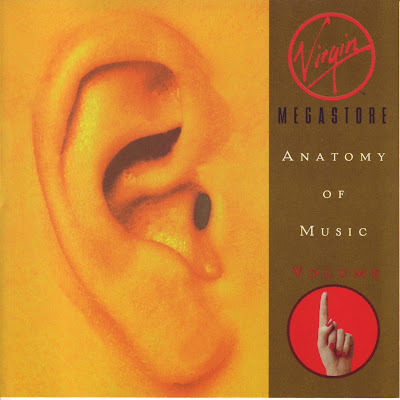 A CD music sampler given away for free (with purchase) at participating Virgin Megastores worldwide in 1997. I recall 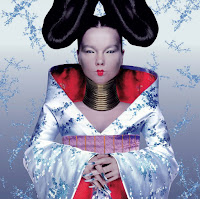 getting mine when I purchased Bjork's Homogenic in the store at Grapevine Mills Mall in Texas that fall. They just sort of handed it to me at the register; I was happy to receive it (free is always good), but there was nothing on the recording particularly cutting-edge or out of the ordinary.

You can determine that for yourself - here's the track list:

I believe that Virgin's goal on this disc was to break down music into its major parts and groups - rock, New Wave, easy listening, R&B, etc. - then provide representative examples of what they considered the best in each type of genre, in order to inculcate listeners who might not have as much familiarity with these different sounds (and hopefully generate more sales in their stores). Fair enough . . . On this thing, Virgin went out of their way to provide something for everyone, in the most inoffensive way possible; there's nothing on here that's going to generate controversy or set your hair on fire. I assume that Virgin planned on making these Anatomy of Music compilation freebies an ongoing thing at their stores, but they only put out one 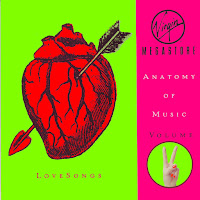 more of them (Volume 2: Love Songs) before discontinuing the series in 1998.

The reason I'm posting this recording is as follows: I was looking through my CD racks this evening and came across this old disc. On a whim, I looked it up on Google, and found that this old giveaway - filled with conventional hits easily acquired from other sources - was being sold on Amazon for $50! I'm sorry, but that sort of blatant money-grubbing pisses me off.

So in order to head off the gougers (and the people seriously considering forking over big money for a CD like this), I offer to you for your enjoyment Virgin Megastore Anatomy of Music: Volume One, put out by Virgin Entertainment Group in late 1997. Enjoy this soothing musical pablum and, as always, let me know what you think.