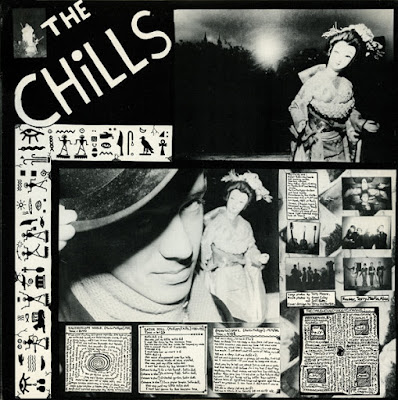 ...And my last quickie post this week in appreciation for reaching the half-million visitor landmark...

From the old (and long defunct) Kiwi Tapes blog (credit for this narrative to original poster):


The Dunedin Double EP was a seminal record in New Zealand music. An unusual format, it contain two 45rpm 12" discs, and at nearly 50 minutes length, it is longer than many albums.

Released in 1982, the compilation was one of the first releases from the newly formed Flying Nun Records label (catalogue number DUN-1), which over the course of the next ten years was to become the biggest independent record label in New Zealand. Many of the label's top groups came from the South Island city of Dunedin, and established that southern city's music scene as the leading source of guitar-based bands in New Zealand throughout much of the decade. The bands from the city which had music released on Flying Nun were grouped under the loose banner of Dunedin Sound, and several of them went on to not only national but also international success.

The Dunedin Double EP established the names of four of these groups, each of which was represented on the double EP by one side. The four bands concerned were The Chills, Sneaky Feelings, The Stones, and The Verlaines. The Chills' song "Kaleidoscope World" in particular became very popular, gaining considerable airplay for the band (It later provided the title for the band's first album, a compilation of their early singles and EP tracks.

Though the sound quality of the Dunedin Double EP was distinctly lo-fi (it was recorded on portable 4-track), the release of this record provided a major impetus both for Flying Nun records and for the four bands involved, as well as providing inspiration and momentum to the music scene in Dunedin.

For your consideration:  Flying Nun's legendary Dunedin Double EP, released on vinyl in New Zealand in June 1982, and to the best of my knowledge never re-released on CD or any other format. Enjoy, and as always... well, you know.