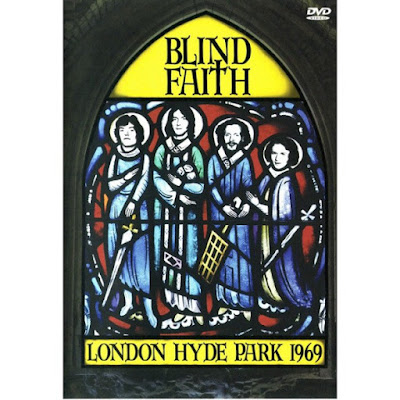 On this date fifty years ago, the short-lived supergroup Blind Faith played its debut concert (and as it turned out, their ONLY live appearance on English soil) on a scorching hot day in London's Hyde Park. Less than three months later, after a 30+-date worldwide tour that ended in Hawaii, the band (comprised of co-lead vocalists keyboardist Steve Winwood (ex-Spencer Davis Group and Traffic) and guiarist Eric Clapton (ex-Bluesbreakers, Yardbirds and Cream), along with drummer Ginger Baker (ex-Cream) and bassist Ric Grech (ex-Family)) called it a day, leaving behind only one 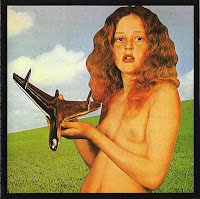 artifact, their eponymous 1969 album release (with its controversial cover), to mark their passing.

The rapid rise and fall of Blind Faith was the result of wild hype, overblown expectations, and corporate/managerial greed destroying what started out as an informal jam session/get-together between old friends. I would usually go into the details, whys and wherefores of this story of rock 'n' roll misfortune in my own long-winded and inimitable (ha) way... but it appears I won't have to. Writer Johnny Black penned the definitive version of this chronicle for MOJO magazine back in July 1996 - a link to his article is provided here.

So, instead of my blathering on and on regarding the circumstances that led up to this historic day in rock history a half-century ago, how about if I let you all see the performance for yourself?  Here's London Hyde Park 1969, the official video album by the band at their free concert on that day, the full 45-minute show with band member interviews dispersed throughout.  Despite the brevity of the performance, this is still a classic, and worth viewing.

Enjoy London Hyde Park 1969, released on DVD in 2005 and burned to .mp4 format off of my personal copy.  And as always, let me know what you think.

Labels: 1969, 2005, Blind Faith, England, Eric Clapton, Ginger Baker, Ric Grech, Rock, Steve Winwood, Video
Newer Posts Older Posts Home
Subscribe to: Posts (Atom)
Saying "Thanks" for the music you receive from here costs you absolutely nothing, and yet is worth quite a bit to me… If you can't bother leaving a comment on this blog for the first album/set we send you, don't bother making a request For a second album…