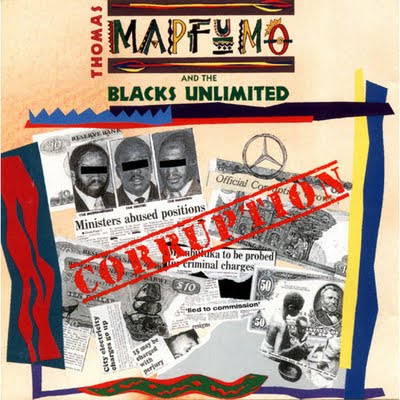 Looking back at some of these posts, it's amazing how much of the music I enjoy was discovered on road trips to/from the casino tables in Connecticut and New Jersey (OK, so I'm a degenerate gambler - what can you do?). Here's another artist I came across during one of those trips.

I was on my way back from Atlantic City during the spring of 1992, a fairly lucrative year for me up until then. At the time, I had reached a fairly proficient level of expertise at blackjack, and had expanded my gambling repertoire a couple of years earlier to include craps, a game with only slightly worse odds than blackjack, but demanding a heck of a lot less concentration from a player [in blackjack, to reduce the house edge, it was necessary to 'count cards'; that is, keep track of certain cards as they come into play, in order to maximize your advantage when the remaining deck is rich in higher-ranking cards (tens, face cards and aces). Done right, it's very profitable - but it's hard friggin' work]. That winter, I'd been hitting places like Caesar's and the old Atlantis casino and cleaning up. Suffice to say that I was eager to visit A.C. as much as possible that year, to keep my winning streak going. 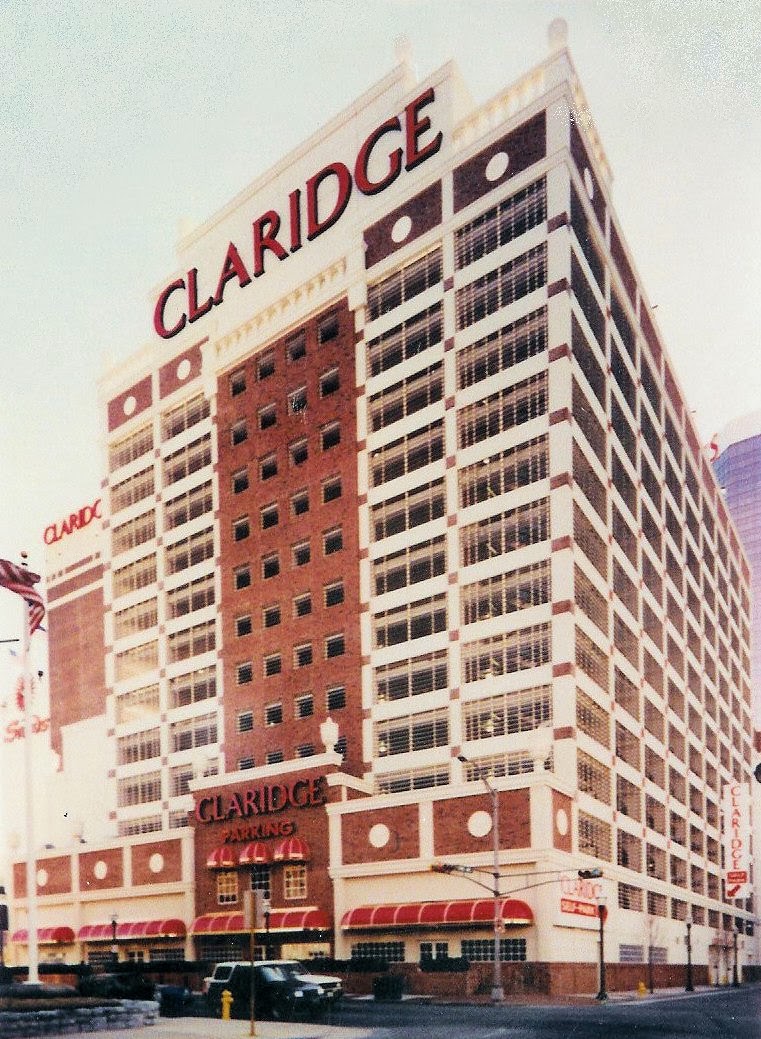 This latest trip was no different from the rest, although it started out on a down note. I made about $150 playing blackjack at Ballys, then on a whim, walked next door to the old Claridge House Casino (at the time, the smallest casino in Atlantic City - it has since been purchased and folded into the Ballys organization) to try my hand at their craps tables. The Claridge had long been a bad-luck spot for me; I don't recall ever having a winning session in the place, and as such, I tended to avoid the facility during my trips to the city. I guess that this time, I wanted to see if my luck from the place next door would carry over there.

In a word, it didn't. I got ripped for about $350 in record time on Claridge's cursed dice tables, before I wised up and staggered out of the joint. I was ticked off at my bullheaded stupidity, and went off to lick my wounds for a while before giving the tables another go. After a fortifying meal (Mr. Ray Kroc was my chef that evening), I went down the beach to the Tropicana, and over the course of the remainder of the night made back all I lost and moreso. I departed Atlantic City in the wee hours of the morning, headed back to the DC area a very happy man.

I really didn't feel that tired leaving town that night; I'd made that late-night drive many times before. It's not the most exciting drive there is, especially the portion down the Atlantic City Expressway and down I-295. The ride that night was especially boring for some reason - pitch black, and few if any other cars on the road. About an hour into the trip, I began to zone out . . .

By "zone out", I don't mean that I was falling asleep at the wheel. I was - well, "zoning out". I determined later that I had reached a state where it was as if I had two brains working separately from one another. One side of my brain was in charge of the driving, making lane changes, using turn signals, etc. - doing everything normally. The other half of my head was . . . somewhere else. It was like the road was hypnotizing me; I guess I reached a state of what some truckers call "White Line Fever". And it all seemed hunky-dory to me, as I drove on and on . . .

When I finally snapped out of my daze (God knows how long later), I found myself zipping down a secondary road in the midst of one of those big industrial areas scattered throughout southern New Jersey, filled with giant chemical and petroleum-processing plants. There wasn't another car to be seen on the road ahead of or behind me, and although I couldn't see the factories on either side of the road through the black night, I could see the lights - weird yellow-orange ones, covering the buildings, smokestacks, loading docks, etc. Although the car windows weren't open, the stench of the area was filling the car - a miasma of chemicals, toxic waste, and decaying vegetation from the swamps surrounding this godforsaken place. I had absolutely no idea where I was or how I got there; I had somehow gotten off the main highway. The overall effect of all of this was extremely spooky and disorienting. To "wake up", as it were, from a trip you've made a thousand times before, and suddenly find yourself in what appeared to be The Last Place on Earth . . . well, to say I was freaked out was an understatement. I drove on for another mile of so in a sweat, clutching the wheel, searching frantically for a place to turn around. When I finally got to one of those dirt-packed median service roads, I made a veritable 'Dukes Of Hazzard'-style high-speed U-turn, and high-tailed it out of the area as fast as I dared go.

By the time I got back to I-295 South about twenty minutes later, I was completely shaken. I felt like I had returned to Earth from Pluto, seeing the taillights and headlights of cars ahead of and behind me once again. I had been driving in silence all the way from A.C., and as I figured that might have contributed to my earlier highway stupor, I switched the radio on. It took me a while to find something listenable, but I finally landed on a tune that caught my attention; I think it was on the Philadelphia independent station, WXPN, which can usually be counted on for interesting music.

This particular tune had a weird little syncopated tempo, dominated by electric guitar and what sounded like a xylophone-type instrument, offset by hand claps between the beats. I immediately pegged it as being either Caribbean or African pop, and yet there was an underlying familiarity in the music that made it readily accessible to my Americanized ears, even if I couldn't understand a word of what the singer was saying. The song was long, over five minutes long, yet it retained my interest, especially in the superb guitar work being done on it. In my enjoyment of and concentration on the song, I gradually relaxed, letting go of the tension from my recent Mystery Drive into Chemical Horrorland. As it ended, the announcer provided the music's details: it was "Moyo Wangu" by Thomas Mapfumo & The Blacks Unlimited.


I made a note to look into this band later that day, after getting home and resting up from my trip.

Thomas Mapfumo, born in 1945, was (is) a native (one of the Shona people) of what is now known as Zimbabwe, but what was then known as the self-governing British colony of Southern Rhodesia, and later as just Rhodesia. As such, he has had a lifelong front-row seat to the turmoil in that region, living through the area's evolution from colony to federation to independent state, and through white supremacist rule, civil war, and the quasi-dictatorship of its current ruler, Robert Mugabe. Initially apolitical, Mapfumo grow up in the rural part of the country and aspired to be simply a musician; he joined his first band in his home country at the age of sixteen. For years, he crisscrossed the country as a member of one of several bands, playing American rock and soul covers.

However, in the mid-70s, he began to take an interest in the indigenous Shona music of his people and country. Shona music is traditionally played on something called a mbira, which resembles a small, finger-plucked xylophone. Mapfumo began transcribing this mbira sound to the electric guitar and other modern rock instrumentation, retaining the Shona language in the lyrics, slowly creating a new style and type of music. He was doing this work at the height of native Rhodesians' resistance movement against the country's apartheid regime led by Ian Smith. Smith's government openly repressed and denigrated native culture; Mapfumo began to realize that his work with Shona music was not only an artistic statement, but a political one as well. Without quite meaning to, he quickly became a major voice in the resistance movement. He named his new music Chimurenga, a Shona word meaning "struggle", and his lyrics began to openly advocate the violent overthrow of the white-minority Smith government.

It took a while for the apartheid government to catch on to what Mapfumo was doing/singing (apparently, none of the white leaders understood Shona), but eventually they figured it out, banned his records from state-run radio, and threw him into jail without charges in 1979. But all of this was occurring just as the white supremacist regime was on its last legs. By the end of the year, Mapfumo was out of prison, Smith was gone, and a popularly-elected black-majority government led by Mugabe was installed in the newly-renamed country of Zimbabwe. The musician emerged an immensely popular hero, hailed as the "Lion of Zimbabwe" and the voice and moral conscience of the country.

However, as the 1980s wore on, Mapfumo became more and more disillusioned with the Mugabe regime and its abuse of power. In 1989, with his band the Blacks Unlimited, Mapfumo released Corruption, a searing and none-too-subtle critique of Zimbabwe's government, with incendiary song titles like "Muchadura [You Will Confess]" and "The Kupera Kwevanhu [Perishing to the People]" ("Moyo Wangu [My Heart]" was also included on this album). Needless to say, Mugabe and Co. were none too pleased at this criticism from a once-ally, and they began making life difficult for Mapfumo, making him the target of endless government harassment and phony accusations of wrongdoing. Finally, Mapfumo could take no more, and fled with his family into exile in the United States. Today, he lives in Oregon, and continues to make music and speak out again the abuses of Mugabe's government against Zimbabwe, the country he loves.

So, here it is, a superb example of African pop and music that helped unfreakify me on a late night drive long ago, Corruption by Thomas Mapfumo & The Blacks Unlimited, released in 1989 on Mango Records. Enjoy, and as always, let me know what you think.