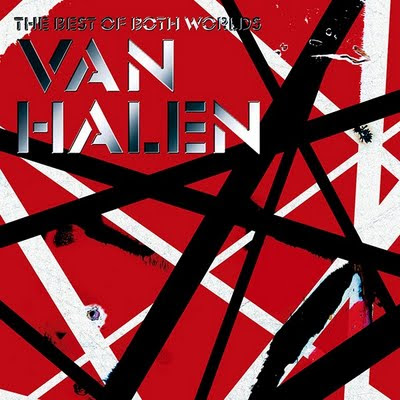 Here are the results:

Look - no one outside of Van Halen is ever going to know the FULL story of their breakup in the wake of their 1984 tour. The 'public' reason was the usual one - "artistic differences"; namely, control over the band's sound and image. But every band member from that era has a different story as to what really went down, and each gives a different reason - Eddie Van Halen was a dick and a control freak, David Lee Roth was a prima donna who "got too big for his britches", etc., etc. Throw in the pressures of humongous fame, shitloads of money, plenty of booze and pharmacological mind-benders to go around, and the age-old power struggle between "the guy who created the band vs. the guy who is the front man/public face of the band" (see "Rolling Stones, The", re: Brian Jones), and anyone could see that there was bound to be a flare-up within Van Halen sooner or later.

But my personal feeling regarding all of that is this: Eddie is one of the greatest guitarists in rock history, and the awesome licks he laid down over the years served as the foundation of Van Halen's sound. But Roth was the guy in charge of building an edifice on top of that 'rock'-solid base, and he infused the band's music with color, excitement, 'zazz' - things that rock fans look for in their favorite bands. Those two guys (and I'm not discounting the excellent rhythm section of Michael Anthony and Alex Van Halen, who were also integral parts of the band) were a unit, and without them working together, playing their particular roles within the band, Van Halen simply was not and would never be "Van Halen".

With that in mind, and in light of the fantastic success they had during their long time together with those two guys laying the musical smack down, both Eddie and David should have worked harder to find some common ground, or at the very least 'sucked it up' and stopped bitching about it. I mean, hell, we've all worked with people we don't particularly like. And there are plenty of relationships out there that aren't exactly Ozzie and Harriet. But most people find ways to work around or through situations, without stomping away in a huff. Bands are no different, and when the albums are flying off the rack and the money's flowing in, and you're driving a friggin' Lamborghini to your gigs, that's incentive enough to make things work. 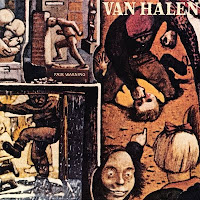 In my opinion, Roth was better at finding and accepting those compromises than Eddie was. For example: for their 1981 album Fair Warning, Dave wanted to continue the rocking, poppy sound (where his vocals were the prominent feature) found on the band's previous two successful albums, 1979's Van Halen II and 1980's Women And Children First. Eddie, on the other hand, wanted the new album to showcase denser, more complex structures (that, coincidentally of course, made his innovative guitar work the album's focus). Roth didn't like it, but he acquiesed to Eddie - the result being that Fair Warning was the band's worst-selling album of their early years. In this case, Dave put the band, and overall band harmony, ahead of his own interests (although the fact that the album underperformed and he was proven right must have been sugar on his tongue . . . ).

I think that, for all of his antics and silliness, deep down, David Lee Roth knew the 'secret' of Van Halen, which was that the sum of him and Eddie together was much greater than the two of them apart. And frankly, it seemed that Eddie Van Halen never understood that, and he operated under the assumption that since the band bore his name, that he WAS the band. I think a lot of his dissatisfaction and frustration stemmed from not having the other band members, especially Roth, acknowledge this - and that's what led to their breakup.

[In many ways, the situation within Van Halen in the early/mid-80s is similar to the situation within The Smiths around that same period. Johnny Marr is one of the greatest guitarists of the past 30 years, and the music he made with The Smiths will live on long after we are gone. But without the combination of his talents with those of Morrissey, Johnny Marr is just another sideman - a superb one, but a sideman nonetheless.]

A lot of people say a lot of bad stuff about Sammy, the circumstances surrounding his entry into the group and the nature of the band's music during his long tenure in Van Halen. But say what you will about him, Sammy's a smart guy - he saw his opportunity and he took it. I mean, honestly - what would you have done in his place?

Say you were a middle-aged rock 'n' roller with a small amount of success and a couple of fairly big hits (nothing major) in your solo career. But with your fortieth birthday fast approaching, it seemed that your chances of becoming a headliner were rapidly fading. One day out of the blue, some guys you barely know, members of one of the biggest bands in the world just coming off their second 10-million-plus selling album in five years, give you a call and ask you to join up. Would YOU have said "No"? Hell NO you wouldn't have.

Sammy might appear to be an 'all rock and roll, party-hearty'-type of guy on the outside. But as he's definitively proven over the years (through his profitable bike shop, nightclub and tequila enterprises), he's a businessman, pure and simple - with a keen eye for the bottom line. Sammy is not an innovator, per se. In all of his business ventures, he has taken existing concepts and products and successfully managed them, without really improving on them or bringing any new, unique ideas into the mix. That's not a critique of his operating style - it's proven to have worked for him time and time again, so more power to him. But you could argue that Sammy approached his tenure in Van Halen the same way. Hagar was never going to out-gonzo Roth - it would have been foolish for him to even try, and he knew it. His job in Van Halen was to keep the band going as an operating concern, and that was it. And in that regard, he was successful - every VH album he was involved in reached #1 US, and the band's singles still made regular appearances on the Billboard Top 100. So what if album sales were way off from the Diamond Dave days? And who cared if the live shows weren't as exciting, or Van Halen didn't seem as 'larger than life' than they were in the early 80s? Sammy did his job; by the measures that matter, Van Halen was still a headlining band. So Hagar shouldn't be "blamed" for the demise of Van Halen; in many ways, Sammy saved the band.

I've attached Van Halen's career-spanning 2-disc compilation album, The Best Of Both Worlds, released by Warner Brothers in 2004. It is, in my opinion, both the best and the worst VH compilation available. How can it be both? Well, I don't have the words to tell you - but fortunately, someone else already took care of that. If you have the time, please read Stephen Thomas Erlewine's superbly well written review of this album in Allmusic.com. I agree with every word he says here.

As always, enjoy - and let me know what you think (I have a feeling I'm going to get a fair amount of comment on this one . . . but I've been wrong before!)