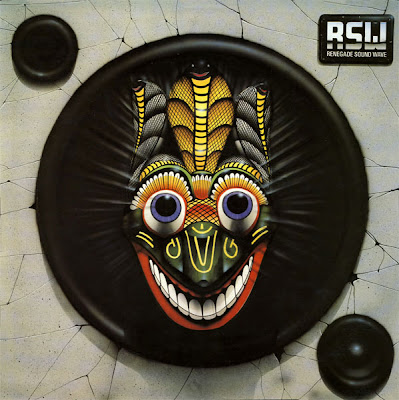 I used to love "Biting My Nails"!


I'm pretty sure I first heard this song in the spring of 1988 at the old Fifth Column nightclub on F Street in DC, back in the day when that dance club was the undisputed leader and center of DC's nightlife in that part of town.


Back twenty/twenty-five years ago, downtown DC used to have a PUMPING bar/club scene - with Fifth Column and its next-door neighbor, The Vault, anchoring the F Street dance circuit (the old 9:30 Club was right across the street, along with a really good multi-story club whose name currently escapes me that ran through the entire block from E to F St. - one section was an old-school R&B dance club, one section was a quiet live jazz lounge, another featured house music, etc.). The 80's-themed dance club Polly Esther's was just half a block away. A few blocks northwest, close to the Treasury building between 14th and 15th Streets, was Zei Alley, home to Club Zei and its cross-alley dance club companion, the Spy Club. In the scary, dangerous, decrepit neighborhood over by the Navy Yard was the legendary Capital Ballroom/Nation and the nearby Tracks, a gay dance club that nonetheless drew a mixed crowd due to its great music. There was Anastasia's (New Romantic) and Poseur's (New Wave) in Georgetown; reggae clubs on U Street and 18th Street (near the current 18th Street Lounge); samba and live jazz in Adams-Morgan - frankly, there were great places all over town, and you could strike sparks wherever you went for whatever sort of music you were in the mood for. Things have definitely changed in Washington nowadays - most of those clubs have long gone, and with them a major chunk of the city's great nightlife that once made the place so special.

Like I said, I probably initially encountered this during one of my forays into DC, and I recall purchasing the EP at 12" Dance Records on P Street, close by Dupont Circle, and transferring it to cassette shortly before leaving the States on my six-month European cruise later that year.

Renegade Soundwave was formed in 1986 by three musically like-minded London friends, Carl Bonnie, Gary Asquith and Danny Briottet. The sound that Renegade Soundwave championed, a dancable sort of industrial/electronic music, was somewhat outside of what was happening musically in Britain and Europe during that time - namely the rise of house music in the late 80s and the advent of Madchester at the beginning of the 90s. To put it kindly, RSW was a bit 'retro' for that period; to put it harshly, they were old fashioned, and more than a step outside of the times. As such, their time window for mainstream acceptability and success was very small indeed - although Lord knows they tried. 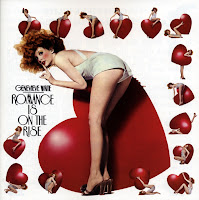 The band released their Kray Twins single on Rhythm King Records in mid-1987, followed by the Biting My Nails single the following year. I didn't know it at the time, but the latter song was actually a cover version. The original "Biting My Nails" was done by Genevieve Waite, a South African singer/actress of limited ability who had the foresight/good fortune to marry John Phillips (of The Mamas & The Papas) in the early 70s. Her new husband produced her only album, 1973's Romance Is On The Rise. On it, Ms. Waite wraps her annoyingly high-pitched, Betty Boop-esque vocals around a set of songs that both obliquely and blatantly referred to the early 70s cocaine-and-decadence scene (that I assume she knew of first-hand, being married to an allegedly big-time drug-gobbler and notorious sex fiend like Phillips). I mean, just have a look at the lyrics for "Biting My Nails" in particular:

Sheesh - doesn't leave much to the imagination, eh?

As bad as this album was, in its day it still earned some rather over-the-top acclaim from some quarters - in 1977, one critic even ranked it as one of the top 200 albums of all time (he must have fried his brain being part of that cocaine crowd himself . . .). You would think that a Seventies disco drug anthem would be an odd choice for an electro-industrial band to cover nearly two decades later . . . but Renegade Soundwave pulls it off, and in doing so they created their first big UK hit. 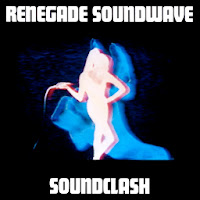 The group moved to Mute Records in 1988 and spent most of the next two years putting together content for a long-player; in the end, they released two - Soundclash in late 1989 and In Dub six months later. The former performed very respectably on the national charts, reaching #74 and spawning a UK Top Forty hit, "Probably A Robbery". But soon after that success, the band began falling apart. Bonnie left the band shortly after the release of In Dub, leaving Renegade Soundwave as a duo. The two remaining members released a couple more albums of limited appeal, 1994's Howyoudoin'? and The Next Chapter In Dub in 1995, before disbanding at the end of 1995.

I can't say I've spent a lot of time contemplating this band or their music since the late '80s - like I said, their sound was of a certain time and place, and it really doesn't do much for me now. But I do have a warm place in my heart for this record - else I wouldn't have kept it for all of these years!

So here you are, burned off of my original vinyl disc, Renegade Soundwave's Biting My Nails 12", the original and instrumental mix, released by Mute Records in 1988. Enjoy, and as always, let me know what you think.