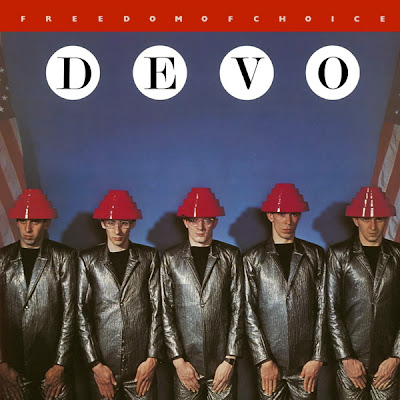 Just learned about the death of former Devo band member Alan Myers this morning, and wanted to say a few brief words in his honor.

In the obituaries I've read, they kept referring to Alan as "the third Devo drummer".  To me, he will always be known as "Devo's drummer", period - all who came before and after him were just pretenders to his drum stool.  Alan supplied the off-kilter, precision beats to every song in the band's heyday, from their debut album Q: Are We Not Men? A: We Are Devo! through to Devo's 80's mainstream popularity.  The guy was nothing more than the 'glue', whose steady work at the skins defined the Devo sound and held the group together through some increasingly iffy albums in the early 1980s (1981's New Traditionalists, 1982's Oh 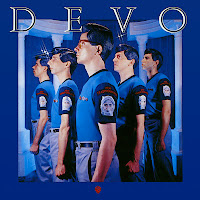 No! It's Devo, and 1984's Shout), as Devo moved away from its New Wave roots and became more of a synthesizer-driven pop band.

Myers finally quit the band in the mid-80s, as Devo began to rely more and more on electronic drums for their music.  In hindsight, he left the band almost exactly at the right time, as Devo became more and more of a faded cartoon imitation of itself as it soldiered on into the early 1990s.  I always respected Alan for having the instincts and integrity to get out when he did, instead of hanging on for more Devo paychecks doing music he didn't respect and had little input into.  After he parted ways with Devo, he remained in Los Angeles and became a electrical contractor, but still found time to play on the weekends in local bands with his wife (Skyline Electric) and daughter (Swahili Blonde).

He was apparently happy and contented with his life, so much so that he had no interest in joining his old band mates when Devo hit the oldies circuit in the mid-90s and began recording again in the mid-2000s.  While he was no longer a part of Devo, to true fans, he will ALWAYS be part of that band.

I could write plenty more about Alan's passing, but there have been tributes a-plenty out there already, written a lot better than any I could have put together.  One of the best was in today's Los Angeles Times - check it out when you have the chance.

For myself, I always thought that Devo peaked with their 1980 album Freedom Of Choice.  In addition to containing their biggest hit, "Whip It", it also has the best overall collection of music since their debut album - all driven by Myers' relentless beat.  Here's the band playing a live version of one of my favorite songs off of this album, "Snowball":


Just listen to those licks he's laying down - spot on every time!

So, in tribute to the late Alan Myers, here's Devo's Freedom Of Choice, released on Warner Brothers Records on May 16th, 1980.  Enjoy, and as always, let me know what you think.