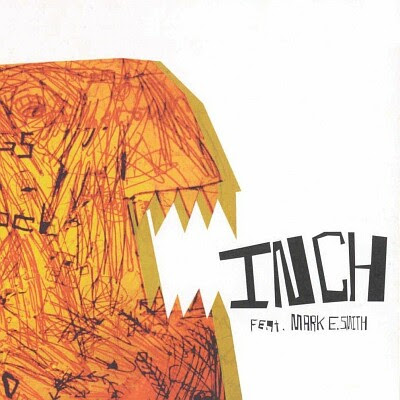 Found this one at the late, lamented Virgin Megastore at Grapevine Mills Mall in Grapevine, TX in 1999, during my weekly search through the Fall stacks for any new releases. I miss that store - they were always 'Johnny-on-the-spot' regarding new music, and always had the latest/rarest stuff available. Back when I lived there, there were only two decent music stores in the Dallas area - Virgin and Bill's Records in Dallas. The only problem with Bill's was that I found it to be overpriced, compared to Virgin (plus the mall was only a couple of miles from where I lived). So must of my music purchases were made at Virgin.

Sort of a convoluted history behind thie release, the facts of which I didn't know completely until last year, when I read The Fallen, Dave Simpson's excellent book regarding his search for all of the forty-odd former members of The Fall (BTW, I highly recommend this book for all Fall fans). Here's the scoop:

Kier Stewart was a guitarist and studio engineer in Manchester who, with his studio partner Simon Spencer, worked with Fall leader Mark E. Smith on a one-off track called "Plug Myself In" in 1996 (the two billed themselves as DOSE - and BTW, the track can be found on my earlier Fall posting, A World Bewitched). The track was pretty well received, and Stewart and Spencer were eager to produce The Fall's next album (which eventually became 1997's Levitate). When guitarist Adrian Flanagan (a short-term fill-in for the recently departed Brix Smith, on her second and last go-round with the band) left the group in early 1997, Stewart was offered the slot and a chance to join the band. He initially refused, but Spencer talked him into it, thinking that it might lead to their being tapped as producers - which they were (sort of).

The band began recording in West Hempstead, but the sessions did not go well, mainly due to Smith undergoing personal problems that made him extremely paranoid, to the point where he'd sometimes refuse to do any vocals. Coupled with this was Smith's refusal/delay in signing a producer's agreement with Stewart and Spencer, and ongoing lack of payment.

The two finally got fed up and quit the sessions as both producers and musicians; they even went so far as to wipe the tapes of the little that had been recorded up to that point. And they decided to play one last practical joke on Smith: during the sessions, Stewart and Spencer had recorded a track with Smith, "Inch", as a side project apart from what The Fall was doing. After their departure from the Fall sessions, they carefully packaged up the single and shipped it out to John Peel and various major record companies, along with a letter claiming to be from Mark E. Smith, but full of un-Smith like language along the lines of "Golly gee - we really made a super cool record! Have a listen!"

Smith arrived home to find his answering machine full of messages from recording companies, asking about the "new record" that he didn't know existed. While Smith remained confused, Spencer and Stewart got a deal for the track with EMI themselves, only later bringing Smith in to work out the final details.

So, here it is, the Inch EP, released on Regal Recordings (a subsidiary of Parlophone, itself a subsidiary of EMI) in 1999. A version of this song, titled "4 1/2 Inch", made it onto Levitate. But I think the EP version is superior. This EP includes the original song and four longer remixes, all of which are superb. All hail Mark E. Smith!