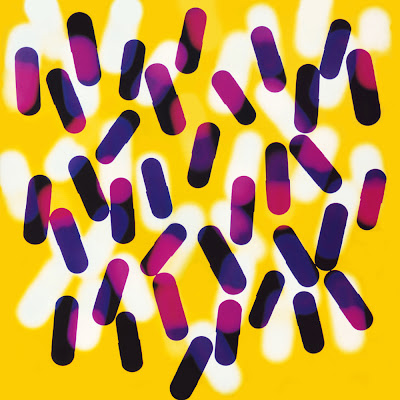 "Fine Time" was the lead single and (in my opinion) best song on what I consider to be New Order's last decent album, 1989's Technique. The album came out shortly after I returned from six months in Europe, where I became a big fan of acid house music. I was stunned and happily surprised when I first heard Technique and found that New Order had heavily coopted that sound. What I learned much later (partly through Michael

Winterbottom's 2002 film 24 Hour Party People - a great movie about the Factory Records/Manchester scene, by the way) was that soon after recording 1986's Brotherhood, the band went on vacation to the Mediterranean island of Ibiza, off the coast of Spain, a renowned European club and party zone. While there, they first came in contact with the rising acid house sound and with Balearic beat, a style of electronic dance music pioneered on the islands. The band fully immersed themselves into the music of Ibiza, and came away from their trip committed fans of that sound. They were determined to have their next album reflect this new musical sensibility.

New Order took a longer-that-usual amount of time to record Technique - almost three years, much to their label's chagrin. By the mid-80s, Factory Records was bleeding money all over the place, but especially through the Hacienda, the Manchester nightclub and music venue jointly financed and built by Factory and New Order. Although popular, the majority of the Hacienda's patrons preferred taking ecstacy and other drugs to buying drinks at the bar. This, coupled with generally low admission prices, led to spiraling debts at the club. These debts were usually covered through revenues from New Order's record sales. By 1987, the Hacienda was costing Factory (or more specifically, New Order) nearly a quarter million dollars a year. So a quick turnaround on a new New Order record was necessary not just for the band, but more importantly for the label in keeping its various enterprises afloat. But New Order would not be rushed, and Factory was in no position to force the issue (especially since the band, not the label, owned all of their music). So all Factory could do was sit and stew as New Order flew back and forth to Ibiza month after month, tinkering with their new sound.

The long wait was justified when Technique was released in January 1989 and became an immediate hit, the band's first UK #1 album and their first non-compilation disc to go gold in the US (the Substance compilation went platinum in 1987), reaching #32 on the US album charts. Two album singles, "Fine Time" and "Round and Round", made the UK Top Twenty, but had even greater success in America, with both songs reaching the top five on the national dance and modern rock charts.

Being a long-time New Order fan, I bought Technique on cassette practically the instant it came out, and played it to death while driving around Virginia that winter. I especially liked "Fine Time", so much so that when I spotted a 12" disc of remixes available at the George Washington University branch of Tower Records that March, I immediately snapped it up. It's such a well-constructed song, that it can withstand the manipulation of several different mixes and still sound fresh and exciting each time.


So here you are, burned off of my still-mint condition vinyl copy - New Order's Fine Time 12", released by Factory Records in 1988 and distributed in the U.S. by Quincy Jones' Qwest Records (BTW - out of the 37(!) different versions of this record available internationally, this one is one of the few that have all five remixes available, along with the b-side "Don't Do It"). I think the quality of this burn is exceptionally good - if you feel otherwise, let me know and I'll rescorch it. Either way, let me know what you think: