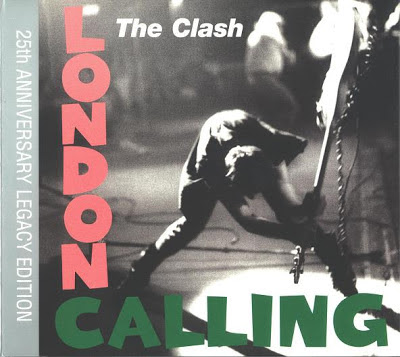 I have fond memories of this album. As I mentioned in an earlier post, I spent most of the summer of 1984 traveling up and down the East Coast on a Yard Patrol (YP) craft as part of my Youngster (sophomore) year training at the Naval Academy. We were part of a flotilla of three or four of these boats, doing training on maneuvers, navigation, etc. I thought that it would be a drag, but it turned out to be a lot of fun. We made port in cities from Maine to Virginia, and had a lot of laughs and adventures.

The training time at sea was intense, but interesting and somewhat fun as well. There were a couple of officers and enlisted on board, but most of the operation and management of the YP was done by the midshipmen, with two senior classmen in charge and more than a dozen of us lower-classmen doing the day-to-day duties. These included deck operations (handling the lines and the anchor), acting as radio operator or signalman, and the most coveted and enjoyable duty, manning the helm (actually steering the ship). But there was one job on board that everyone hated and tried to avoid - engine room duty.

The engine room space on the YP was a cramped, dank platform lined with valves and gauges, deep in the shallow bowels of that boat and accessible by a narrow, slippery ladder. These tubs were powered by cranky, rickety old diesel engines, which the engine room platform sat right in the middle of, so it was hot, loud and reeking with fuel fumes. Keep in mind that it was during the summer as well, which added to the heat down below. For your duty shift in this purgatory, you were responsible for monitoring power output and fuel consumption, and notify the officers at the first sign of any irregularity or malfunction. Basically, you sat on a stool for hours in the heat and noise, logging gauge readings into a grimy ledger, while a small and totally inadequate fan spun in a corner, futilely attempting to alleviate the temperature and stench. It was hateful but necessary work, and the first couple of times I took my turn down there, I was miserable.

But about a week into the cruise, I hit upon a solution - I asked if I could bring some music down into the engine room with me, and the powers-that-be approved (just before we left Annapolis, I had purchased a small cassette boombox at the Midshipmen's Store, and had brought it along with my rapidly growing tape collection). It did little to lower the temperature or dissipate the stench of diesel down there, but at least I could pass the time by listening to my favorite tunes. And the album I listened to down there the most was The Clash's London Calling - I don't know why; it just seemed right for the space.

I played songs like "Hateful", "Clampdown", "Brand New Cadillac" (covered by my own band many years later, to my delight), and my all-time favorite Clash song, "The Guns Of Brixton", over and over, perched on my stool in the bowels of that boat and singing along, safe in the knowledge that no one up above could hear me with all the engine noise down below. London Calling became a favorite during that summer, and remains a favorite to this day. As I've said before, Combat Rock is my personal favorite Clash album, but London Calling is probably the Clash's most perfect album, where they began to expand and add new sounds beyond their original punk style, without completely abandoning that ethic. There is no filler on London Calling - practically every song on the album is a classic.

[And, in addition, it has what is probably the coolest album cover in rock history, a shot of Paul Simonon smashing his bass in New York City in 1979. The original smashed instrument is on display at the Rock Hall of Fame in Cleveland - it was the single best thing I saw during my visit there in 2003!]

I have owned this album in practically every iteration - vinyl, cassette and CD. Back in 2004, when I heard that an expanded Legacy Edition of London Calling was going to be released, I immediately gave away my copy of the original CD and ran out to purchase the update. And I was not disappointed. The Legacy Edition contains a disc of remastered versions of the original songs, but the second and third discs are where the gold lies in this collection. Disc 2 features The Vanilla Tapes, the band's legendary rehearsal recordings from the London Calling sessions at Vanilla Studios in London, long thought to be lost after a roadie supposedly left them sitting on a Underground train seat. Mick Jones miraculously found copies of these tapes twenty-five years later, sitting in a cardboard box in his closet. And they are well worth the listen - intriguing demos of almost all of the songs that made the final album.

The third disc in this set is a DVD, containing promo videos for the songs "Clampdown", "Train in Vain" and "London Calling", candid footage of the band recording the album at Wessex Studios, and a great documentary, "The Last Testament - The Making of London Calling".

I'm not going to bother blathering on and on here about how great this album is - better writers than I have already showered London Calling with deserved praise. It is considered by most critics to be the best album of the 1980s (its American release was in January 1980, a month after its British debut), and without question it rates its inclusion as one of Rolling Stone's top ten albums of all time. So I'll stop talking, and just let you all listen and enjoy.

So, for your consideration: London Calling: 25th Anniversary Legacy Edition, the expanded and remastered version of the 1979 original album, released in 2004 on CBS Records. Enjoy, and as always, let me know what you think:

Music (Discs 1 & 2): Please use the email link below to contact me, and I will reply with the download links ASAP:

Video (Disc 3): Please use the email link below to contact me, and I will reply with the download links ASAP: