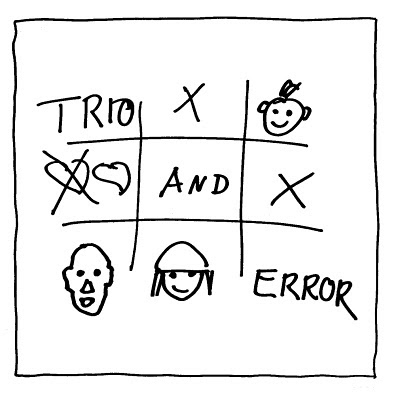 [I guess with my recent couple of posts regarding disasters, I've been getting some folks down. A friend here on this blog recommended that I lighten up a bit . . . so I'll put the bad tales aside for a bit, starting now:]

I spent a good part of my second summer at the Academy at sea, sailing up and down the East Coast on a small yard patrol (YP) craft with about 15-16 other classmates and a couple of upperclassmen. We were part of a flotilla of three or four of these boats, doing training on maneuvers, navigation, etc. Initially, I was disappointed to be on a YP, rather than over in Europe or the Far East as others were, but it turned out to be great. We took those puny vessels everywhere, and made a lot of extended stops in great places like Boston and New York City (my first long visit there). It was during one of those early stops that I first noticed HER.

She was a fellow classmate, beautiful and cool and athletic, part of the crew of one of the other YP boats in our group (somehow, I had never noticed nor run across her during the entire first year of school, which was strange because the campus and student body was not very large). Anyway, I was instantly smitten. Since she was on a different boat and off doing other things with her friends on shore, my encounters with her that summer were brief and fleeting, and in all of them she was cool and aloof and mysterious, which only piqued my interest further. By the end of the summer, I had a major crush on her . . . and she, no doubt, had little, if any, idea or interest in who I was or what I was all about.

But the Gods of Random Probability like to have their little jokes every once in a while - our class was the first in several years to be "scrambled"; that is, moved to different companies at the end of plebe year. And as fate would have it, she and I ended up in the same one, living just a few doors away from one another. Not that that helped my cause; I was a goof, and initially she wanted nothing to do with me at all.

But as time passed, slowly and steadily, our 'relationship' (as it were) progressed. In her eyes, I think I moved from being an annoying pest to a tolerable distraction to an acceptable acquaintance, and in time we became friends. We found we had the same sense of humor, and would find hilarious ways to make fun of the people we knew. I used to challenge her at racquetball, and she responded by kicking my ass every time we played. But mostly, we bonded over music. I had a large and growing collection of cassette tapes back then, probably the best selection on the floor, and she would sometimes come over to borrow music or talk about bands. We were supposed go with a group of people to see Book Of Love in DC one weeknight during our junior year, a show that necessitated that we go "over the wall", that is, leave the Academy grounds without permission . . . in the end, I couldn't go, but she did; the entire group got busted coming back, and received days of restriction and heavy demerits. She got me a Fishbone T-shirt from another show she went to that I didn't attend; I treasured that shirt, and wore it for years, until it literally disintegrated.

But with all of that, we were still 'just' friends. And that was cool by me; by that time, the old crush had cooled considerably. I still liked her, but I figured if we were to be just friends, then so be it. She had a boyfriend or two at school, and we each went to the Ring Dance at the end of our junior year with someone else. She was as aloof and mysterious as ever, but in a different way, now that we were closer. But I could still never 'read' her, or figure out what was on her mind.

So I was surprised when, on a Friday evening during the winter of our senior year, I found myself driving with her to my parent's house for the weekend, just the two of us. To this day, I still can't figure out how this came about; I don't really recall asking her. I might have mentioned that I go home on weekends from time to time, and she asked if she could join me - I simply don't recall. All I knew was, there I was, driving down a snowy Route 50 towards the Beltway and Virginia with the girl I'd liked for years sitting next to me.

The roads were bad and the going was slow, but I brought plenty of music along, which we played in my Subaru's tape deck. In addition to being the driver, I also served as the sort-of DJ, swapping cassettes out frequently, putting on stuff that she might not have heard before. One 'new' song really captured her interest, a simplistic melody called "Da Da Da" by a German band called Trio.

Trio (made up of Stephan Remmler on vocals, Gert Krawinkel on guitar, and Peter Behrens on drums) was formed in Grossenkheten, Germany in 1980. They were part of a strange but unorganized and unofficial hybrid of European new wave that appeared during that time, featuring simplistic melodies, songs with no more that three-chord progressions, and monotone vocals. Other practitioners of this sound back then included Young Marble Giants (previously covered in this blog) and The Flying Lizards from England. In many ways, Trio took that minimal sound even further than the other bands mentioned, utilizing only guitar and drums on their songs until late in their career. In a lot of ways, Trio was like the "new wave Kraftwerk" of their time.

But even with these limitations, the band still managed to put out some catchy, popular numbers, including the aforementioned "Da Da Da". This song was on their debut German-language album released in 1981, and eventually made it to #2 on the national charts there in April 1982. An English-language version of this song was released in England in the late spring of that year, and saw similar success, also reaching #2 there and selling over a million copies. The English version was also a hit in Canada later that year, making the Top 5 in that country.

With this international success, Polydor Records rerecorded Trio's debut, adding some English songs, and rereleased the album in the U.S. as Trio & Error in 1983 (the label retained the services of the band's long-time producer, the legendary musician, artist and Beatle friend Klaus Voorman). But the album and their international hit song did nothing here in this country; outside of a few college/alternative stations airing it, Trio's music went unheard by the majority of Americans. WHFS in Washington, DC used to play it once in a while, though; that's where I first heard it, and liked it enough to look for a cassette copy.

It was that cassette that was played over and over that weekend, as she and I rolled through DC. Even with the weather, we had a fun time. We went out to eat in the city, and hit a lot of the clubs, bars and dance places there (including the late, lamented new wave club Poseurs in Georgetown, at the foot of the Key Bridge - sadly, it's a bike shop now). My parents loved her, and made her feel completely welcome in their home. And she and I just laughed, and talked, and bonded. All in all, it was the best time I had all year; it was one of the best times I had during my entire time at school.

Trio released a final album, Bye Bye, in 1983, before breaking up the following year. 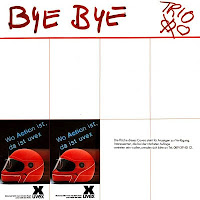 Speaking of "bye-bye" . . . as for that girl and I, that trip was sort of the high-water mark for anything serious. We remained friends for the rest of school and after graduation, but she moved to one side on the country and I moved to the other, and we just sort of went on with our lives, contacting one another occasionally. In time, even the memory of that time I spent with her that snowy February began to fade.

In 1997, I was watching something on TV; I can't remember what. When it went to commercial, the first ad up was an ad for the Volkswagen Golf. The commercial was simplicity itself - just two guys riding around in the car, with music playing.

I instantly recognized the song - it was Trio's "Da Da Da"! Somehow, the music completely fit the visuals of the ad. And in a flash, it brought back to me every detail my own road trip ten years earlier with that fetching passenger at my side, where that same song featured prominently. I never asked her, but I hope that she saw that ad too, and it brought back some fond memories for her as well.

Due to the popularity of the commercial, Trio's album was rereleased in the U.S. that year as Da Da Da, and finally gave the band some long-overdue chart success here. I've always hated the retitling - seemed like pandering to me. I'll always refer to it as Trio & Error.