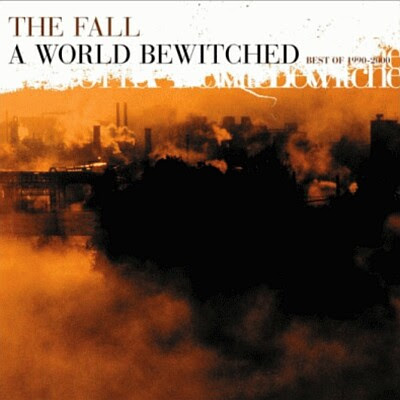 I found this one in Chicago.

In the summer of 2001, I flew to the Chicago area for work, as part of a team looking at a portfolio the company was thinking of buying. We stayed about 15-20 miles outside of the city, in a village called Bolingbroke (don't let the term 'village' fool you into thinking there are milkmaids and farm wagons rolling around dusty streets - the 'villages' in Chicagoland are huger and more populous than some cities back East. 'Village' is just a affectation they never got rid out out there). We were put up in some sprawling old hotel/"resort" - the kind of place with its own golf course, conference rooms, swimming pools, etc., spread out over several acres. I guess at one time, back in the '60s and '70s, the joint was considered to be pretty swank. But the owners had done nothing to keep the place current with the times; the wallpaper and decor were still echoing some time around 1973. The main bar resembled something out of a bad "Kojak" episode, and the only thing that kept my room from looking like Greg, Peter and Bobby's bedroom was the absence of a bunk bed in the corner.

However, the place wasn't all bad. Out of boredom one evening, I began wandering the hotel, and found myself in the game room, which was full of old video arcade games I hadn't seen or played in decades: Hard Drivin', Pole Position, Spy Hunter, Xevious - you name it, it was in there. So I had a good time killing an hour of two there.

But after a couple of days, I was getting pretty stir-crazy, working all day on site, then coming back to the House of Mannix. So one night I rented a car and drove into Chicago.

Prior to that visit, I'd never spent much time in that city, so I knew nothing about what was going on there. But I must say that I found Chicago to be a fun, hip little town. Lots of stuff to do, great restaurants (the steakhouses can't be beat), good bars and clubs, nice chicks - they've got a good atmosphere there. I grabbed something to eat at one of those steak places (don't ask me which one - I can't recall), then started walking around and looking around. I found myself in front of the local Tower Records, and decided to pop in for a bit.

I don't know about you, but when I go to a music store, the first stacks I go to are the ones for my favorite bands, just to check and see if anything new had been released, or if one of their earlier releases had evaded my attention. Since I'm a completist when it comes to most of my faves, these searches are usually futile - I'd already have everything they had out. But that night in Chicago, I ran across this Fall compilation, A World Bewitched: Best of 1999-2000, released on Artful Records earlier that year. 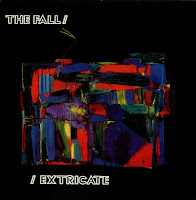 The 1990s were an iffy period for The Fall, in my opinion. Brix had left Mark E. Smith and the band, and her presence and ear for pop-friendly hooks was sorely missed. Her absence did serve as the inspiration for one of the best Fall albums of that era, 1990's Extricate, where (despite denials to the contrary) Mark savagely vents his spleen regarding her (What? "Sing Harpy" and "Black Monk Theme Part I" ("You know I really, really, really, really HATE you, baby!") aren't directed towards Brix? Really, Mark?). From there, the albums began a gradual decade-long slide into mediocrity. There were some high spots here and there: Code: Selfish and The Infotainment Scan had many high moments. But other releases like Middle Class Revolt and Cerebral Caustic seemed to lack the imagination and fire of some of the band's best material from the 1980s. And, of course, the infamous onstage punchup in New York in 1998 that led to the departure of longstanding Fall stalwarts like Steve Hanley didn't help either. The Fall really didn't start to get its shit back together until 1999's The Marshall Suite. 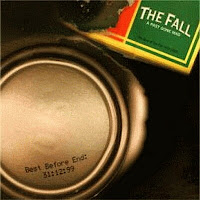 With all that being said, you would think that Fall highlights during tha decade would be few and far between. That didn't stop the release of a series of "Best of '90s" Fall compilations of varying scope and quality - A Past Gone Mad: The Best of 1990-2000 and Listening In: Lost Singles Tracks 1990-1992 among them (A Past Gone Mad is actually pretty good, collecting some of the best Fall songs from that decade).

But of all of these releases, I found the two-disc A World Bewitched to be the best of them all. This compilation picks through the dross of the decade, pulling out the superior cuts from that time that were left off of A Past Gone Mad - tunes like "4 1/2 Inch" and "Glam Racket" - so it's a good retrospective of that time and a good starting point for new Fall fans who want to hear the highlights from that period without purchasing all the albums.

But what makes A World Bewitched REALLY worthwhile for true Fall fans is Disc 2, which collects all of the decade's hard-to-find rarities and one-off collaborations by the band (or just Mark E. Smith) with artists such as Elastica and Badly Drawn Boy. Featured on this disc are songs such as:

- the band's superb cover of Dave Dee, Dozy, Beaky, Mick & Tich's 1960's hit "The Legend Of Xanadu", which before this album had only been available on a rare NME magazine compilation;
- the brilliant "Calendar", driven by Badly Drawn Boy's guitar, formerly available on a limited-edition "Masquerade" single; and
- "Seventies Night", a hilarious discofied workout between Mark and Edwyn Collins.

As mediocre as the Nineties seemed to be for The Fall, this compilation all but redeems the decade, and shows that, even when not at the top of their game, The Fall still crushes anyone else recording out there. 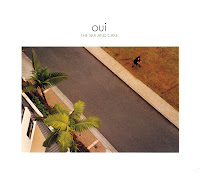 All in all, it turned out to be a valuable and productive trip to the city for me that night (I also picked up that night, on a whim, The Sea & Cake's Oui, which turned me into a fan of that band as well). We ended up not bidding on that portfolio we were there for. But I got cool new tunes out of the trip . . . so it was all good.

And here you are, for your listening pleasure. Enjoy: