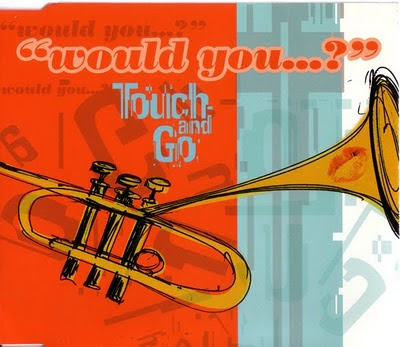 In 2000, I almost got a job with Hewlett-Packard. The company I worked for in Texas had suddenly and unexpectedly been acquired by Citigroup, and as a member of the corporate staff, I knew that my ass, like the asses of many of my compatriots, was going to be grass once the merger was complete. I started trolling around for a new position, and very quickly heard from H-P. They seemed pretty eager to speak with me, so much so that they very quickly sent me a plane ticket to Silicon Valley, California and $150 in cash for any "incidental expenses" I might encounter during my morning-to-evening visit there. I was pretty psyched.

I took an early-morning plane out of Dallas-Fort Worth International Airport, and by 9 a.m. local time, I was at the airport in San Jose, picking up my rental car (again, reserved for me by H-P) for the drive down to Sunnyvale. The interview there went pretty well, although I was surprised that I was not the only person the company contacted for the position in question - there were a few of us there, from places as far afield as Chicago and Boston, invited to interview for the job. But H-P kept things moving on an assembly-line basis, and every one of us was in and out of there in less than three hours.

My plane back to Dallas didn't leave until six that evening, so I had several hours to kill before the flight. I decided to head into San Francisco for a couple of hours, grab a bite to eat and have a few laughs. However, one destination in that city was in the forefront of my mind - Amoeba Records on Haight Street.

I don't know how many of you are familiar with Amoeba . . . nowadays, there are a couple of branches of this store - the other ones I know of are in Berkeley and the most recent one that opened in L.A. about eight years ago. But the Haight Street location is the flagship. Now, being as crazy about music as I am, I've been to music stores and record shops all over the world, and seen some good ones and some not-so-good ones. I have to say, unequivically, that Amoeba Music San Francisco is THE best record store on the planet. Bar none. It's a huge open warehouse of a space, the main floor of which is covered with bins full of all sorts of CDS and records. One side of this barn is devoted to "new" albums; an equal amount of space on the other side is reserved for "used" records. In previous visits to Amoeba, I'd found things there I'd been searching for for literally YEARS - dirt cheap. For me, that place was and is the Capital of Music . . . and since at that point I hadn't been to San Francisco in a while, and had no idea when I might be back there again, I was eager to spend some time once again browsing those stacks.

I made the hour-long drive into San Francisco with the radio on, scanning the dial, listening for something interesting (great radio stations in San Fran, BTW). I can't remember what station there it was where I heard "Would You . . . ?" during my drive, but the song captured my ears instantly.

Touch & Go was formed in England in 1997 by David Lowe, the only official member of the group. Lowe's day job is as a music producer for British television shows and commercials (all of the music you hear on the BBC News since 1998 was composed by him). He formed Touch & Go as a creative outlet, away from the constraints of TV production. In addition to writing, arranging and producing most of the songs, Lowe plays the keyboards, drums and bass on every release, assisted by various guest musicians who provide vocals, guitar, brass, what have you.

Touch & Go's first release was the Would You . . . ? EP on V2 Records in October 1998. The song's mix of horn-driven Latin jazz, house and electronic elements backing a sexy female voice mouthing laconic come-on lines was a sensation in England, where it shot to Number 3 on the UK Pop charts. Touch & Go began a European tour in late 1998/early 1999, taking their sound to several locations in Eastern Europe, where the song proved equally popular there and in several other worldwide locations (Australia and New Zealand especially).


The song did nothing of any chart importance here in the U.S.; but like I said, it caught my attention during my drive into the city. After a nice lunch at a seafood restaurant on Fisherman's Wharf (great crabmeat sandwich), I made a beeline for Amoeba. There, I proceeded to blow EVERY PENNY of the $150 in "expense money" H-P gave me on music - I got some great stuff, including the Would You . . . ? EP. I made it back to the San Jose airport in time for my flight, with a big bag of CDs tucked under the seat in front of me. I didn't end up getting the job with H-P, but no worries - in my mind, it was still a productive journey (and anyway, inside of another two weeks, I found a better, more lucrative position in New England . . . so there you go)!

On the strength of that single, Touch & Go cut an album, I Find You Very Attractive, in 1999. After a couple of other lesser-received EPs in the early '00s, Touch & Go's star has sort of faded in Great Britain. However, the band remains popular in Eastern Europe, and still tours regularly there.

Here's the Would You . . . ? EP I purchased in San Francisco over ten years ago. This is the U.S. version of the EP (there are about nine versions overall internationally), containing five different iterations of the title song. I still think this tune is pretty cool - have a listen, and let me know what you think.