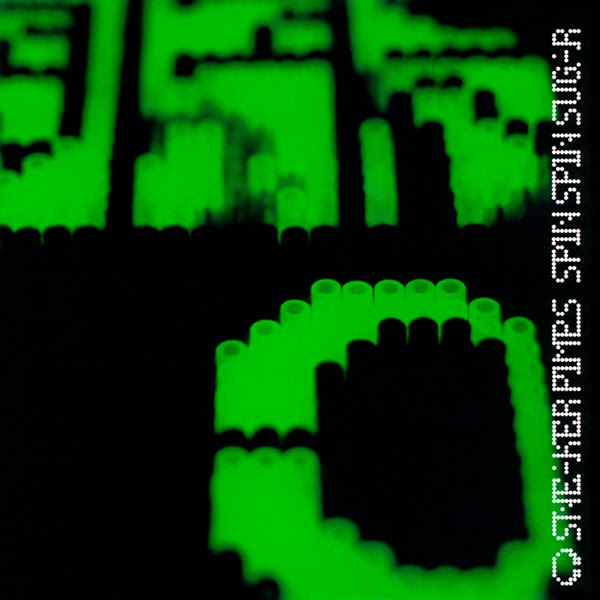 The only thing worse than getting royally screwed by someone . . . is screwing yourself over. Here's a prime example.

Sneaker Pimps was the brainchild of two musicians from Hartlepool (in northeastern England), friends Chris Corner and Liam Howe. Chris and Liam were the sort of teenage music nuts who would hang out together after high school, talking about bands they liked and creating their own weird, experimental lo-fi bedroom recordings. Their mutual interests in reggae, pop, funk, folk and show tunes eventually found their way into their music, and after college the pair (as F.R.I.S.K.) inked a deal with small independent Clean Up Records and recorded the instrumental The Soul of Indiscretion EP in early 1993. This disc (along with others such as Massive Attack's 1991 album Blue Lines) is considered to be one of the earliest examples of what soon became known as trip-hop - a label that the duo came to despise, as they weren't out to create a whole new genre of music. Whatever their intent, and despite the label's small reach and limited distribution network, the 'right' people were exposed to the EP, and the new sound began taking off and spreading. 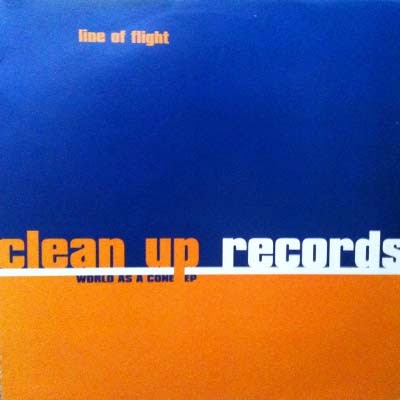 For a couple of years after this release, the duo worked as in-house producers for other Clean Up artists, and continued releasing trippy, funky, beat-heavy instrumental recordings on the label, both as F.R.I.S.K. (1994's Take The Sun Away EP) and as Line of Flight (World In A Cone EP that same year). But by late 1994, Corner and Howe were eager to move into producing their own complete songs, with more complex structures and vocals. Not feeling that they were up to the task of writing their own lyrics, they got in touch with an old Hartlepool school chum, Ian Pickering, and the three of them together honed about a dozen songs for eventual release. The only problem they had now was in finding an actual vocalist to sing their words over their music; Howe and Pickering couldn't sing very well. Corner had the pipes, but at the time he felt severe trepidation and anxiety over fronting as a lead vocalist. Beside, the group, now christened Sneaker Pimps (taken from an article they read in The Beastie Boys' Grand Royal magazine, about a guy they hired to track down classic sneakers), felt that the lyrics were more suitable for a female voice.

While attending a show in a Birmingham pub in 1995, Corner and Howe noticed Kelli Dayton, a saucy, bubbly lead singer and guitarist for a band called The Lumieres. They didn't think much of her personality, but they liked the sound of her voice, which seemed a perfect fit for the new songs they had available. After a few days of discussions, they talked Dayton into joining their band as vocalist. Two more old muso college friends, Joe Wilson and David Westlake, were also recruited to comprise a rhythm section, and the group entered the studio in early 1996 to record their first LP. Corner and Howe, as Line of Flight, served as producers, and shared engineering and mixing duties with others, including Flood and Nellee Hooper. This album, 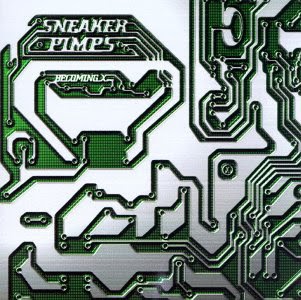 Becoming X, was released by Clean Up Records in England on August 19th, 1996. Throughout it all, Corner and Howe approached Sneaker Pimps and the album as a short-term project, fully expecting that the disc would repeat the fate of their previous Clean Up releases - a few thousand copies sold, a little recognition and acclaim in some limited quarters, and that would be that. They figured they would soon be back to their behind-the-scenes production duties and instrumental releases.

After a slow start, momentum behind this disc gradually began to build - first in England, where over the next year, four singles from the album ("6 Underground", "Spin Spin Sugar", "Tesko Suicide" and "Post Modern Sleaze") all made the British Top 25. The album itself went Gold in the U.K., with sales of over 100,000 copies, eventually reaching #27 on the charts. American distribution of Becoming X was picked up by Virgin Records, with the result being that "6 Underground" and "Spin Spin Sugar" also charted on the U.S. Hot 100 (the former nearly breaking into the Top Forty), and the two songs made the Top Ten on the American alternative and dance charts, respectively. The album also charted in the States, never reaching any lofty heights, but spending considerable time on the U.S. Billboard 200 charts and selling in excess of 200,000 copies. By all measures, the disc was a surprising, smashing success.

No one was more surprised than Corner and Howe; the runaway popularity of their little in-house project caught them completely off guard. These guys were primarily studio geeks, with no interest whatsoever in becoming rock stars (or so they initially claimed). But as the buzz began to grow in the U.K., Sneaker Pimps were reluctantly forced to get out on the road and tour. Originally slated for a short series of concerts in England, the tour kept expanding in size and scope, eventually morphing into an international campaign with scores of stops in dozens of countries over the next eighteen months. These shows were generally well-received, further enhancing sales of the album. By the end of 1997, Becoming X had estimated worldwide sales of over half a million. I snapped up my copy in the fall of 1996, while I was living and going to school in Charlottesville, VA - the local college station played "6 Underground" to death!


The release was so popular that an EP of remixes of the album cut "Spin Spin Sugar", put out in September 1997, also made the lower reaches of the UK Top Fifty. The EP song list was as follows:

By the unofficial end of their Becoming X tour in early 1998, trip-hop was no longer an underground phenomena but a mainstream genre, with established pop artists such as Bjork, Madonna and Kylie Minogue(!) incorporating elements of the sound into their own music. Sneaker Pimps were classed, along with artists like Portishead and Tricky, as leaders of the musical movement - a circumstance that left the group enormously conflicted. While they had received critical acclaim and great financial success with their sound, Corner and Howe decided they didn't want to be shackled to the trip-hop genre; they wanted the freedom to move in any musical direction they wanted, even if that risked all that they had achieved and experienced over the past two years. To me, that's a bit of a pretentious stance by self-styled "artistes" . . . but that's what they wanted.

In addition to that emotional conflict, tensions also began to rise within the group. As lead vocalist, the attractive Kelli Dayton naturally became the focal point and public 'face' of Sneaker Pimps; her pleasant, talkative personality contrasted sharply with the darker, more brooding personae of her band mates. Corner and Howe, of course, resented all of the attention being focused on Dayton; as far as they were concerned, Sneaker Pimps was THEIR band, and she was considered by them to be little more than a hired hand. Soon after their return to the UK after the tour, the group used part of their Becoming X cash to move their studio from northeast England to London, and began working on songs for the second album. Dayton insisted on assisting in that songwriting, but was repeatedly rebuffed. By this time, Corner decided that he had gained much more confidence in his singing abilities (what a shock, eh?), and not surprisingly, the songs he, Howe and Pickering wrote over the 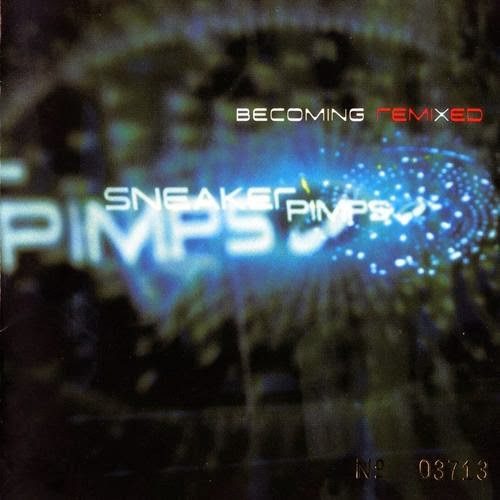 next few months suited his voice more than Dayton's. The handwriting was on the wall . . . Kelli Dayton was 'dismissed' (i.e., 'fired') from the group in mid-1998, and Sneaker Pimps continued on as a quartet with Corner as lead singer.

It took Sneaker Pimps nearly a year to finish their next album (ironically releasing the Becoming Remixed album - featuring Dayton's vocals - as a stopgap during that time). This sophomore 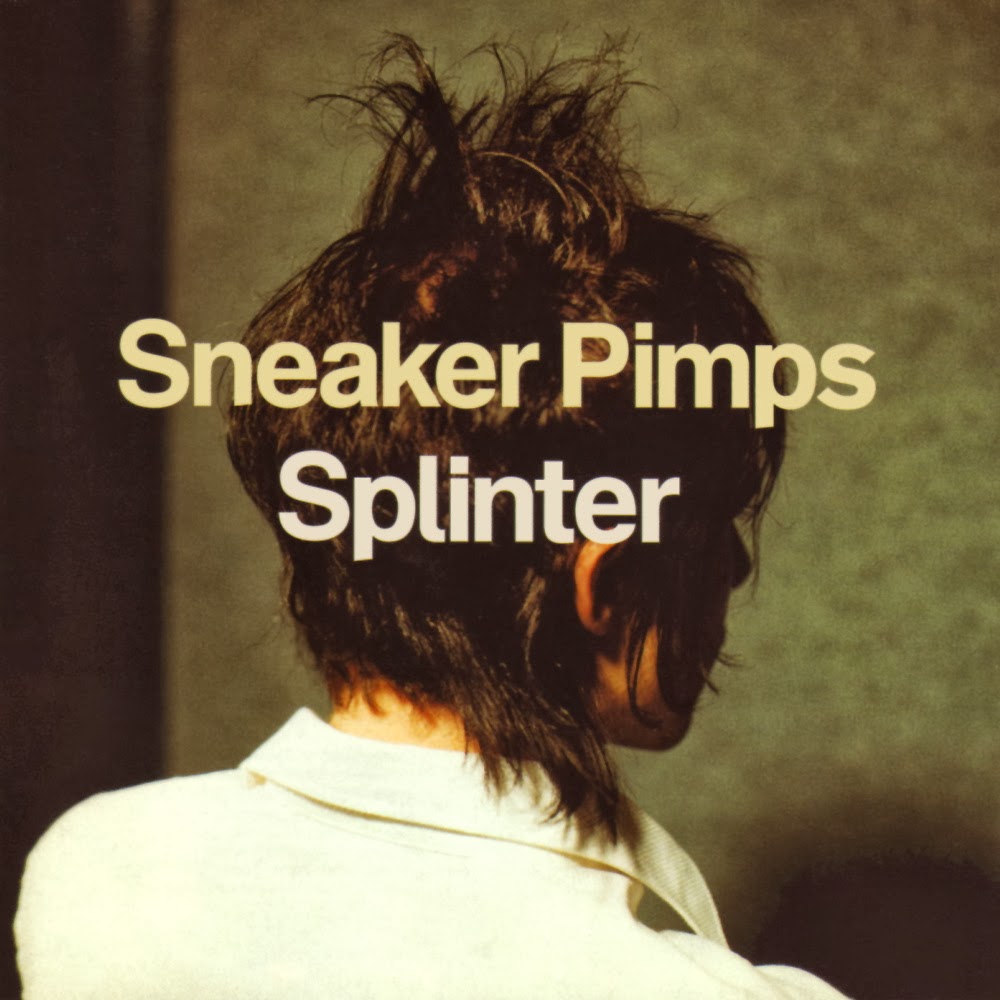 effort, Splinter, featuring a radically different sound from its predecessor, was released in mid-1999. As such, the album was generally ignored by most critics and mainstream rock fans in general, who were apparently looking forward to a more Becoming X-ish sound and found instead a more acoustic-driven, painfully emotive, somewhat whiny emo-rock disc.  Splinter has its fans, many of whom consider it to be Sneaker Pimps' best work. But the seemingly abrupt shift into this new sound did the group no favors, and resulted in extremely poor sales. The album faded from the charts very quickly, with only two cuts from the disc reaching the lower end of the British Top Sixty. If they had played their cards right and capitalized on their successful debut, Sneaker Pimps were poised to break out with their second disc. But the reception of Splinter doomed them from that point onward to being a second-tier band. And they had no one to blame but themselves. 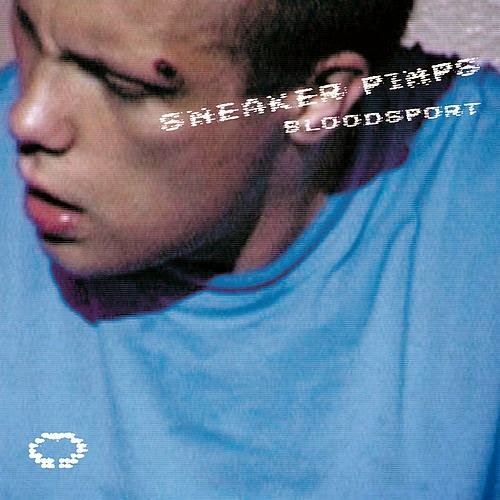 After their next album, 2002's Bloodsport, flopped in Britain, the members of Sneaker Pimps scattered. Since that time, Chris Corner has released five solo albums under the moniker IAMX [hmmm - Becoming X; "I AM X" - still a little possessive and defensive, are we not?]. Liam Howe is a successful music producer, and Joe Wilson and David Westlake went on to form the band Trash Money. Kelli Dayton (now known as Kelli Ali) has released three solo albums, the last being 2008's Rocking Horse. Thus ends the tale of a band that singlehandedly engineered its own demise.

But at least we have some fond memories and good music to remember them by. Here's Sneaker Pimps' Spin Spin Sugar EP of remixes, released by Virgin Records on September 23, 1997. Enjoy and, as always, let me know what you think.