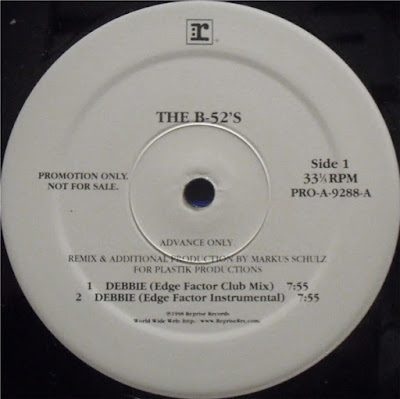 Found this one over the summer at a hole-in-the-wall vinyl record store in Mystic, Connecticut, situated in a side alley

midway between the town's river drawbridge and the original Mystic Pizza location, namesake of the famous Julia Roberts movie. I was in town for the afternoon, taking in a few of the scanty sights and browsing the tourist trap shops along Main Street, when I recalled the existence of this record store, Mystic Disc, from a previous visit many moons ago.

Mystic Disc is exactly what you would expect in a classic, longstanding record store - a ramshackle space about the size of

a living room in a building that has seen better days, with old-fashioned wooden album racks taking up every possible square foot of floor space conceivable to display the voluminous wares but still allow the minimum amount of free space required for customers to actually move around, and the walls jammed to the ceiling with album covers, concert posters, t-shirts, photos, and other music paraphernalia. The air in the shop is close and semi-humid, with a low, latent scent of dust, the nearby river, armpit sweat from the hippie-fied proprietor, and that 'old record' smell - a staple of old stores like this.

Now, while that description of Mystic Disc may sound a little condescending and depressing, that was not my intention in the least. I LOVE old records stores like this, and whenever I come across one, wild horses can't drag me away until I've had a thorough look through what these places have to offer. I'm always hopeful in my searches through these stores that somehow, someway, that rare overlooked gem that I'd been searching for for years will magically appear and justify the hour or so I spent churning through crusty old Olivia Newton-John and obscure early '70s prog-rock albums. Of course, that very rarely happens . . . but I'm an optimist, and therefore hope always springs eternal.

I wasn't exactly looking for B-52's music that day, but I came across this disc anyway during my peregrinations. "Debbie" was one of two new songs the band recorded for the release of 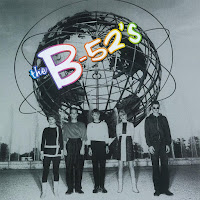 their 1998 single-disc compilation Time Capsule: Songs For A Future Generation (the other one being "Hallucinating Pluto"). Being a big Bee-Fives fan, I of course bought the comp when it came out all those years ago, but to be honest neither of the two new songs did all that much for me. In my opinion, the sound of both of those songs veered dangerously close to the overall sound of their 1992 album Good Stuff, a disc I've reviled for years (as I've mentioned before in detail). However, of the two, I guess that if I had to choose, I would have to favor "Debbie" over the other one. Here's the video:


[In addition, I consider Time Capsule to be a flawed compilation. Again, it's only a single disc, with fully half of it weighted towards the later-period B-52s songs off of Cosmic Thing and Good Stuff. In doing that, they leave off some some group classics, like "Give Me Back My Man", "Dance This Mess Around" and "Devil In My Car". I 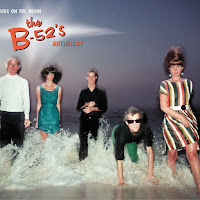 think that even the band themselves realized what a half-assed job Time Capsule did in summarizing their legacy; it was less than four years later that the vastly superior (in my mind) double-disc Nude On The Moon anthology was released. Anyway, I digress . . . let me continue:]

The factor that tipped me towards purchasing this EP that day was the price; Mystic Disc was practically giving it away. Here's the song lineup:

There's nothing particularly essential here in these remixes for B-52's fans; this offering is basically for completists (like me) who want every note, burp and gurgle associated with one of their favorite groups.

So here you are: The B-52's Debbie 12", a promo copy of dance remixes released in the wake of the band's 1998 compilation album, burnt off of glorious vinyl. Enjoy, and as always, let me know what you think.