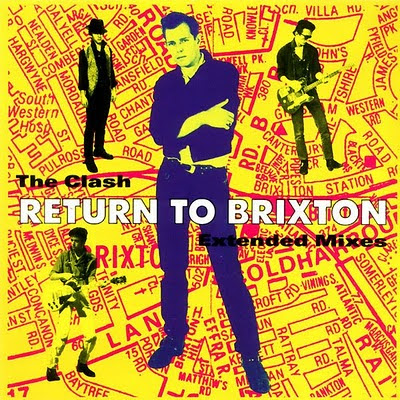 It took me a long time to get into compact discs. I can remember when the Midshipmen's Store at Annapolis started stocking the things in 1985, a small area (basically, a little kiosk) within the store's already small music section. This was in the 'longbox' era, when CDs were packaged in 12" boxes so they would fit a music store's already in-place vinyl record racks. These long, thin things seemed strange and exotic back then, and there was a mystique about the technology behind those shiny little circles that mesmerized many people. However, the discs were also prohibitively expensive, as were CD players. And it's not like there was a huge selection of music, either new stuff or back catalogue items, available for sale in the early days (especially at the Mid Store, of all places . . . I'll be charitable, and just say that the CD albums they did have to offer at that time weren't exactly on the cutting edge). During my time at Annapolis I had managed to assemble an awesome collection of great tunes, the bulk of it (about 400-500 albums) on cassette tapes that I meticulously stored (alphabetically by artist and chronologically by release date - yes, I was (and am) that anal retentive . . .) in padded faux-leather cases. As much of a pain in the ass as it was to cart these bulky tape suitcases around with me hither and yon, I wasn't about to casually give up on my music treasures, compiled with much thought and at great expense over those years, and start over again.

So during the late '80s, while everyone else I knew forged ahead with their CD collections, I remained committed to cassettes, a musical Luddite clinging to a rapidly outdated format, the music industry equivalent of the buggy whip. In hindsight, I should have switched over sooner. But I guess in many ways, I was still intimidated by CD technology.

For example, I remember my first visit to England, in 1988. My ship docked in Portsmouth, and that first weekend there I caught British Rail and headed for London, Ground Zero for me as far as what was happening in the world musically. I arrived there coincidently on the same day as the historic Nelson Mandela 70th Birthday concert at Wembley Stadium. But I wasn't interested in any of that activity, I wanted to see things that resonated with me (like Kings Road, as seedy and awesome as I thought it would be, and Brixton, which was sort of scary and grim until I fell in with some locals). At one point during that trip, I HAD to go to the world-famous Virgin Records store near Piccadilly Circus. I bought tons of tapes while there, but the main thing I remember about the place was the "CD factory". There was a sublevel in the Virgin building that could be viewed through glass from the upper levels. On the sublevel floor was a compact disc production line, manned by workers wearing white hooded anti-static suits, smoked glasses and face masks. It was all very sterile, protected and futuristic, and it made quite an impression on me - the WRONG impression. I thought, "Shoot, CDs are so hard to make, no wonder they're so expensive!" If a tape broke on you, you could either go out and buy a replacement fairly cheaply, or else borrow a friend's cassette and make a new copy - with CDs so pricey and apparently fragile, what would happen if one of those discs broke? So I remained on the CD sidelines.

Finally, by the early 90's, the pressure to switch over to CDs was becoming unbearable. The final push over the line happened due to good old WHFS, the old alternative music station for Annapolis, Baltimore and Washington. I had just left the Norfolk area after three years and returned to the DC area to take a job in Arlington, and I was happy to be back in my old haunts and once again surrounded by 'good' music (the Tidewater area being a virtual backwater for that type of stuff, as I've mentioned in earlier posts). One of the first things that met my ears upon my return that spring was a very cool remix of The Clash's "The Guns Of Brixton", a song in semi-heavy rotation on 'HFS.


Now, not only is The Clash one of my all-time favorite bands, but "The Guns Of Brixton" (off of London Calling) is quite possibly my all-time favorite Clash song. So I went running to the old Tower Records at George Washington University to grab this remix . . . only to find that the EP wasn't available on tape, ONLY on CD.

I stood there in the record store with head bowed, pondering, holding that CD longbox in my hand for what seemed like several minutes. Finally I sighed, shrugged my shoulders, and walked to the counter to purchase it. They finally got me.

The next day, I bought a Sony portable CD player that came with a little doohickey that attached to the player and ran into the car's cassette tape slot, so I could listen to the CD while I drove (with skips and all - the anti-skip technology back then wasn't as advanced as it was now, necessitating careful driving and/or ingenious padding to enable you to hear an entire song without interruption). And the rest, as they say, is history . . .

So here's the one that started it all for me - the very first CD I ever bought, the Clash's Return To Brixton [Extended Mixes] EP, released by Epic Records back in 1990. Even after all of these years, I still enjoy these remixes, and I hope you all enjoy them too. Here you are - let me know what you think: