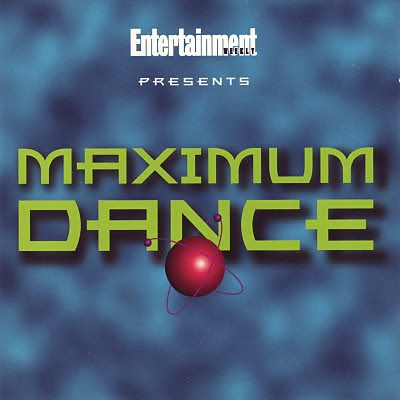 In the mid-90s, I was a loyal subscriber to Entertainment Weekly magazine. Now normally, I'm not a committed reader of media/music rags. I have been known to pick up the occasional British music magazine (Uncut, Mojo, etc.) from time to time, but it's not like I'm pacing in front of the bookstore every month, breathlessly awaiting the next issue. I've never had much use for periodicals like Rolling Stone, TV Guide, Creem, Hit Parader or mainstream mags of that ilk.

The only other entertainment magazine I ever made the effort to subscribe to was SPIN, back in the early days of its existence (i.e., the late 1980s). In its early days, SPIN's music coverage was consistantly great, a lot better than the middle-of-the-road music dreck that Rolling Stone was putting out. The magazine was so good, in fact, that Mark E. Smith went out of his way to give a positive name-check to SPIN in song (in "Oswald Defense Lawyer", on the 1988 Fall album The Frenz Experiment). When Mad Mark is singing your praises, you KNOW you're doing something right.

But unfortunately, grunge came along and destroyed SPIN magazine. Not that I have anything against grunge - it's just that, suddenly, SPIN became the house organ for the whole movement, and the magazine's coverage became all-grunge, all the time. I liked SPIN for its FULL coverage of the alternative music scene, not just that tiny sliver. After a couple of years of this sort of tedium (I mean, hell, how many times can you write about Mudhoney and Pearl Jam, seriously?), I finally threw in the towel and failed to renew my subscription.

Now, Entertainment Weekly wasn't a substitute for what SPIN used to offer. The magazine wasn't exactly on the cutting edge of what was happening in music and movies, and I didn't have any burning love for Entertainment Weekly's prose either. The only reason I kept getting this periodical year after year was that, as part of your renewal, the magazine would provide free music compilations as part of your paid subscription. Sometimes the compilations were rock; sometimes they were disco; other times they were country. But all of them were superb overviews of their particular genre.

This compilation, Entertainment Weekly Presents Maximum Dance, was mailed to 1995 subscribers. I personally feel that this was the finest of all the magazine's music sets, as it provides an excellent overview of the state of dance music in the late '80s/early '90s. Most of the major hits from that period are included on this two-disc set: Haddaway's "What Is Love"; "I've Been Thinking About You" by London Beat; "O.P.P." by Naughty By Nature; and many, many more.

I'm not embarrassed to say that, back in the day, I spent many an hour getting down to these hits in dance clubs from Narvik, Norway to Valparaiso, Chile and points in between. Yeah, a lot of these tunes seem cheesy now (especially the ones that have moved into the realm of parody, like the Haddaway song and Right Said Fred's "I'm Too Sexy"), but it helps to remember that, in their time, all of these songs were HUGE hits and dance-floor staples. Here's the lineup:

If you're still a fan of this sort of music, this compilation is a one-stop source for all of the good stuff from back then. If you're not a fan, then hell, at the very least this set is good for a laugh, and hearing what people thought was cool at that time. Either way, here you go. As always, enjoy, and let me know what you think.