Poll results: "There have been a lot of questionable film remakes recently ("Red Dawn" and "Total Recall" are the ones that immediately come to mind). Which of these classics should/will never, ever be remade? 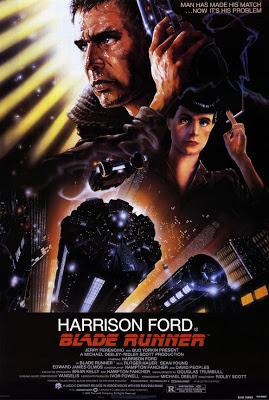 Thanks for the participation in this poll conducted last month. Here are the results:

I was somewhat surprised at first at the strength shown by Back To The Future, as a movie that should never be remade.  Then I thought about it a bit . . . and yeah, as usual, you all are right. Back To The Future has that rare combination of story and casting that makes it impossible to replicate; it's hard to imagine any actor, then, now or in the future, filling the shoes of Christopher Lloyd or Michael J. Fox (I've seen stills of Eric Stoltz, the original Marty McFly before he was fired two weeks into production - even then, he just looked wrong for the part). And it would be madness to try to improve upon the screenplay for this film. I recall reading a review about it a couple of years ago, and the critic pointed out that practically EVERY line in Back To The Future was there for a reason - even the seemingly throwaway lines had enormous portent later in the film. Now THAT'S good writing.

Pulp Fiction is on a different level than Back To The Future on being unable to be remade. The writing for this film is just as strong as that for BTTF - stronger, actually. However (and I hate to say this), in my opinion the casting in Pulp Fiction, while brilliant in most aspects, is lacking for several characters (such as Amanda Plummer's Yolanda and Eric Stoltz's (wow - him again) Lance - and especially with Quentin Tarantino's Jimmie, a portrayal which singlehandedly nearly submarines the third act of the movie). But the thing with Pulp Fiction is that it was such a unique, groundbreaking movie that is both of its time (the mid-90s) and yet timeless in that it has yet to be ably duplicated or topped - THAT'S what makes this film one that future auteurs shouldn't ever consider touching.
My own personal choice for "Most Unremakeable Film" is the Lord Of The Rings trilogy - in every aspect of these movies, from story to casting to location, they completely stayed true to Tolkien's vision, and honored the underlying feel and philosophy of these books. I can't imagine any future filmmaker improving upon these films in any significant way - I think it would be pure hubris and folly for any future director to consider the Lord Of The Rings films as anything other than a perfect work.

All of the films in this poll are such that I hope and pray no one ever decides to give them another go. They're called 'classics' for a reason - let 'em stay that way, I say. 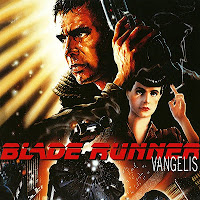 Again, thanks for voting. I'll think up another reader poll soon. Until then, I'll leave you with a film soundtrack classic: Vangelis' memorable, atmospheric and groundbreaking score to Ridley Scott's Blade Runner, composed in 1982 but not officially released until 1994 on EMI (Atlantic Records in the U.S.). Enjoy, and as always, let me know what you think.