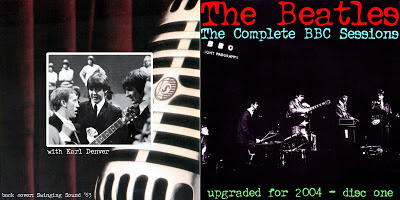 January is always the slowest month for me, in terms of putting up new posts on this blog. Coming down off the highs of the run-up to Christmas and New Years, and facing all of the holiday bills I now have to pay . . . plus football season is winding up (with my team, as per usual, not making the playoffs) . . . and the weather REALLY starts to suck, so now I get to face weeks of driving to work over icy roads on bald tires.  Let's just say that my mood during January isn't the greatest.

I'm just trying to drag myself through the month, with a thick, hazy cloud of ennui hanging over my head like a real-life Schleprock ("Wowzy wowzy woo woo", indeed). And that slackadaisical attitude can't help but extend itself into my writing; I just lose the motivation to put pen to paper (or more accurately, "fingers to keyboard") for a couple of weeks.

But gradually, as February and the prospect of warmer weather in the near future approaches, I usually shake out of this funk, and start getting back to some serious posting. So just bear with me, folks, please - I'll be fully back at it soon enough.

In the meantime, I hope this one tides you all over: The Complete BBC Sessions, put out by the good people at Purple Chick back in 2004. This is the updated and expanded ten-disc set they put out in late 2004 (they originally released a three-disc set earlier that year), containing (by my count) all fifty-one Beatles shows aired on BBC Radio between 1962 and 1965.

And if THAT'S not enough, there's a little something extra I've included with this post - the elusive 11th disc in this set, containing interviews the band and band members conducted on a variety of shows between 1963 and 1970, along with songs from guest bands that were included as part of their many BBC shows (very few of their BBC shows were 100% Beatles material - music from groups the Fabs liked were usually included to fill out the programs).

I've been getting quite a bit of demand for this set over the past week, so I figured I'd post it, and let the masses have a crack at it as well! I've converted all of the albums over from FLAC to .mp3 - sound quality is still good, and the files are much smaller and iTunes-friendlier.  And all the song names and interviews denote the shows they originated from - it took me a while to find and append that information on each file, especially on the bonus disc - but it was worth it.

So, for your (extensive) listening pleasure, I proudly present you with The Beatles' Complete BBC Sessions, nearly 20 solid hours of nonstop listening spread over eleven discs, courtesy of Purple Chick. Enjoy this humongous stopgap done to rectify my recent lack of posts . . . and as always, please let me know what you think.


[Postscript (26 May 13) - getting a HUGE amount of interest in this posting over the past week, due to the recent article in the Atlantic Monthly regarding the Beatles' BBC recordings - thank you, magazine writer Colin Fleming!  Here's a link to the article, if you're interested.]