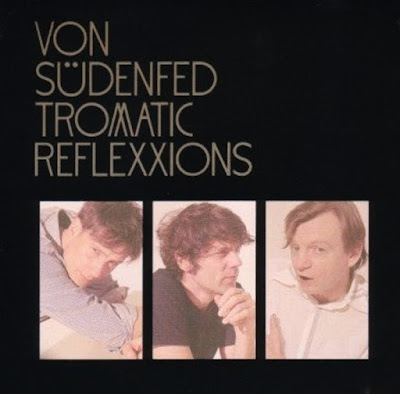 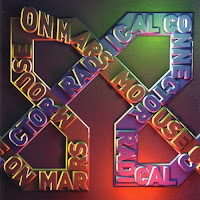 In August 2004, German electronic collective Mouse On Mars released their eighth album, Radical Connector.  On this album, the group continued its shift from a pure electronic sound (evident on some of their earlier '90s albums like Vulvaland and Autoditacker) to a warmer, more poppier and almost danceable vein, a sound the band had begun fully experimenting with on their previous album, 2001's Idiology.

One of the songs on Radical Connector included a funky and thumping, although somewhat leaden and plodding, tune called "Wipe That Sound", which featured Mouse On Mars' percussionist Dodo Nkishi on vocals:


The album received generally good reviews, but it wasn't considered a significant departure from what the band produced on Idiology. 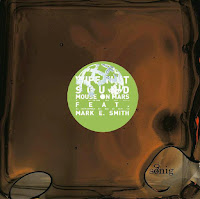 The next year, Mouse On Mars produced a Wipe That Sound EP, reworking/reimagining this track with guest vocals from The Fall's Mark E. Smith. In lieu of my own words, I'll refer to an analysis of this EP track provided by the blog Music Geek Corner:


"It's a major re-thinking: the track begins with a new drum part whose offbeat hi-hat accents work well to diffuse the original's clompiness. Smith's vocal, of course, adds a completely new texture to the track - but what's often overlooked about Smith is his skill as melodic minimalist. Smith essentially adds a two-note chorus to the song (the recurring bit about the garden), and it provides an effective hook to the track. The string synth part also makes this version more song-like (and commercial, in fact - although the multiple tracks of crosstalking MES are unlikely to contribute to that direction)."

I really didn't follow Mouse On Mars back in the mid-2000s, so I don't know when or how I first became aware of this track. But once I heard it, I thought it was fantastic, and quickly ran out to acquire the song. I heartily agree with every word of Music Geek Corner's analysis above.

I think it was sometime in late 2006/early 2007 that I got word that Smith's work with Mouse On Mars members Andi Toma and Jan St. Werner wasn't just a one-off; they had joined forces into a supergroup of sorts called Von Südenfed. At first, it seemed sort of weird to me that Smith would expend so much time on and effort with an electronic music group, a genre that in the past he'd expressed nothing but disdain for. But, after reflection, I realized that his work with the group was no weirder than his previous collaborations with other unlikely musicians, included Coldcut and Edwyn Collins. Plus, I'd enjoyed what the combo had released on that EP in 2005. So I was somewhat looking forward to hearing what this musical meeting of the minds would generate.

The collective's first release, Tromatic Reflexxions, came out in 2007; I had it rush-delivered to me via mail order. And I have to say that I was NOT disappointed. The album is actually very funky, quirky and dancable, and Smith is in fine form here. He actually sounds happy on some of the songs, perhaps because he's free of the structures (mostly self-imposed) inherent in his main group.

On this album, they even redo the 2005 version of "Wipe That Sound" (retitled "That Sound Wiped" here), and actually improve upon what I thought was already near-perfect. In the Von Südenfed version, they open up the song and the beat, allowing Smith more space to rant and croon - yes, he's actually singing here! - about the "yellow-helmeted bike messenger" who "don't look like no goddamn singer-songwriter" to him. Just a superb effort:


There are so many other great songs on this album - including the very dancable "Fledermaus Can't Get It" and my personal fave "The Rhinohead".


All in all, I found this disc to be a superb addition to the Mark E. Smith canon, and came at a time when he and The Fall were enjoying a critical resurgence of sorts, with the band's album release that year (Imperial Wax Solvent) making it into the British Top 40 (their first appearance of a Fall album there since 1993's Top Ten The Infotainment Scan). I was looking forward to hearing more from this group... but later that year, in December 2007, Smith sent out a notice on the official Fall website that he had been "sacked" from Von Südenfed. There was some confusion as to whether this was true; from all indications, Toma and St. Werner kept the door open for Smith to rejoin them. But for some reason this never happened, and now with Smith's death, never will... which is a damn shame.

At least we have their sole release as some consolation. Here's Tromatic Reflexxions, released by Von Südenfed (with group member Mark E. Smith) on Domino Records on May 21st, 2007. Have a listen, and as always, let me know what you think.