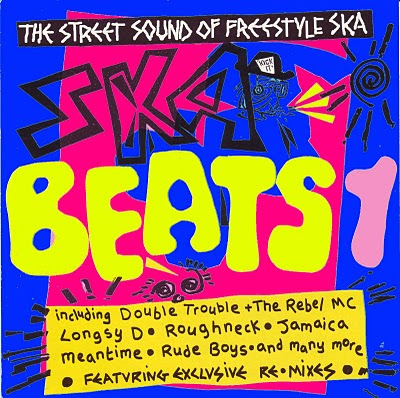 I became a big house music fan back in 1988, after spending six months that year in various places in Europe and witnessing the house explosion there first-hand. One of my most vivid memories from that time is sitting in a seemingly dead and half-empty disco in Dunfermline, Scotland one chilly October night, waiting for something to happen. The DJ there put on D-Mob's "We Call It Acieed", and it was like a bomb went off - people came from everywhere, and in an instant, the place was packed with wild, gyrating Scots shaking the dance floor with a frenetic, tribal stomp that left me sitting there with my mouth wide open . . .

And I was lucky enough to arrive in Antwerp at practically the very beginning of the Belgian acid house wave. I spent much time at those city clubs, dancing it up like a crazy man, stumbling out of there half-drunk, bruised and confused, squinting painfully into the morning sun after many an all-night session there.

The big house music capitals in the U.S. back then were Chicago and New York; Norfolk, Virginia, where I lived, wasn't exactly a hotbed of any type of with-it musical activity. So, to get my house fix on, I usually had to travel three hours up the road apiece, to Washington, DC. The club Empire, on F Street, was probably the center of DC's house scene back then. And as for records, the ONLY place to go in town for the latest house cuts was 12-Inch Dance Records just off of DuPont Circle.

It was at that record store that I first began hearing about a new subgenre of acid house called "skacid", a hybrid of house and ska music. Now, in addition to being a house fan, I was (and still am) a HUGE ska aficienado, both original (Prince Buster, Lee Perry, The Skatalites, etc.) and revival (The Specials, Madness, The Selecter, etc.). Needless to say, I was eager to have my ears sample this new blend. So, when Ska Beats, Vol. 1 came out, I snapped it up.

This album delivers on all levels, providing what at the time was an up-to-date overview of the state of the Skacid nation, with important and popular cuts by Longsy D (probably the name most associated with the genre) and Double Trouble.  I played this album to death, and rabidly looked forward to follow-ups to it ("Ska Beats, Vol. 2", "Vol. 3", etc.). Sadly, they were not to come.

Skacid petered out almost as fast as it appeared. By the end of 1989, the genre had run its course, making Ska Beats, Vol. 1 the sole, definitive document of the era. I hope you enjoy it as much as I have over the years (word of advice: play the first three songs ("Mental Ska", "Just Keep Rockin' (House Mix)" and "Force Ten From Navarone") in order, without stopping - there are few better compilation album openings!).


Please use the email link below to contact me, and I will reply with the download link(s) ASAP: