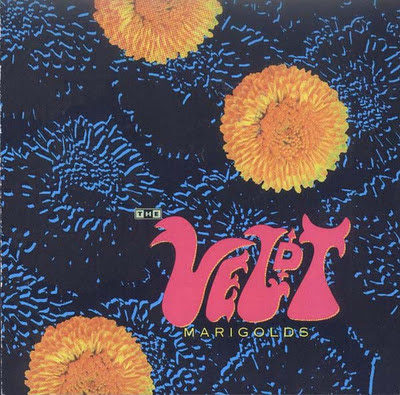 I always get a little angry nowadays when I think about The Veldt. These guys should have been HUGE - or at least a lot huger than they were.

It must have been sometime in late 1991 when I first heard about these guys, when one of the music rags I regularly read back then (it might have been SPIN, but it's been so long now I simply don't recall) carried a short article/interview with them. There might have been a picture, but maybe not. What I DO remember about the feature was something one of the band members said about their music being sort of a meld between English dream pop and acid house music. I specifically recall one of the band members saying: "Yeah, Cocteau Twins are definitely 'in the house'!" Being both a huge Cocteaus and house music fan back then, reading that quote made my ears prick right up - I couldn't WAIT to hear what these guys sounded like. In the meantime, I tried to dig up some additional information about them, but there wasn't much to be found. A lot of what I came upon about The Veldt was dug up much later.

The Veldt evolved in 1986 from Psycho Daisies, a hardcore punk band that played in and around the Chapel Hill, North Carolina area. Initially, it was just vocalist Daniel Chavis, his twin brother Danny on guitar and friend Robert Jackson on drums, but by 1988 Jackson had moved on and the Chavises recruited Martin Levi behind the kit. Their sound also evolved, from a pure punk attack to a more nuanced, melodic, guitar-driven sound, owing more to The Jesus & Mary Chain and Lush than Black Flag and Agnostic Front. The band spent its first couple of years paying its dues initially on the college and small club circuit in North Carolina, trying to build a fan base. 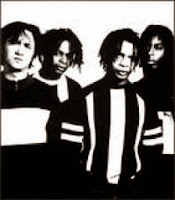 Being a dream pop/shoegaze band in an area home to emerging alternative acts like Archers of Loaf and Superchunk was hard enough for the group. But this band had another major, more obvious difference from these associated acts that they had to work especially hard to overcome: The Veldt's members were predominantly African-American.

If you think being a black alt-rock band in the Southern United States at that time wasn't that big of an issue . . . well, I'll let Daniel Chavis describe it:


"Race was definitely an issue. No matter where we played in the South it was the same thing. We would get asked if we were a reggae band, if we were a funk band, if we were an R&B band; people who had never heard us would say, ”If you like Living Colour you will love these guys!” We didn’t/don’t sound a thing like Living Colour! Yes, race was an issue - but you can’t state the obvious because then people say you are whining!"

Despite these issues, The Veldt gigged constantly in the Raleigh/Durham/Chapel Hill region, and by mid-1990 the band developed a strong following in the South Atlantic states, drawing both white and black fans to their shows. The rest of the music industry began paying attention to what the band was doing. The Veldt was offered a supporting slot for portions of The Jesus & Mary Chain's 1990 North American Automatic tour, and in the next year played several Southern shows as an opening act on The Pixies' Fall 1991 US tour - nearly unheard of for an unsigned 'local' act. Music fans overseas (especially in England) also began to take notice of the group's sound. The Veldt developed an even larger European audience, and the groups over there who were their inspirations and contemporaries became their friends and mentors. The Cocteau Twins' Robin Guthrie became especially close with the band, as did other artists on the 4AD roster, such as the members of A.R. Kane (known in the English music press as "the black Jesus & Mary Chain") and recording engineer Lincoln Fong.

Around the same time that the magazine article I saw appeared, The Veldt signed a deal with Stardog Records, ostensibly an 'indie label', but in actuality a subsidiary of recording giant Polygram, created initially as an imprint for the release of Mother Love Bone records after that band signed with the label in 1989. And in early 1992, they put out their first disc, the Marigolds EP, a recording presided over by both A.R. Kane and Fong (Fong also plays bass on the EP). On Marigolds, you can hear the definite influence of My Bloody Valentine and J&M Chain in the alternatively swirling/grinding guitars, along with the heavy percussion sound inherent in some of A.R. Kane's later work. But the main difference between the sound of these aforementioned acts and The Veldt was in Daniel Chavis' aggressive, powerful vocals - he's not pussy-footing it around here. Just listen to "CCCP", the opening cut:


The album was generally well-received, and more good things started happening for the band. The success of the record led to Stardog putting them out on the road again, this time under more comfortable circumstances (the band was provided its own tour bus). Over the next two years, The Veldt crisscrossed the country, serving as an opening act for The Church, Lush, and their friends The Cocteau Twins. Just before their tour with the latter band, The 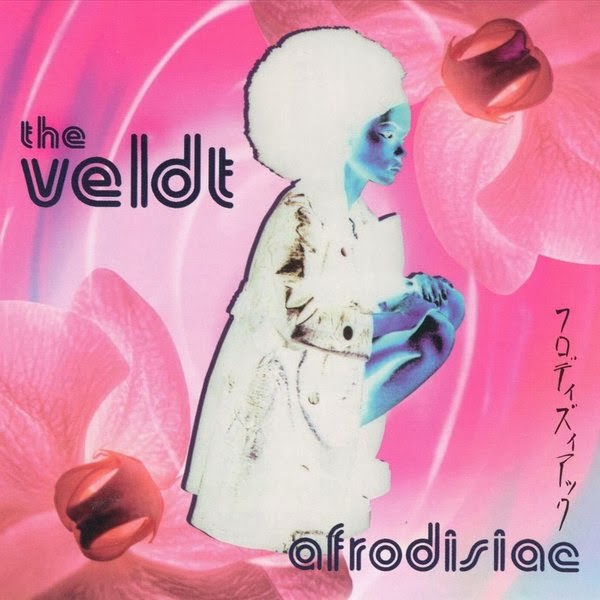 Veldt left Stardog to sign with major label Mercury Records, who heavily courted the band based on the strength of Marigolds. As good as their first EP was, their major label album debut, 1994's Afrodisiac, is even more incredible. Frankly, it's an lost shoegaze classic, rivaling anything ever released by their genre compatriots Slowdive or Ride. Just listen to this cut, "Soul In A Jar", and tell me that you don't agree:


Listening to Afrodisiac now, it's hard to fathom why this disc wasn't massively successful. Perhaps it was the rise of grunge in the early 1990s; maybe it was the decline of shoegaze (punctuated by the decades-long hiatus of My Bloody Valentine after two acclaimed albums in the late '80s/early '90s). Or more likely (and in Chavis's later estimation), Mercury just didn't know how to promote and market a black alt-rock band. According to the band, the label attempted to pigeonhole and shoehorn the group into specific genres and expectations, and The Veldt wasn't about that at all. Reportedly, matters came to a head when Mercury sent the band out as an ill-advised opening act for The Smithereens, a situation not satisfactory for either group. The Veldt asked to be taken off the tour, and from that point onward things deteriorated between them and Mercury; the band earned a reputation in the industry as difficult prima donnas. 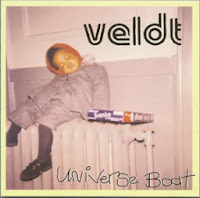 After leaving the label, the group released two follow-up albums, 1996's Universe Boat on small indie label Yesha Recordings and Love At First Hate on End Of The World Technologies (their own label) in 1998. Both discs, while good, were poorly supported and little-heard. The Chavis brothers subsequently threw in the towel on The Veldt, and morphed into New York City-based alt-rock band Apollo Heights. Apollo Heights released the amusingly (and appropriately) named album White Music For Black People in 2007, assisted once again by their old friends from The Cocteau Twins, and new friends such as members of TV On The Radio.

I think that in many ways, The Veldt was a band both before and after its time. "Before", in that it took the music industry a while to catch up with what The Veldt was about. But I think in recent years, they 'got' it, based on the success of rock bands with black/African-American members like TV On The Radio and Bloc Party. And "after", in that The Veldt was committed to a style and genre of music (shoegaze/dream) that had pretty much run its course just as they peaked.

But like merry-go-rounds and men's fashions, things tend to come around once again. The Chavises recently reunited The Veldt, and for the past two years have been playing to appreciative audiences around the country. I think that, like the labels, music fans also finally 'get' them as well.

And speaking of 'get', here's something for you to have, too: The Veldt's Marigolds EP, released on Stardog Records in early 1992. Enjoy, and as always, let me know what you think.