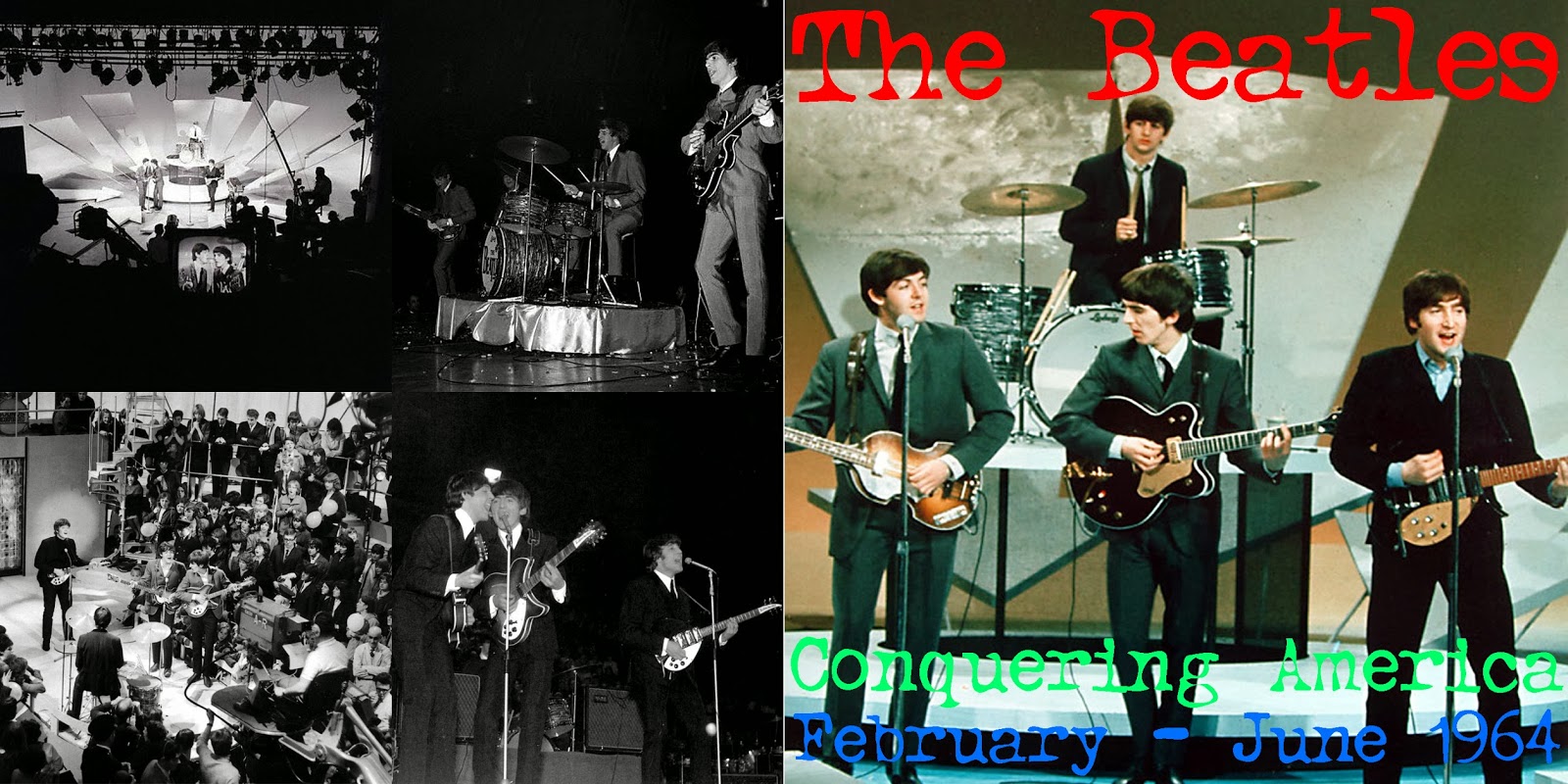 Well . . . here we are - the 50th anniversary of one of the landmark dates in popular music history. On a Sunday night fifty years ago today, an estimated 73 million people (nearly 50% of all televisions existing in the U.S.) tuned in to watch The Beatles debut on CBS's Ed Sullivan Show, an event that signified not only the start of the storied British Invasion, but also the dawn of the modern rock era. Their appearance was the first of three consecutive appearances on Sullivan during the month of February 1964.

Now today, everybody and their cat and dog is going to inundate you with stories, memories, recollections, commentaries, critiques and dissertations on and about this performance. It's going to get old very quickly, even for the most dedicated and patient Beatlephile. Therefore, I'm going to keep this short.

These two discs include the music from all three Sullivan shows (the songs shown on the February 23rd program were actually taped in the theater during the afternoon of the 9th, prior to their evening appearance, since The Beatles were scheduled to be back in England on that later date), along with previously unreleased rehearsals for the various shows. In addition, these discs contain the entire set from their first official U.S. concert, held at the Washington, D.C. Coliseum on February 11th, 1964 [side note: This isn't a plug, but I heard a very good story yesterday on NPR about this venue (now a dilapidated warehouse used as a parking garage), the event, and some of the people involved with it - here it is, if you'd like to have a listen; it comes highly recommended]; music from the Around The Beatles UK TV program from April 19th, 1964; songs from the NME 1964 Poll Winners Concert held two weeks later; and excerpts from a Danish show the band played that June. The most unusual addition to this set is a spoof of Shakespeare's A Midsummer Night's Dream the boys participated in as part of Around The Beatles - George played the part of Moonshine, Paul Pyramus, Ringo Lion and John played Lady Thisbe(!).

Considering the non-stop screaming, the sound from the Washington concert is actually pretty good, and unlike concerts to come in the very near future, The Beatles made an effort to stay in tune and put on a good show. However, the Copenhagen show recording is atrocious . . . but Purple Chick did the best it could with them, as always. Don't blame them for the quality of this part.

So, here you are - The Beatles' Conquering America set, the definitive record of the Fab Four's first visit to the United States and the immediate aftermath, released by our friends at Purple Chick in 2008. For those of you who were lucky enough to be alive to see the band on Sullivan all those years ago, I hope that this set brings back fond memories for you. For those of us who didn't exist yet, this set helps us revel in the excitement and optimism from that period, and realize what we missed. Either way, enjoy - and as always, please let me know what you think.

Oh, and I mentioned a special treat, didn't I? 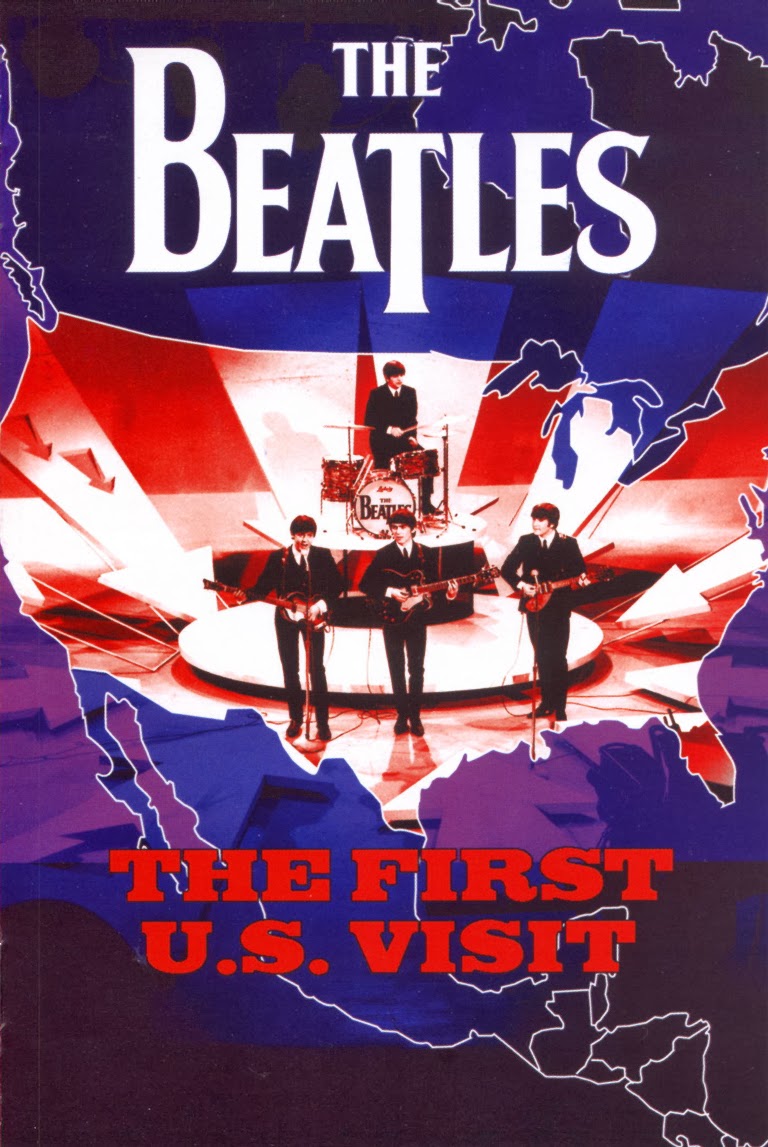 Just before The Beatles left for America in February 1964, the British TV company Granada contracted with two American documentary makers, Albert and David Maysles, to film the band’s first visit to the States for a 30-minute UK TV special. They were initially supposed to film just the arrival at JFK and related ceremonies. But the movie makers and The Beatles got along so famously that the band asked them to stay and continue filming for several more days. A miniscule amount of the footage the duo shot made it onto British TV later that month. But the Maysles brothers went on to make a feature-length theatrical documentary from the extensive amount of footage they shot with the group. The film was called What’s Happening! The Beatles in the U.S.A. But unfortunately due to the impending release of the band's first movie A Hard Day’s Night later in 1964, the Maysles’ film was shelved, and was never released commercially to theaters, only shown occasionally over the years at a couple of film festivals.

However, in 1991, Apple released an edited version of the Maysles' film (subsequently reissued on DVD in 2004) called The Beatles: The First U.S. Visit. This edit combined some of the content from What's Happening! with other footage from that February 1964 trip including clips from Ed Sullivan and newsreels, replacing a lot of footage centered around Brian Epstein.

This film is great in that it captures The Beatles in their most private, unguarded moments - outside of the studio/concert performances, nothing in this movie is scripted or pre-arranged. The Maysles got full, unbridled access to the group, and in their recordings you get to see the band cutting up, laughing and having fun - after watching this, you'll be amazed at how much their 'real' life on the road resembled what made it onto film in the purportedly fictional A Hard Day's Night. Due to the latter film, I'd always thought that The Beatles were practically imprisoned in their hotel rooms during their tours, victims of circumstance. But The First U.S. Visit includes scenes of the group having a night on the town, dancing at the Peppermint Lounge, and hobnobbing with fellow travelers on the train down to D.C.

The First U.S. Visit also includes extensive scenes with New York disc jockey Murray The K, the self-proclaimed "Fifth Beatle". Personally, I found Murray The K to be a maddeningly annoying combination of jive-talking huckster and boot-licking sycophant - so much so that I asked a friend in the know if The Beatles actually liked/tolerated Murray's crap. The word I got was that the band members actually WERE friends with the DJ, and appreciated his personality and his efforts on their behalf . . . so there you go.

I received this film the year it came out on DVD, and to this day I never get tired of watching it (neither do my kids - this, and not A Hard Day's Night, was the movie that made them big Beatles fans). If you haven't seen it before, you're in for a treat!

So here you go - a special bonus for this special day: The Beatles: The First U.S. Visit, converted to .mp4, so it's ready to watch on your iTunes after downloading. Enjoy, and Happy Beatles Day again!