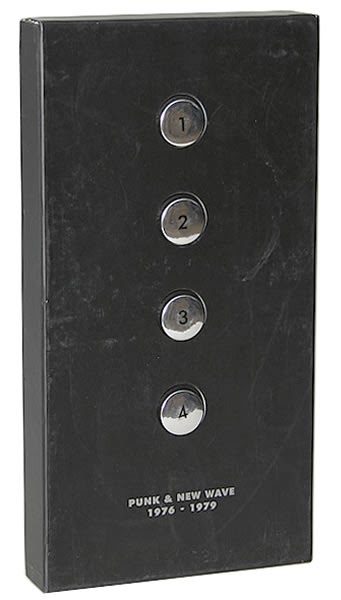 For such a precedent-shattering and groundbreaking genre, the Golden Age of punk rock was relatively short-lived. Although it's tough to nail down a definitive start to the punk era, 1975 seems to be the consensus, based on the rise that year of such New York City bands/musicians as The Ramones, Patti Smith and Television, and the emergence of The Buzzcocks and The Sex Pistols in the UK. But long before the end of the '70s, punk was already disintegrating, splintering into several different genres - post-punk, New Wave, hardcore, No Wave, Oi!, psychobilly, etc.

Even during its heyday, "punk" was more about the methods, means and attitude by which these musicians approached their music, rather than defining a uniform sound and approach. The Clash, The Jam, Talking Heads, X and The Damned are all considered some of the classic bands to come out of that era, but you'd be hard-pressed to come up with an all-encompassing description/definition of "punk" from their music. This wide variation in the sound and style of what was considered "punk" is one of the genre's strengths, but an aspect that makes the era particularly difficult to summarize and anthologize. 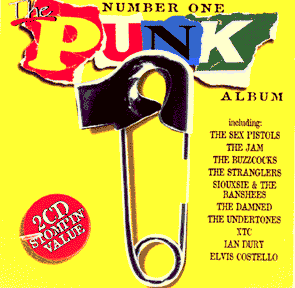 Now, I own a gazillion single- and multi-disc punk and New Wave compilations: Burning Ambitions: A History of Punk (Vols. 1 & 2); Rhino's D.I.Y. series from the mid-90s; The Number One Punk Album, and so forth and so on. I've got overviews of American punk, British punk, Australian punk - you name it. Some of them are pretty good, most of them are OK/so-so, and a couple are absolutely terrible. None of them serve to effectively capture the entire era. And for years, I figured that there would never be a release of any length that could do so. That is, until the late 1990s.

I recall reading about this set in the late winter/early spring of 1999, when I lived in Texas. There was an article about its upcoming release in one of the UK music magazines I regularly read back then - Q, the NME . . . I don't recall which one. But I do recall the glowing review the magazine gave to this box set; it completely whetted my appetite for it. There used to be a Virgin Megastore at the mall near where I used to live in Grapevine - I made a beeline down to it and immediately put in a special order for the set, since it was not slated to be released in the States. The thing finally arrived in May, a month after its UK release - a long black slab with protruding silver studs numbered "1, 2, 3, 4" on the front of the box, containing five enveloped CDs of music and a mammoth book of liner notes containing details on every single song.

Now, I'm usually against overarching compilations in general; I have been disappointed time and time again by these sorts of overviews falling short of their intentions. In my opinion, the only music comps in the past fifty years that have even come close to thoroughly cataloging and celebrating a specific genre are as follows:
The compilers do their best to pull together most of the highlights (and a few low-lights) from those years; check out the song lineup:

As I alluded to earlier, the purpose of box sets such as this one is to provide the listener with an overview of a particular era or type of music. I know full well that it's damn near impossible to include everything - that would defeat the purpose of having such a set. Instead of providing the whole kit and kaboodle, a compilation like this one should effectively answer two questions:

It's been almost fifteen years after the release of possibly the most definitive punk compilation of all time, and you NEVER hear anything about this set. In fact, 1-2-3-4 is currently out of print, which I regard as just another example of the recording industry's insanity and ass-forward thinking. This comp should never be allowed to lapse.