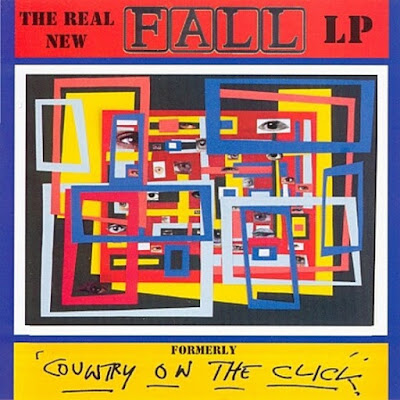 In the aftermath of the infamous April 1998 punch-up at The Fall's Brownies gig in New York, when most of the band (including longtime stalwarts like Steve Hanley and Karl Burns) permanently departed the group, Mark E. Smith and remaining member (and his then-girlfriend) keyboardist Julia Nagle quickly cobbled together some replacement musicians (including bass guitarist Adam Halal, drummer Tom Head and guitarist Neville Wilding) to constitute a 'new' Fall. This hastily assembled lineup 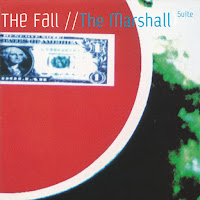 somehow managed to coalesce into a unit, and released two well-received and critically acclaimed albums, 1999's The Marshall Suite and 2000's superb The Unutterable.

But, as usual and true to form, Smith just couldn't leave well enough alone. Due to either real or contrived reasons (some reports suggested that there was a royalty payment dispute among band members, although Halal later denied this), he sacked all of the new members in early 2001, reducing The Fall to just himself and Nagle once again. After another chaotic, haphazard scramble for new members (which was apparently too much for Nagle; she too left the band that spring), another group lineup (consisting of guitarists Ben Pritchard and Ed Blaney, drummer Spencer Birtwistle and bassist Jim Watts) was assembled. I assume that in doing so, Smith hoped he could once again recapture the same sort of creative magic he got just two years earlier, from musicians not fully initiated into the whys and wherefores, the history and mythology of The Mighty Fall. Unfortunately, it didn't quite work out that way, initially. 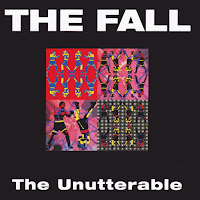 Although The Unutterable was superior to its predecessor and got outstanding reviews, its sales and chart position were significantly below that of The Marshall Suite. This was probably due to the lack of support from the band's new label; Smith attempted to parlay the success of The Marshall Suite into a better recording deal, and moved from Artful Records to Eagle Records (a division of Universal Music Group) in late 1999/early 2000. But the English label (home to ancient prog-rock groups like Deep Purple, Yes, Jethro Tull and Emerson, Lake & Palmer) didn't quite know how to market The Fall, with predictable results.

The result of this was that the band was in dire financial straits in 2001. So while it was necessary to get an album released that year to generate some much-needed revenue for the group, they really didn't have the funds to do a top-notch job of producing it. Feeling that they had been mismanaged and underpromoted, The Fall had left Eagle for Voiceprint Records earlier that year (the latter label had acquired Smith's own Cog Sinister imprint in 1997) - but this label wasn't exactly rolling in money either (Voiceprint's holding company ended up going insolvent a few years later). As a result, the first album with this latest lineup was recorded on the cheap, very quickly in subpar conditions. Ben Pritchard later described the wretchedness of the situation:


"It was a very miserable experience making that album. We were recording it in a studio where there were rats running around. There was a weightlifter's gymnasium above us, you'd be recording a take and suddenly you'd hear BOOM dropping barbells and dumb-bells on the floor and you'd have to stop and start again... I wasn't there a lot of the time they were recording that album. Just cos I couldn't deal with it. Ed Blaney, Jim, Spen, Mark, Steve Lloyd the producer was there. I didn't really know anyone, it was my first time recording and it was a miserable, horrible experience... [It was] rushed. Two or three weeks, it was done. He needed the album out, the group needed the money for it." 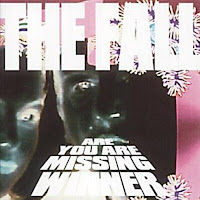 The resultant disc, Are You Are Missing Winner (released in November 2001), frankly sucked, in my opinion - full of (mostly) bad songs ill-conceived and poorly executed, recorded with a wildly uneven mix; apparently the album was pushed out the door so fast, there was little time spent properly mastering the tracks. Even Pritchard, who played on it, referred to it as a "horrible album". The critics savaged it, and it was the first Fall album since 1983's Perverted By Language to completely miss the British Top 200 charts. Are You Are Missing Winner was a trainwreck from start to finish.

In serious trouble now, the group responded by touring relentlessly during the latter part of 2001 and the first half of 2002. These shows included an extensive U.S. tour in the fall of 2001, the first in this country by the band since the Brownies debacle nearly four years earlier (I saw them play at the Knitting Factory in New York that November, during their three-night stand at that venue), along with two full-scale European 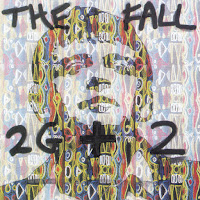 tours.  This intense series of concerts produced 2G+2, a June 2002 release (on yet another new label, Action Records) consisting mostly of live material culled from their U.S. shows, along with three new studio songs ("New Formation Sermon", "I Wake Up in the City" and "Distilled Mug Art"). This album actually charted in Britain this time; no great heights (#116), but high enough to keep the wolf from the band's door for a bit.

The scheduling of this multitude of shows, one on top of the other, had another more salubrious effect; it transformed this version of The Fall into a cohesive group, with chops honed from dozens of live performances. This group was more than ready for their next challenge; to improve upon their debut studio recording debacle.

The Fall entered Gracieland Studios in Lancashire in December 2002 to begin work on this latest release, sessions helmed once again by longtime band producer Grant Showbiz. After eight weeks of recording and a month of remixing by Showbiz and Watts, promo copies of the new album, titled Country On The Click, were made from the mixing reference discs and forwarded to selected reviewers, with an eye towards an early spring 2003 release date.

However, an unnamed and unidentified individual, for reasons of his/her own, leaked these demo versions onto the Internet shortly before the scheduled release.  As Jim Watts recalled in a post on The Fall Forum about three years ago:


"I found one of the reference CDs in a drawer recently. The leak came from those CDs and if I remember correctly there were only a handful ever made. I think I worked out exactly who leaked the album in the end. I know they meant well but at the time I was just as annoyed as Mark about the leak. I think they thought by getting it out there it reinforced our version versus Mark's but it just made a bad situation worse.

The leak version was pretty much mine and Grant Showbiz's vision. We edited and mixed all the tracks. I followed Grant's lead as at that point he was the named producer of the album and I thought we had Mark's blessing. I really wanted the album to be a lot more solid than [Are You Are] Missing Winner musically and sonically. I slept on the engineers drafty living room floor for 5 days while we were mixing in London."

The unauthorized release of these album tracks enraged Smith; just as Watts mentioned above, Mark saw it as a power move by the producer to subvert his "artistic vision" of what he wanted the release to sound like:


"Mark heard that CD and was really unhappy with it. I totally understand why, me and Grant had painstakingly gone through every single utterance of Mark's from the tapes then edited the vocals very heavily. Obviously after all my effort I was quite upset too. We fell out and Mark took the album into Dingo's studio and they worked on it."

In his rage, Smith commandeered the basic album tracks from Showbiz and, as Watts mentioned, took them to Simon 'Dingo' Archer's 6dB Studios in Salford (Mark's hometown), whereupon he proceeded to remix and partially re-record the disc (Archer's bass-playing skills were utilized in the new recordings of four songs, including "Green Eyed Loco Man" and "Mad Mock Goth"). These efforts took up most of the summer (during which The Fall made another swing through the U.S., to make up for a planned late 2002 tour that fell through). At the end of this, Smith used his remastered 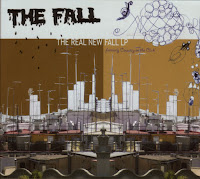 tracks to re-sequence the entire album, and renamed it The Real New Fall LP (Formerly Country On The Click). The disc was released in England in October 2003.

The Real New Fall LP (Formerly Country On The Click) was greeted with near-ecstatic reviews by the critics. A few examples of the praise for this album:


"If The Fall... have not just released their best record in a decade, they have certainly released a more consistent and accessible one, just in time for the tail-end of the post-punk renaissance."

"This is the sound, throughout, of a remarkable institution doing all the things they do best and sounding as alive as they ever have."

"Great by Smith's standards. Practically genius by everybody else's."

Smith completely disowned the leaked version of this album, and as time has passed, this initial mix has faded into the background, obscured and buried beneath the torrent of praise the released version engendered. But that isn't to say that the Showbiz/Watts version is without merit. There are significant differences in the music featured on both versions, but in my opinion not enough to sway one's overall preference from one to another. I think BOTH versions are superb. And in that, I completely agree with Watts' assessment:


"I 100% support the released version as the definitive album... But I suppose more than enough time has passed now for the leaked version to be accepted for what it is without stealing the official version's thunder now."

And here it is, for you all to listen to and accept for yourself: the bootleg version of Country On The Click, the alternate mix of The Real New Fall LP, released under shady circumstances onto the Internet in early 2003. Enjoy, and as always let me know what you think.