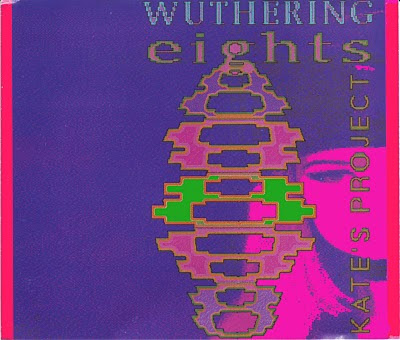 When I first got to Christchurch, New Zealand, a new acquaintance provided me with a couple of free passes to The Club, an upscale "members-only" booze-and-dance palace located in the old Courts Buildings on the corner of Armagh and Durham Streets, right on the Avon River and just down the street from the Park Royal Hotel and the then-under construction Christchurch Casino. From those first visits, The Club quickly became my locale of choice every weekend. I made friends with the manager and all the staff, and as such, although I never was a member of the place, I never paid a nickel to get in during my time there. The Club was MY place, and I brought a lot of people along to check the place out, who also became regulars.

In the early 1990s, The Club was the preeminent dance club in Christchurch, due in no small reason to the DJ there, Sam. Sam was a black dude from Los Angeles who remained in New Zealand after the end of his Navy duty in Christchurch. In his years there, he had established himself as the top DJ in town, with his regular weekend gig at The Club and a thriving DJ-for-hire business he started there, working weddings and other events. Sam had connections all over town and back home in the U.S., so this guy always had the hottest cuts as soon as they were available, a key factor in a country were new music took weeks or sometimes months to arrive. Sam and I got to be pretty good friends over the years there; I eventually served as one of the groomsmen at his wedding.

Anyway, one night in 1993 at The Club, Sam played a thumping, Hi-NRG remix of Kate Bush's "Wuthering Heights".


The song completely rocked the house - everyone there loved it, and it became a semi-regular staple of his set in the following months. I never thought to ask him about who the artist was; I just enjoyed the music.

I left Christchurch in 1995, but returned in 1998 to visit my old home and see all of my old friends. Sam was still in town, and still doing his weekend gig at The Club, so of course I went over to see him as a surprise. He was very happy to see me, and in between changing music, he and I had a very long conversation about our lives over the past couple of years. After an hour or so, I had to leave. But before I did, I remembered to ask him about that long-ago Kate Bush remix. He laughed, reached into his stacks, came up with the CD and handed it to me with a smile, saying "It's yours now." That Sam was a good man.

Anyway, here it is, the Wuthering Eights EP, a three song remix done in 1992 by a group called Kate's Project. I know nothing about this band, although from the sound of the music, I would venture to say they were European, most likely from Italy (that Italian house vibe runs throughout the songs). If you liked Utah Saints' "Something Good", which sampled Kate Bush's "Cloudbusting", this'll be right up your alley.

To quote my friend Sam, "It's yours now!" Enjoy.