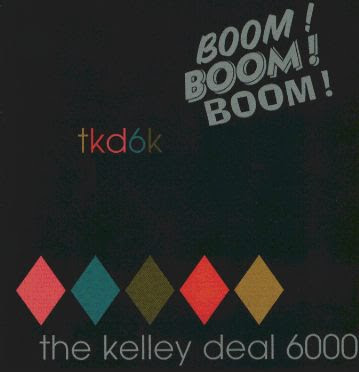 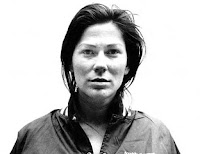 I first met Kelley Deal in 1995. I was in my final few months of living in Christchurch, New Zealand, when I read in the local music paper that the Breeders were headed to town on the Asia/Pacific leg of their world tour in support of their blockbuster album Last Splash. Being a Pixies fan, I idolized Kim Deal, so I was fully into the Breeders at that time. In fact, I went to their show (for the Pod tour) at the 9:30 Club in Washington, DC just before I left for NZ. New records were always slow to get to New Zealand, so I had a friend mail me a copy of Last Splash the moment it came 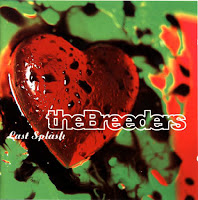 out in the States. So I was practically the only person in town who had fully absorbed their new album by the time they made their swing through Christchurch. I was so jazzed about seeing them, that I took the morning off of work to rush down to the box office (in a converted theater in Cathedral Square, around the corner from Lochinvar's Irish Pub), arriving early for what I just KNEW would be a huge line for tickets to the show. However, when I arrived early that morning, there wasn't another soul in sight, and in the couple of hours that passed as I stood there, not a single other person joined the ticket line behind me. When the window opened, I quietly paid for tickets #0001 and #0002 (don't know why I bought two - my girlfriend at the time was not a fan, and I couldn't think of anyone else who might have wanted to go - I guess I wanted a souvenir) and left.

On the day of the show, a week or so later, I arrived extra-early, in order to get a good place in front of the stage, and (hopefully) to meet some of the band members and get some autographs, especially Kim's. As I approached the bar in the back of the place, I immediately recognized the Breeders' bassist, Josephine Wiggs, standing with one of the Deal twins, who I assumed to be Kim. I sidled up to them, trying to act all cool and nonchalant, and spouted off a "Hi Josephine! Hi Kim!" greeting. Of course, I was wrong - it wasn't Kim I was talking to, but Kelley. Anyway, she turned out to be as super-cool and nice as could be - I think that she was just happy to be talking to an American in the middle of New Zealand. We spoke for a long time before the show, talking about the tour and life on the road and all. She called her sister Kim over and introduced me to her, and just before they went on, the whole band signed my copy of Last Splash with the pen I brought. I stood in the front row the entire show (which was packed - I guess the line appeared AFTER I bought my tickets), and at the end of it, Kelley leaned over and handed me her guitar pick. Overall, it was a great night.

In the following months, I moved back to the U.S. from New Zealand, and the Breeders imploded, helped along by Kelley's problems with the law, related to her getting busted by the feds after receiving a half-pound of Black Tar heroin in the mail. I entered grad school, but still found time to see bands now and then. Kelley did a drug rehab stint, and started a new band, the Kelley Deal 6000. It seemed that everywhere I went for the next year of so (I traveled a lot during the second semester, interviewing for summer intern work), Kelley and her band were there as well, so I ended up seeing a lot of their early shows. DC: New York: Cambridge, MA - I went to all of those performances, and made a point of trying to say Hi to her at each one.

After grad school, I got a job with a company in Texas, and moved the the Dallas area. Sure enough, a month after I got there, the Kelley Deal 6000 came to town, to play a funky little bar in the Deep Ellum area. Of course, I went to the show, and got there early enough to speak with Kelley. I said hello to her, mentioned that I had first met her in New Zealand, and talked about all the other places I saw her band. She looked hard at me, and said "****** [my name], right? I REMEMBER you!" From then on, we became friends. We exchanged addresses that evening, and every once in a while I would hear from her from her home in Minnesota. She came to Dallas twice more in the first year I was there, and each time we hung out together before and after the show. The last time, I brought my girlfriend along, a big Breeders fan who didn't really believe that I knew Kelley Deal that well. Her doubts were extinguished upon our arrival at the club, where Kelley was standing outside the door. She looked up, shouted my name, and ran over to hug me. Later that night, during the encore of "I Wanna Be Your Dog", Kelley pulled me up on stage to sing backup with the rest of the band. It was a pretty cool night, to say the least, and my girlfriend was most impressed.

At that time, the band was touring on its second (and last) album, Boom! Boom! Boom!, released by New West Records in 1997. I've always considered this album superior to the band's 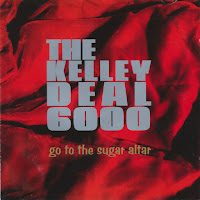 debut, Go To The Sugar Altar. The song structures and sequencing seem to be a lot more focused here, and the band even experiments with some different sounds and arrangements, as can be heard in songs such as the all-drum "Total War" and the warm but eerie "Scary". I would have loved to have seen what the Kelley Deal 6000 would have done on subsequent albums. But the band went on indefinite hiatus in 1998, and Kelley rejoined the Breeders in late 2002, where she remains.

Many years have passed now, and Kelley and I have long since been out of touch. It's doubtful that after all these years she even recalls my name or who I am; if she does has any recollection, it's probably just that of another fan getting into her face. Oh well. For a brief moment in my life, I was happy and proud to call someone as cool as Kelley Deal my friend, and I wish her the best in everything she does.