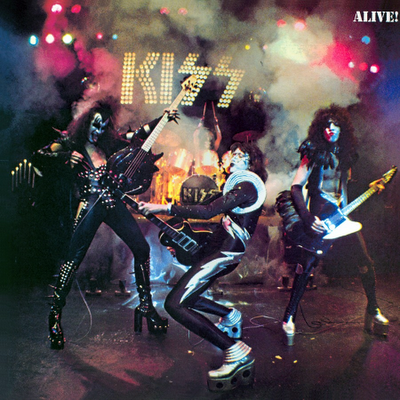 The summer of 1975 was a golden time for me. I had just finished elementary school in Annapolis, MD, back in the days when summer vacation was almost a full three months (is it just me, or are school years getting longer and longer now?). My siblings, family and I took full advantage of that time off (my dad was a professor at the Naval Academy, so his summers were relatively light). That summer was the year both Kings Dominion and Busch Gardens Williamsburg opened, and we went to both amusement parks in their inaugural seasons. The neighborhood I lived in was full of kids, and we all spent plenty of time together - playing 'guns' in the woods on the hill behind our houses, or climbing the fence at the edge of the housing area and going down to explore around Shady Lake, or "borrowing" Big Wheels and having races down Suicide Hill (complete with spectacular wipeouts - amazingly, no one got really injured). That was the year I learned to swim at the local pool, and my friends and I would spend all day there, splashing in the water while the big hit of that summer, Elton John's "Philadelphia Freedom", played almost nonstop in the 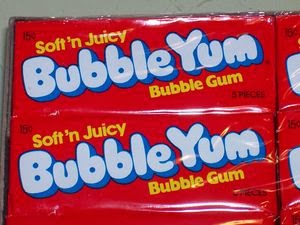 background. Then we'd line up at the pool snack bar to buy Starburst fruit chews and a new kind of gum that had just come out earlier that year, Bubble Yum. It was a great summer, the best I'd ever had at that point.

Then in September, the school year began, and I found myself being bused downtown daily to Wiley H. Bates Junior High School. Thus, the horror began (cue screeching violins) . . .

Bates Jr. High was a crumbling, decrepit boneyard of a facility, located on Smithville Street in a lower-middle class section of Annapolis. The school was full of streetwise kids from other, tougher areas of the city - kids who wouldn't think twice about skipping class, mouthing off to teachers and administrators, or kicking your ass after class for no other reason than that they felt like it. The counselors and other admin personnel there reflected that sort of mean-spiritedness; the head counselor, who I'll call Mr. C., was infamous for the paddle that he kept in his office and reputedly used liberally on the 'bad kids'. A lot of the teachers there didn't seem to give a crap, or at best were just going through the motions of educating their class. I will never forget the science teacher I had that first year (we'll call her Mrs. G.) - I endured her borderline-insane classroom tirades and actions on a daily basis, and learned absolutely nothing in that class, other than that some people were crazy as loons.

The very air of that building reeked of menace, and trouble seemed to lurk around every shaded corner of those dark and filthy halls. After spending my previous year of school in the relative calm and nurturing atmosphere of West Annapolis Elementary, coming to Bates Jr. High was like entering Purgatory - not just for myself, but for many other 'good' kids who didn't come from that rough background. I hated almost every minute of the two years I was there, and was very happy when my dad was transferred to Massachusetts and took me away from there.

[Side note: For some reason, some folks in Annapolis have a warm spot in their hearts for that shithole. The city finally closed the school in 1981, and for years it stood empty - a bleak, vermin-infested brick tombstone in the center of that neighborhood. If I had been in charge of things, I would have personally slammed the cast-iron wrecking ball against those walls within two minutes of them nailing the doors shut. But somehow, someone conned their congressman or something into having the place listed on the National Register of Historic Places (for God knows what reason), saving it from becoming landfill. Today, the building has been turned into senior housing and a boys and girls club. That's great, but they still should have torn the bastard down. If my words sound harsh, so be it - I had a miserable experience there.]

That's not to say that EVERYTHING was bad about the school. A few of the teachers worked really hard, and really seemed to care about their profession and their students. I was lucky enough to study under a couple of them, including Mr. Myles for social studies (hands down, one of the best teachers I ever had) and Mrs. Mallow, who saw something in me that caused her to give me a coveted part in the school play, embarking me on the first step of a lifetime in the lively arts.

I also had a superb music teacher, whose name escapes me at the moment. The great thing about his class was that every Friday, he would allow one of his students to bring in any album of their choice, which the class would listen to for the entire period. He didn't care what it was - Cheech & Chong, Iron Butterfly, Sly & The Family Stone - if a student brought it in, he would play it. So I got to hear a lot of stuff in there I had never had the opportunity to hear before.

One Friday, it was a long-haired tough kid named Albert's turn to bring his record in, and he brought Kiss's double-disc live album Alive!, released on Casablanca Records in September 1975. At that point, all I knew of Kiss was that they were the band that had the black and white painted faces, and played music I really wasn't interested in. At that time, the big hits were AM radio fare, by musicians like the Captain & Tennille ("Love Will Keep Us Together"), Glen Campbell ("Rhinestone Cowboy") and KC & The Sunshine Band ("Get Down Tonight"). Keep in mind that during this era, lightweight musical garbage like "Billy Don't Be A Hero", "The Night Chicago Died", and "Junk Food Junkie" were HUGE hits, and very popular, especially with kids. And when you were a nonrebellious kid at that time, that was the sort of stuff you listened to and liked.

So hearing Alive! for the first time was an ear-opener for me. I wasn't (and still am not) a big hard rock fan, but on that day I really got into many of the songs, including "Firehouse" (with that cool blaring siren at the end, whipping the crowd into a frenzy) and of course "Rock N Roll All Night". But the thing that really got to me was the album cover itself. In Alive!'s cover picture, the band strikes some of the most insane, mind-melting rock poses EVER! It almost seems like they're actually in motion if you stare at it too long. The outfits, the platform shoes, the smoke, the band positioning - this is damn near the perfect rock album cover. I knew kids who used to spend hours in front of the mirror, trying to exactly emulate Gene Simmons' or Peter Criss' stances.

Overall, I enjoyed this album very much, a rare moment of sunshine breaking through the eternal black cloud hanging over Bates Jr. High. I liked it enough that I remembered it as I got older, and years later made a point of buying it for my own collection. Alive! is well deserving of its place in the Rolling Stone 500 - however, if there ever was an Album Cover 500, this one would surely be in the Top Ten!