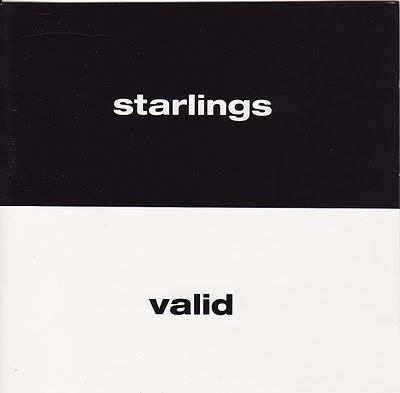 In the late winter/early spring of 1993, just before I packed up and moved to New Zealand, I was lucky enough to hear some really great music by some then-unheralded bands. I was living in the DC area at the time, and by then, grunge had been going strong for almost two years. The local 'alternative' station, WHFS, had fully jumped aboard the bandwagon, and was rapidly devolving into an "all grunge, all the time" format (a move that was probably no small factor in the venerable station's decline and failure a few years later).

However, a couple of 'HFS DJs still showed some flashes of the old independent spirit, and dared to play some groundbreaking stuff. In those few months, the station began playing a superb little Pixies-esque LOUDquietLOUD song called "Creep", by an unknown English band called Radiohead. They also occasionally played a roaring guitar anthem, "That Ain't Bad", by a little-known (in the States) Australian band named Ratcat. 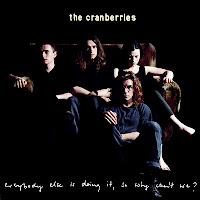 They were playing The Cranberries' debut album, Everybody Else Is Doing It, So Why Can't We?, practically from the moment it came out in March of that year, nearly a full year before that album and its lead single "Dreams" became mainstream U.S. smash hits [side note: I loved that band from the get-go, bought that album immediately, and brought it with me to New Zealand, where The Cranberries were equally unknown. It was amusing when, months later, I bagan to hear raves from my friends in the States about this amazing 'new' Irish band and their great song . . .].

And then there was "That's It You're In Trouble" by The Starlings, another song in semi-heavy indie rotation at WHFS that I really enjoyed:


I think part of the appeal this song had for me was that the band was made up of New Zealanders, my soon-to-be home country, and it made me look forward that much more to moving there and really getting into what appeared to be a cutting-edge music scene.

The Starlings were essentially Chris Sheehan, a young guy originally from Christchurch (the place I was moving to). Sheehan was somewhat of a musical prodigy, so much so that before he turned 18, he became lead guitarist for the popular Kiwi New Wave band the Dance Exponents. He stayed with the Dance Exponents for three years, then followed a buddy to Los Angeles, where he found himself serving as a guest musician on the debut album of his buddy's girlfriend, Jane Wiedlin (ex-Go-Go's). He was in L.A. for only a year or so, before drifting over to London, England and starting to record solo records under the name The Starlings. 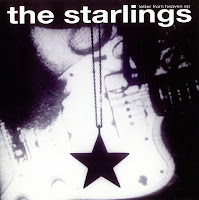 Early results were promising, and on the strength of an EP (Letters From Heaven) he released on Rough Trade in 1990, Sheehan/The Starlings were signed to Anxious Records, Dave Stewart's (ex-Eurythmics) personal label. And that's when the problems started.

One thing Sheehan didn't bring with him to London from the States, but picked up quickly, was a very serious heroin habit, which of course significantly reduced the volume and quality of his output. He was in pretty bad shape for the two-plus years following the release of his Rough Trade EP, but in 1992 he began trying to pull himself together. He entered drug rehab and began work on The Starlings' debut album, Valid. Valid is essentially a chronicle of Sheehan getting onto and off of the Horse, and its making was apparently theraputic for him; he got out of rehab the same week the album was released in 1993.

In addition to "That's It You're In Trouble" (my personal favorite here), there are a lot of good songs on this album, and it got glowing reviews upon release. But in terms of sales, Valid sank like a stone. Sheehan was ENORMOUSLY pissed off at his album tanking, and placed the blame squarely on his record label, which did little to promote it (I'm not sure they really had the money to do so). Sheehan was so ticked off, in fact, that he quickly returned to the studio and recorded an album's worth of splenetic, vitriolic songs holding nothing back regarding his anger at and contempt for his label, calling the album Too Many Dogs. 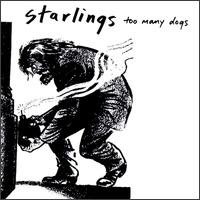 In its own twisted way, Too Many Dogs is a "Fuck You" masterpiece, fairly dripping with bile and venom, but it did nothing to endear him to his label executives. They buried this one even deeper than his debut.

Anxious Records got the last laugh on Sheehan, though. Even though they were livid about Too Many Dogs, they went ahead and allowed Sheehan to record a followup to that album, making him think all was well. The moment he wss done, they told him they were NEVER releasing the album, confiscated the tapes, then unceremoniously threw his ass out of the building and off the label. The guy's been on the fringes ever since, working as a guest/backup musician-for-hire for several other bands.

Just goes to show you: if you can't say something nice about someone . . .