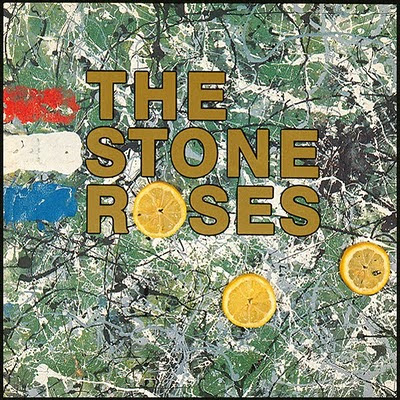 For a very brief time in the late '80s/early '90s, maybe two years tops, the Norfolk/Virginia Beach, VA area hosted an outstanding alternative music radio station, the callsign of which escapes me at the moment (if anyone knows or remembers it, I'd really appreciate you reminding me of it). The folks who put that station together had a lot of courage - the Hampton Roads area isn't exactly a hotbed for that type of music. Rap, country and Jesus music are more to the public's tastes down there. Due to this, in hindsight, although I and many others who loved the station were shocked and saddened by its sudden disappearance from the airwaves in early 1991 (replaced by a talk radio format), we really shouldn't have been THAT surprised at its demise.

But during its brief lifespan, the station went all out to cater and respond to its devoted listeners. They had a visible presence around the campus of Old Dominion University, and at the rare appearance of a decent band in Norfolk (for example, they were prominently involved in the B-52's show at the late, lamented Boathouse downtown during the band's 1989 Cosmic Thing minitour). They sponsored "New Wave Nights" at various clubs and bars around town every week, where you could go and hear/dance to stuff you wouldn't usually hear in town, like Depeche Mode and Peter Murphy. And their request line was always open, and they would play practically anything you asked for. I recall calling in a request while driving home from work one day, then smiling to myself a few minutes later as the song "Anthrax" screeched and thumped out of my car windows, thinking (probably rightly) that that was the first time a Hampton Roads station ever playing Gang Of Four on purpose!

It was while listening to this station one late summer afternoon in 1989 that I heard "Fools Gold" by The Stone Roses for the first time. I was driving to Lynnhaven Mall in Virginia Beach when they began playing the nine-minute plus album version of this song (not the 3-minute radio edit).


I was completely mesmerized, so much so that I pulled over into the parking lot of a KFC and sat there listening with the engine running until the song was complete. I was like, WOW, and as soon as they IDed the song and band, I continued on to the mall, ran into the record store there, and picked up a cassette copy of the album. I put The Stone Roses in my car tape player, where it remained for the next several weeks. That album was like my soundtrack to the last half of that summer.

At that time, the sound of The Stone Roses was unique, sort of a hybrid of the English guitar rock pioneered by the recently disbanded Smiths, coupled with the rhythms and sensibilities of the acid house sound that had swept Britain and all of Europe the year before. However, The Stone Roses didn't start out with this new sound in mind.

The band was formed in 1985 in Manchester, England, working the clubs there and earning a popular local following. In the early days, The Stone Roses were more of a heavy metal/goth rock(!) band. After a couple of years, their sound began moving more towards the jangly Smithsesque guitar sound sweeping the country at that time. If you listen to one of their early singles, "Elephant Stone", released on Silvertone Records in 1988, it's got the Smiths' fingerprints all over it.

The band kept gigging and refining their sound, so by the time of their first album release, also on Silvertone in June 1989, they had not only arrived at this neo-psychedelic house/guitar groove, but also found themselves at the forefront of a new musical movement. With the massive national success of The Stone Roses, several similarly-sounding bands sprung up in its immediate wake - Inspiral Carpets, The Charlatans UK, and especially The Happy Mondays. Music magazines gave this movement a name which would soon reverberate around the world: "Madchester".

Although they basically started the Madchester sound, The Stone Roses did not benefit from it as much as their followers did. In 1990 the band attempted to get out of their contract with Silvertone Records to sign with another, larger label. Silvertone retaliated by filing suit and having a court injunction issued that prevented the band from releasing any new material until the case was settled. It took two years for the case to be heard, during which time The Stone Roses basked in the celebrityhood created by their first album, but did nothing much else.

In early 1992 the case was resolved in the band's favor. They quickly signed to Geffen Records, and ostensibly began work on their long-awaited follow-up to their debut. In reality, however, the band members were a bunch of lazy sods, and only visited the studio haphazardly, producing dozens of half-finished recordings. Most of the rest of the time, they just dicked around at home, doing nothing but watching TV. This went on for nearly three years, until finally Geffen put its foot down, and threatened to cut off their money supply.  This threat served as 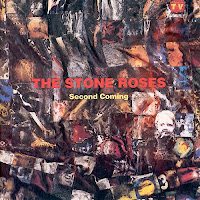 impetus for the band to finally finish the album. Second Coming was released in December 1994 to a completely underwhelming response, and faded quickly from the charts. Due to their sloth, the band had squandered its chance. Oh well - at least the first album existed, to cement their legacy.

One last Stone Roses-related memory: In the fall of 1990, I found myself in Bahia Blanca, Argentina, a small, dingy city about 400 miles southwest of Buenos Aires. Buenos Aires is renowned as a city of beauty, culture and excitement - Bahia Blanca was the exact opposite. The place was dull and somewhat dusty, and soon after my arrival there I was counting the days until my departure.

I spent my first full day there wandering around town, seeing whatever mediocre sights there were to see and drinking a lot of cheap Argentine beer. In the early evening, on the advice of a local, I sauntered over to a bar/disco near the center of town that this guy assured me would be hopping that evening. However, when I arrived at the place, there were practically tumbleweeds blowing across the joint. I would have left, but there was literally nothing else to do in that town, so I found a stool at the nearly empty bar, ordered a beer, and sat waiting for something to happen.

The bartender assured me that, once the DJ arrived and started playing, the place would fill up. Sounded like bullshit to me, but I stayed another hour or so until the DJ arrived and started setting up. I was sitting there staring into space and lamenting my fate, so I heard but didn't really hear the music coming over the PA as the DJ put his first record on. In addition to not really paying attention, the tune started off very low, a quiet ringing rumble punctuated by bass notes here and there. But as the song began to build, it finally took hold of my brain, and I began to smile in disbelief - "No way! He's not playing THAT here!" I was still unsure until the guitars finally kicked in, then I grinned with certainty. Here at a nothing little bar in Nowheresville, Argentina, they were playing "I Wanna Be Adored" off of that first album!


That song set the tone for the night for me, and I ended up having a great time there, and came to enjoy the rest of the city. See - the Stone Roses know no borders!

Enough of my prattle - here's the music. Enjoy: