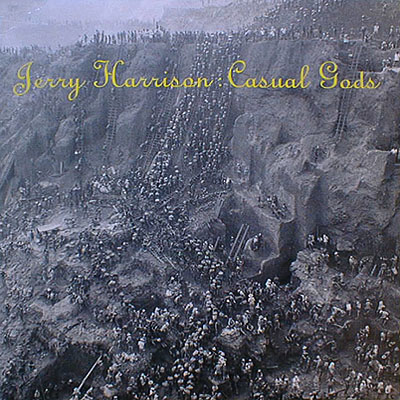 Jerry Harrison gets no respect.

Here's a guy who was a major contributing member of not one, but TWO seminal bands - the first a hugely influential proto-punk group linking the arty sound of the Velvet Underground with the raucous punk rock yet to come; the second one of the most innovative and critically acclaimed bands of the 1980s - and you almost NEVER hear his name mentioned in relation to them. It's really too bad, and it does a grave disservice to what Jerry Harrison brought to each of these groups.

A talented and all-around smart guy, Jerry Harrison started playing keyboards with bands in his native Milwaukee, and continued finding groups to play with while studying as an undergraduate at Harvard. In early 1971, just before he graduated, a local musician buddy of his, a VU fanatic named Jonathan Richman, convinced him to join his band, The Modern Lovers. Within a year, the Modern Lovers were getting a lot of attention from some major labels, and in the spring of 1972 the band flew to L.A. to record some demos with John Cale, songs that were eventually released in 1976 on the now-classic album The Modern Lovers. 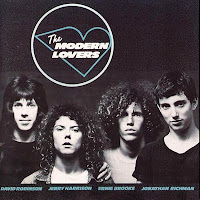 Despite all of the industry attention, a deal never came through, and by 1973 Harrison had parted company with Jonathan Richman and returned to Harvard to teach.

Teaching was his gig in Cambridge for the next couple of years, along with playing music with several local bands. Then Harrison began a new course of study in architecture at Harvard. One night in April 1976, he went across the Charles River over to Boston, to the Berklee School of Music there to check out a visiting band, a quirky New-York-by-way-of-Providence trio called Talking Heads. He enjoyed the show, but was convinced that the band was missing one essential ingredient - himself. He began campaigning for inclusion in the group, and by September of that year, he was a full-fledged member. Talking Heads signed with Sire Records the following year, and the rest is history . . .

When people talk about the sound or the success of Talking Heads, a lot of that discussion centers around David Byrne (of course), or the rhythm section of Tina Weymouth and Chris Frantz. Heck, even Brian Eno gets more than his rightful share of credit for the development of their sound. Many people seem to forget that Talking Heads had been playing since 1974, and had recorded several demos, but hadn't gotten anywhere in the industry until Harrison and his keyboards joined the group. It's no coincidence that the major label signing came mere months after he joined up. That fact is conveniently forgotten. In many ways, Jerry Harrison is sort of the Lindsey Buckingham of Talking Heads - the factor that pushed their respective bands over the top, that no one seems to remember or talk about (heck, Harrison and Buckingham even look somewhat alike!).

Harrison was a loyal soldier within Talking Heads, unlike Frantz and Weymouth, who chafed under the semi-benevolent band dictatorship of initially Byrne and Eno, then Byrne alone. Frantz and Weymouth's side project, Tom Tom Club, and the release of their self-titled first album in 1981, was basically an act of defiance against Byrne. Harrison also released his first solo project in 1981, The Red And The Black, 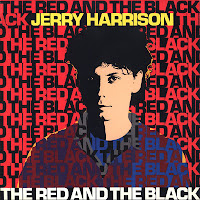 but it was done more for something to do during the band's two-year hiatus between Remain In Light and Speaking In Tongues. As a debut, Harrison's album was superb, expanding upon the sounds and ideas present on Talking Heads' Remain In Light (and using a lot of the same personnel, like Nona Hendryx and Bernie Worrell).

Harrison's second solo release, Casual Gods, came out six years later, just as Talking Heads was falling apart. "Man With A Gun" was part of the Something Wild soundtrack, and when I saw the movie that year and heard the song, I knew instantly that it was by Jerry Harrison. I think I got this album shortly after I purchased the movie soundtrack. In Casual Gods, Harrison winds down the percussive funk of his debut, moving into more of a looser, groovier, more radio-friendly vibe. That's not to say that he sold out on this album - au contraire! The songcraft and selection are totally solid, and even Harrison's singing improves slightly on this album. He even got a semi-big radio hit off of this release, "Rev It Up".


Since the demise of Talking Heads, Jerry Harrison has gone on to be an in-demand producer of successful albums for a host of bands, including Violent Femmes, General Public, Live and No Doubt. He also was one of the founders of garageband.com, which showcases unknown independent bands. His own music-making days may be over, but the guy left a small but excellent legacy of his own work behind.

Check this out, and let me know what you think. Rev it up!